Today’s CometWatch entry was taken by Rosetta’s NAVCAM on 11 September 2015, about 319 km from the nucleus of Comet 67P/Churyumov-Gerasimenko. 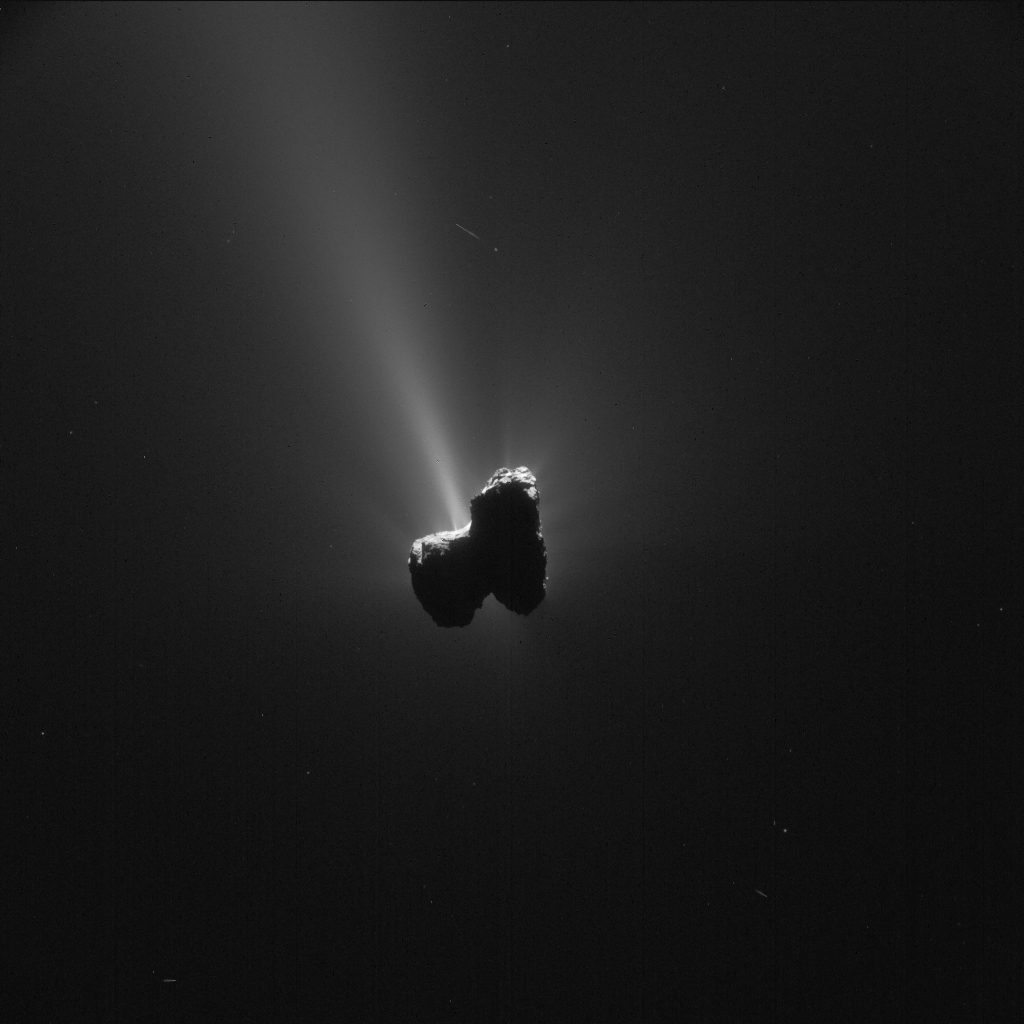 The scale is 27.2 m/pixel and the image measures 27.9 km across. The contrast was increased to reveal the comet’s activity.

In this orientation, the small comet lobe is on the left and the large lobe on the right. Rosetta was flying on the night side of the comet at the time, so most of the nucleus appears dark and stands out beautifully against the diffuse background glow of activity.

Parts of the Anubis and Atum regions are visible on the upper edge of the large lobe in this view, while Seth and Ash (below) are mostly cast in shadow. Anuket can be seen on the comet’s neck, leading to a small patch of Serqet that is visible on the top left edge of the small lobe; below these two regions, Hapi (on the neck) and Ma’at (on the small lobe) are also cast in shadow. 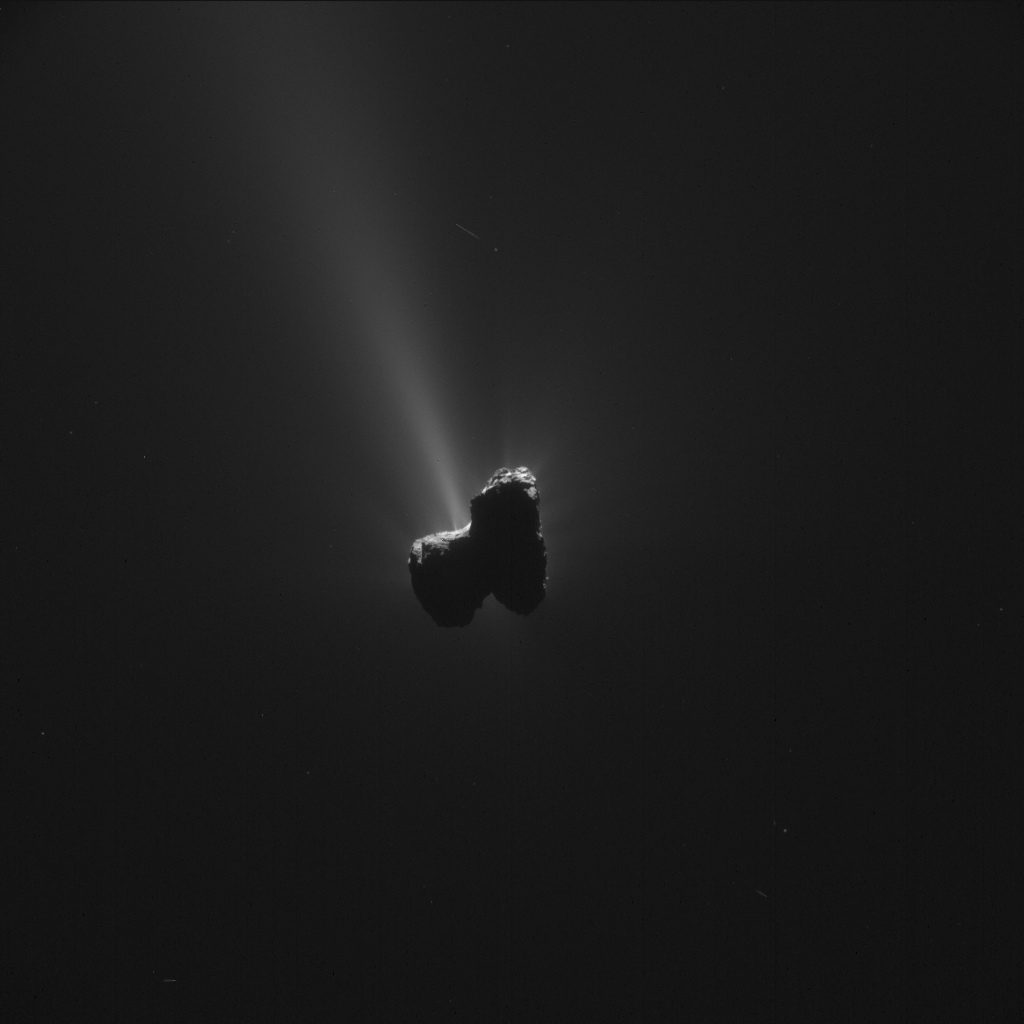