Today’s CometWatch entry was taken on 24 June, when Rosetta was 183 km from the comet Comet 67P/Churyumov-Gerasimenko. This single frame NAVCAM image has a resolution of 15.6 m/pixel and it measures 16.0 km across. 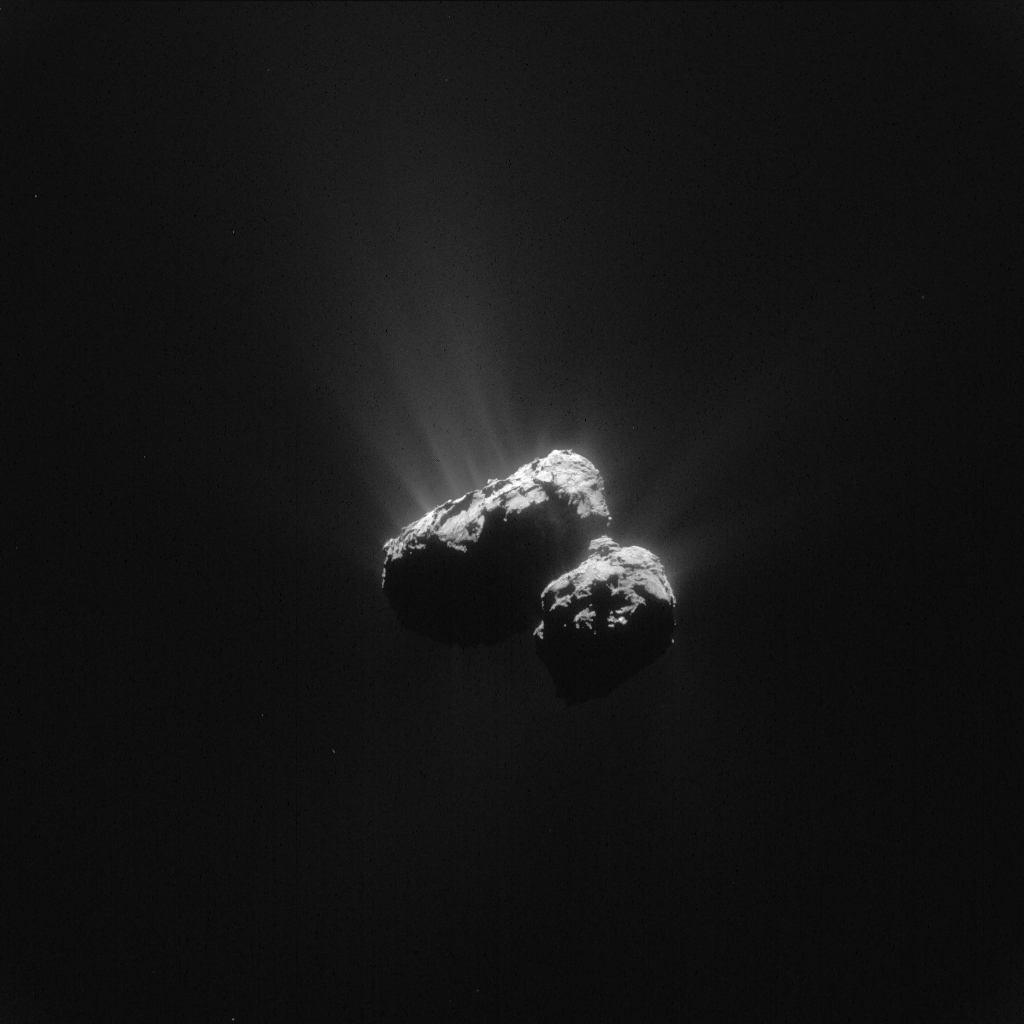 The view shows the large comet lobe pointing to the top left corner and the small lobe to the bottom right. The image has been processed in LightRoom to bring out the comet’s activity, which is especially evident in the top left part of the frame, with several jets of outflowing material streaming away from the nucleus.

On the large lobe, towards the upper edge as shown in this view, is the elongated depression of Aten. Besides Aten, to the right, the smoother terrains of Babi can be seen, and even further to the right is the slab-like feature that was featured in some previous CometWatch entries (here and here, for example), comprising portions of the Aker and Khepry regions.

On the small lobe, parts of the Bastet and Ma’at regions are visible – Bastet on the right side, Ma’at on the left – while the circular depression of Hatmehit, pointing to the lower right, is completely cast in shadow.

In the past few days, Rosetta has been as close as 155 km to the comet centre, and it will move down to 150 km this week. 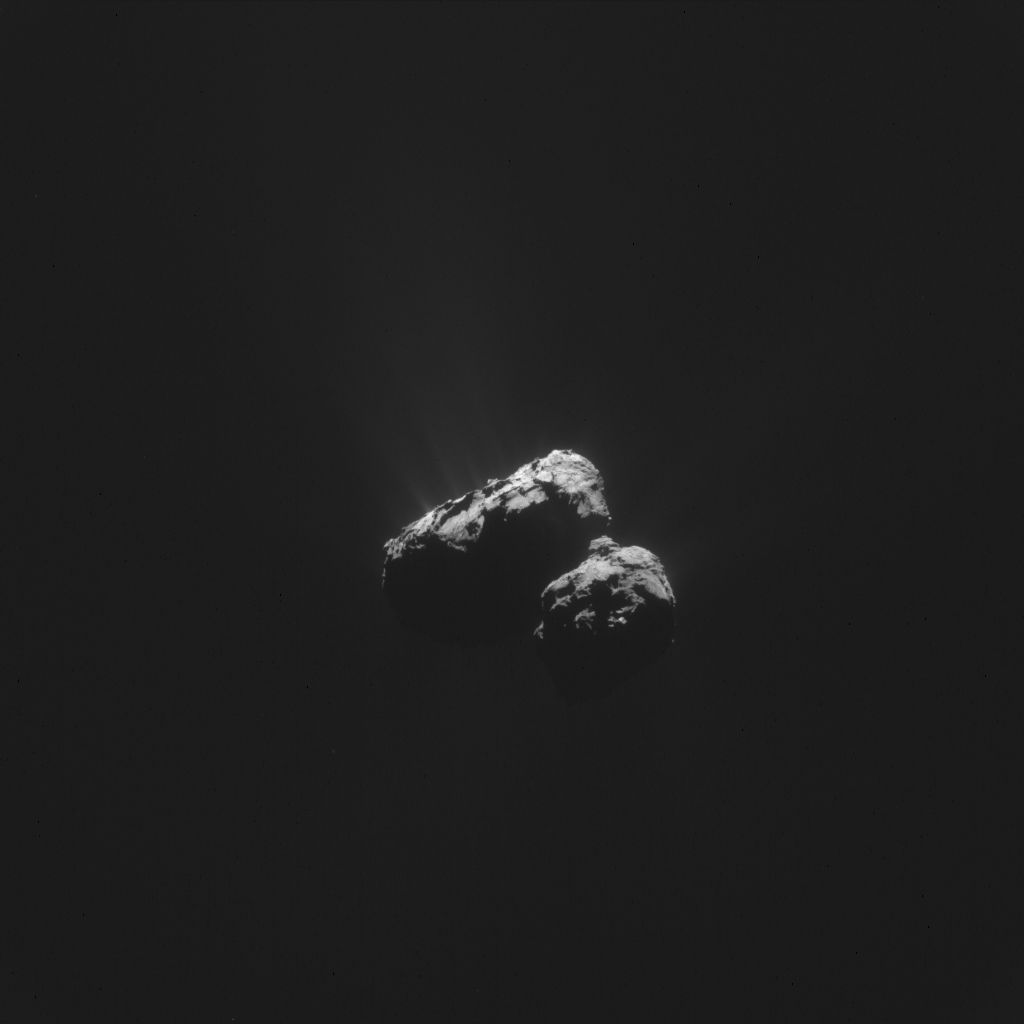