This image of Comet 67P/Churyumov-Gerasimenko was taken by Rosetta’s NAVCAM on 20 May at a distance of 163.6 km from the comet centre. It is a single frame image with a resolution of 13.9 m/pixel, and measures 14.3 km across. The intensities and contrast have been adjusted to emphasise the activity of the comet. 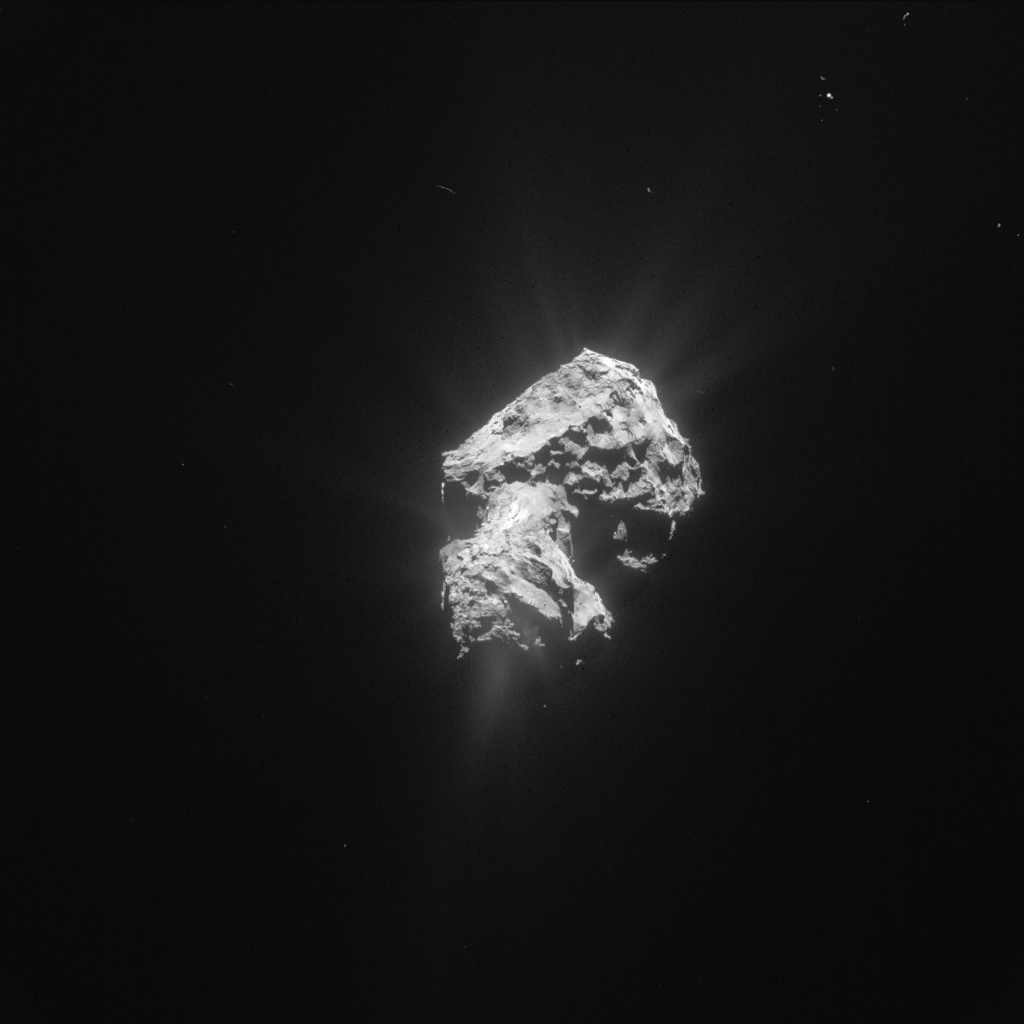 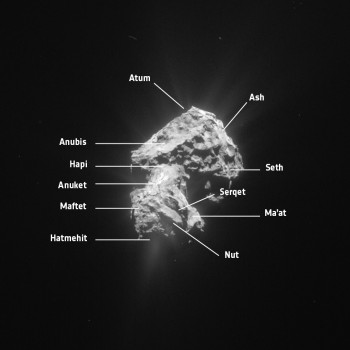 On the large lobe, the comet is oriented with the relatively smooth face of Anubis towards the top left, making a distinct boundary with the neighbouring rugged Seth region to the right.

In this view the comet also shows off the transition between the two lobes, with Anuket on the small lobe merging into Hapi at the neck. 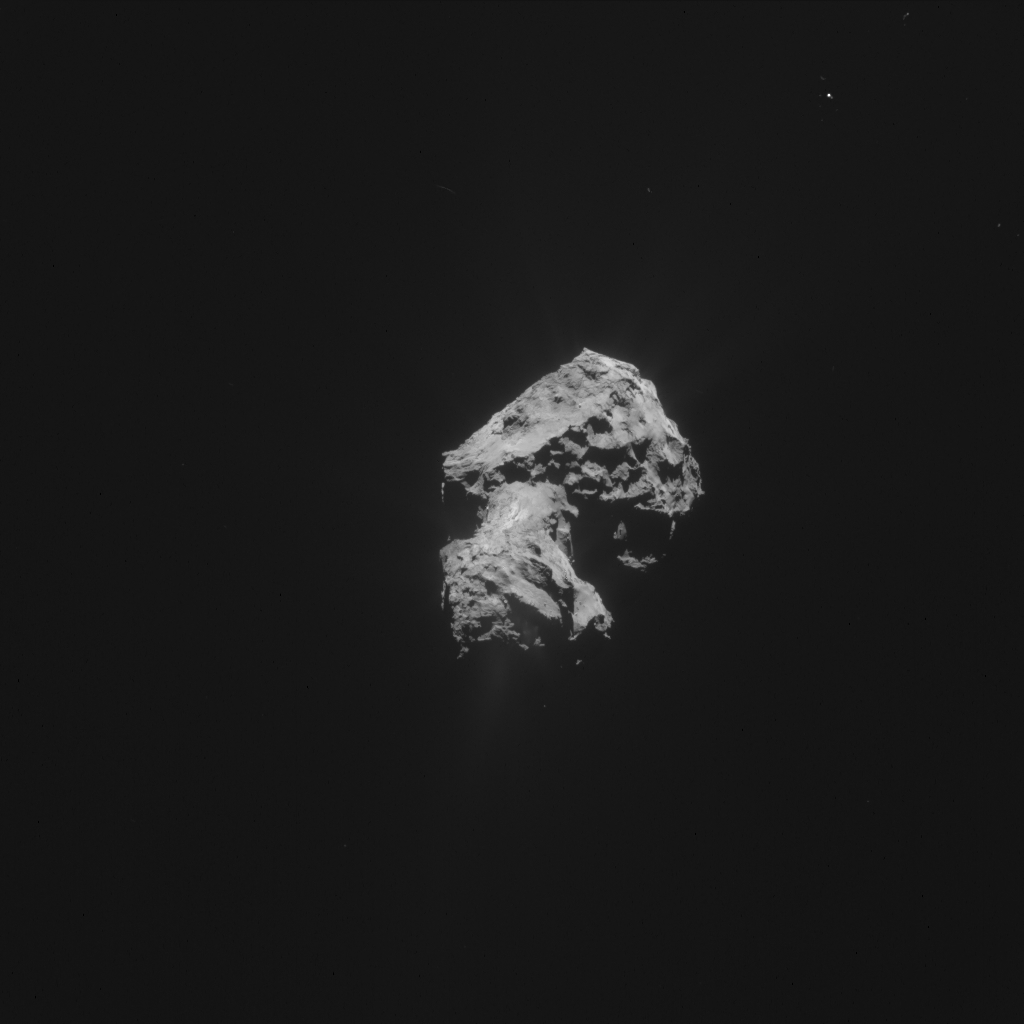