This image of Comet 67P/Churyumov-Gerasimenko was taken by Rosetta’s NAVCAM on 3 May at a distance of 135 km from the comet centre. It is a single frame image, with a resolution of 11.5 m/pixel, and measures 11.7 km across. The intensities and contrast have been tweaked to emphasise the ever increasing activity of the comet. 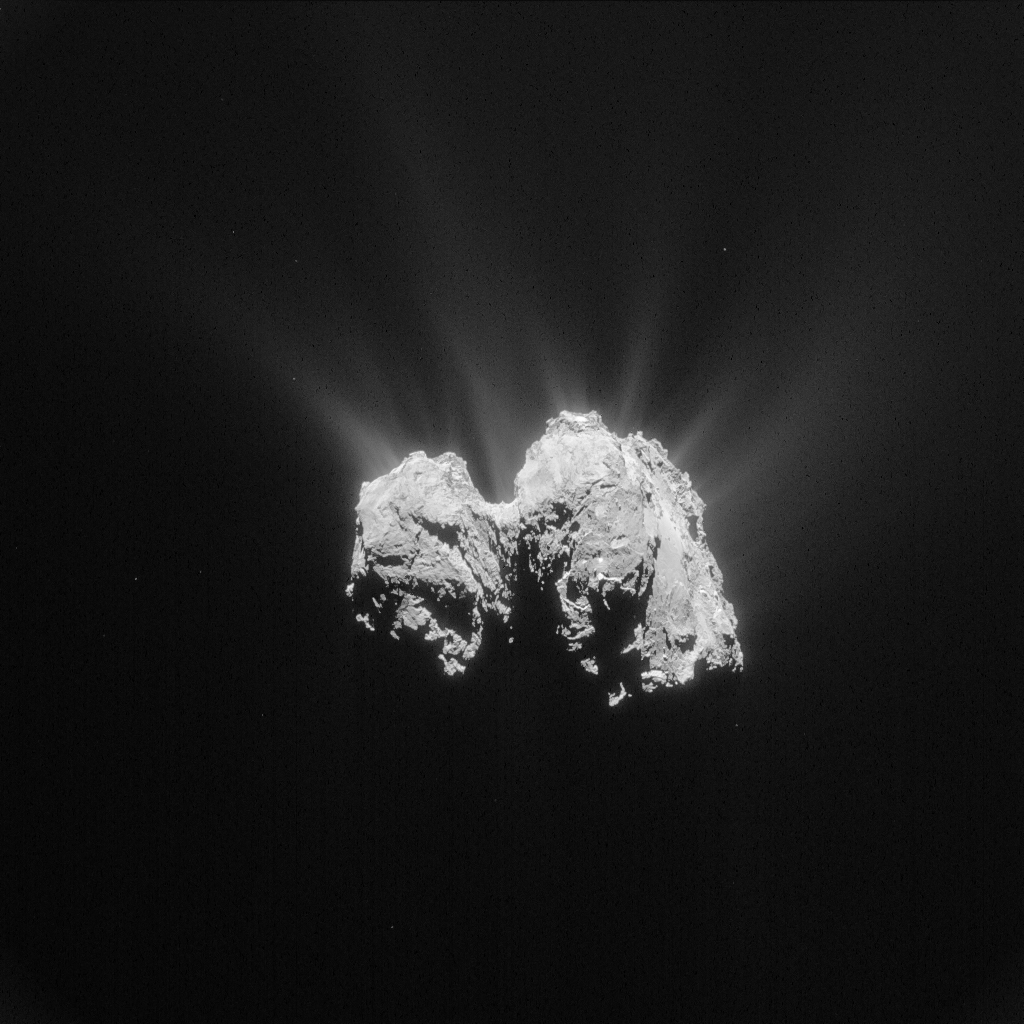 In this “side-on” view of 67P/C-G, with the small lobe to the left and the large lobe to the right, the equator of the comet runs almost horizontally. The comet equator also passes through the famous Cheops boulder on the Imhotep region, on the underside of the large lobe (visible on the right-hand side of this image) and wraps around both lobes. In this orientation, the rotation axis of the comet runs roughly in the vertical direction, through the comet’s “neck”.

On the small lobe, we see parts of the Bastet region, along with neighbouring regions that were in darkness during earlier parts of Rosetta’s time at 67P/C-G. As the comet approaches the Sun, the “seasons” are changing, so these and other parts of the comet are emerging into sunlight.

Hints of Hathor and Hapi are visible in the distance on the neck. On the large lobe, the slab-like feature comprising parts of Aker and Khepry, featured prominently in CometWatch 26 April and 28 April, takes up the upper part of the image.

In the foreground, the landscape shows some particularly bright spots set against darker terrain, although at this relatively large distance it is not possible to see enough detail and help interpret what they are. To their right, Khepry ends in cliffs that border the curved, smooth region within Imhotep. 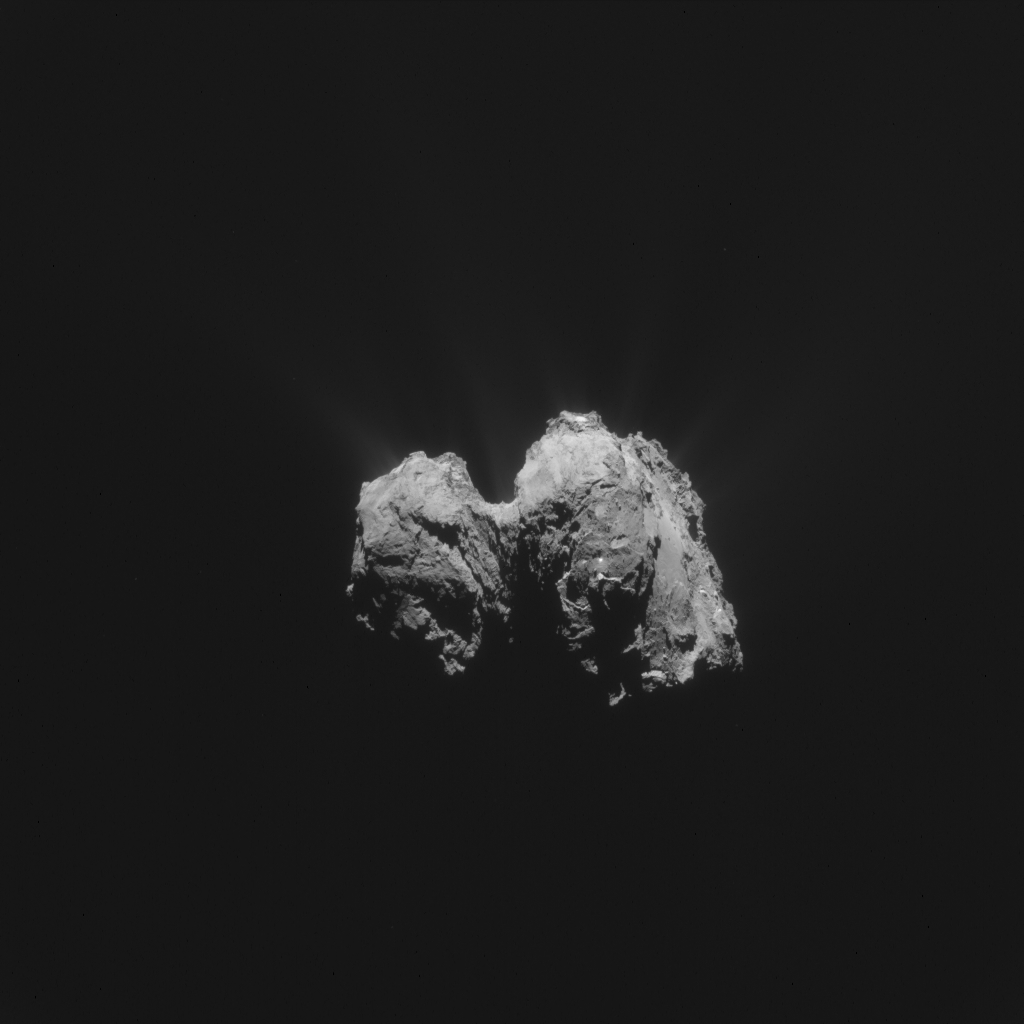