Today marks a major release from the Rosetta downlink and archive groups of detailed images of Comet 67P/Churyumov-Gerasimenko taken by Rosetta’s Navigation Camera, or NAVCAM. The 1297 images, which can be accessed via the Archive Image Browser, were acquired between 1 August and 23 September. This corresponds to the final approach of Rosetta to the comet, its arrival at a distance of 100 km on 6 August and its transition to a global mapping phase at 30 km (click here for an animation describing the spacecraft’s trajectories at this time). It was during these two months that mapping and characterisation of the comet’s surface began, and Philae’s candidate landing sites were proposed, analysed and finally selected.

Shown above is a taste of the images you can find in this latest release. The images are single frame 1024 x 1024 pixel images and cover the period 1-22 August. In late August the imaging scheme changed from single frame images to 2 x 2 rasters, once the spacecraft’s proximity to the comet meant that the nucleus overfilled the NAVCAM field of view. This transition is seen in the latest data release, and below is a montage of just a few incredible single-frame images you can find in the Browser from this period: 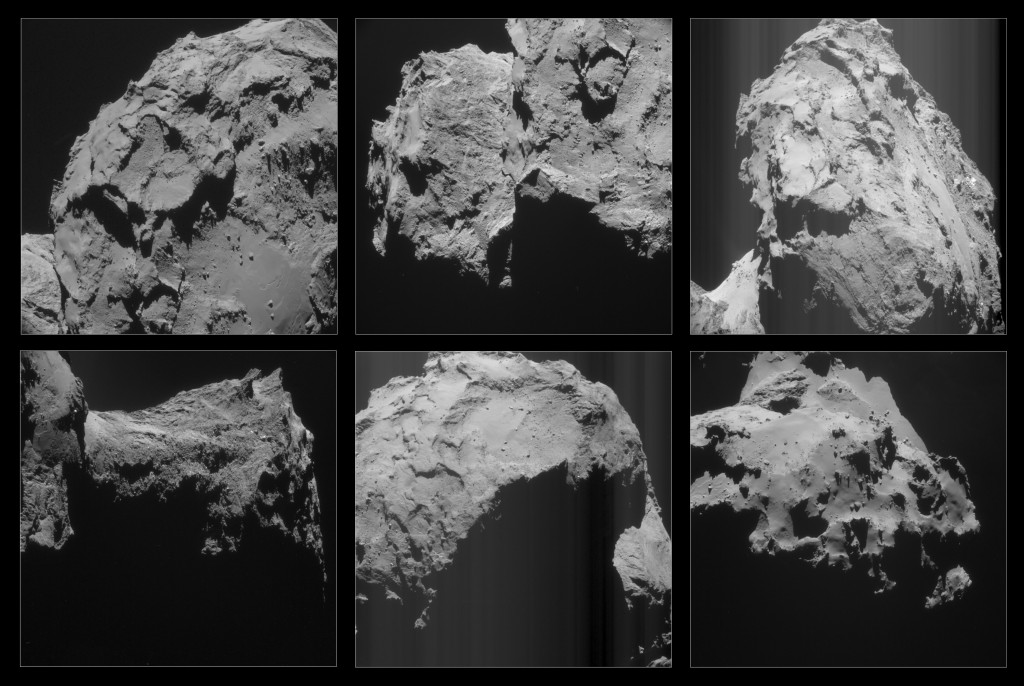 Coming next month
At the end of May even more detailed images will be released in the NAVCAM image browser and in the Planetary Science Archive. This release will again cover two months – this time October and November – and therefore cover the transition from the 30 km mapping phase down to just 10 km from the comet’s surface. In addition, the image release will cover the exciting period leading up to and during the landing, including the days in which Philae was operating on the surface of Comet 67P/C-G.

In the meantime, we look forward to seeing what you do with the August-September image set; if you make movies, mosaics, shape models and so on, we’d be delighted if you share links in the comments box below.