Regular followers of this blog will have noticed that we had a short pause in our routine “CometWatch” updates while we focused our outreach efforts on the landing site selection. NAVCAM images are of course still being taken – the navigation camera is crucial for navigating around the comet – but at the same time, the way in which the images are being taken has changed. 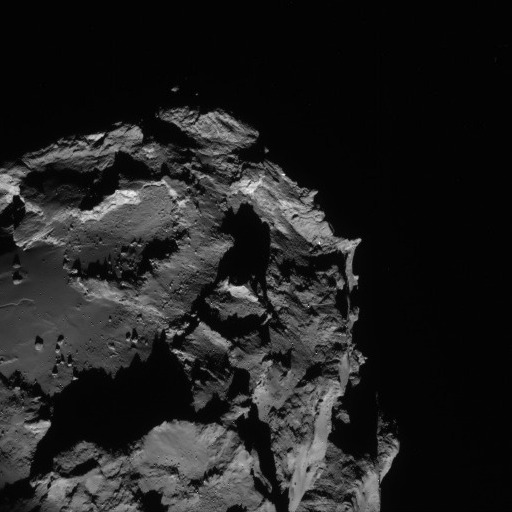 Until now, each NAVCAM image has covered the whole comet in one shot, but now that Rosetta is about 50 km from the comet, the nucleus is close to overfilling the NAVCAM field, and will do as we get even closer. As a result, on Saturday we started taking NAVCAM image sequences as small 2 x 2 rasters, such that roughly one quarter of the comet is seen in the corner of each of the four images, rather than all in just one shot. An example of one of these 512 x 512 pixel ‘corner’ images is shown above, which was taken on Saturday from a distance of 61 km (the full frame 1024 x 1024 image is also shown below). At this closer distance, the details of surface features are becoming much clearer. 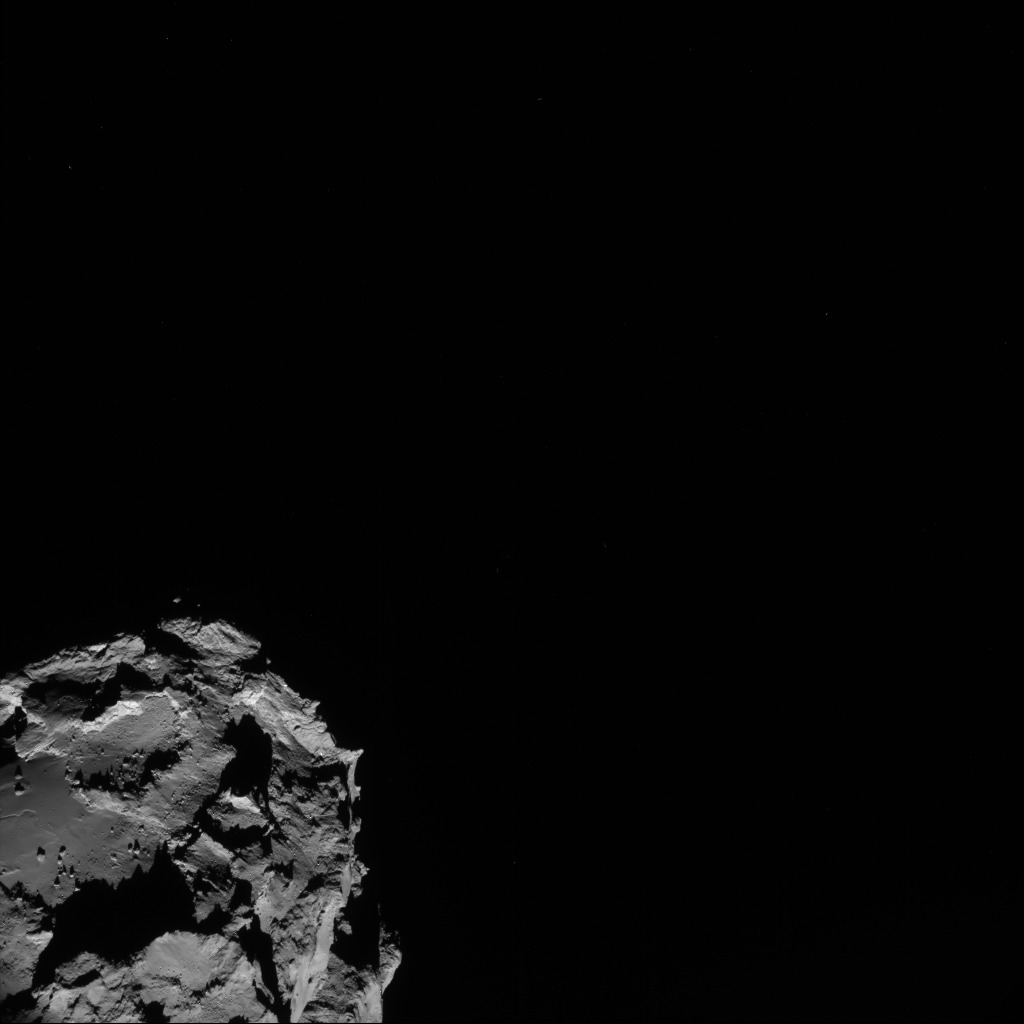 The primary objective of the NAVCAM is navigation and its images are used by ESOC to identify and match the location of landmarks on the comet at different times. This information is then fed into the navigation process to improve orbit determination. The raster technique is used to ensure that the comet is always seen by the spacecraft and compensates for any uncertainties in the spacecraft’s trajectory close to the comet. The four images thus cover the uncertainty in the pointing, ensuring that the comet is always seen in each raster, and that in at least one of the images enough of the comet surface is seen to allow landmark recognition.

As Rosetta is slightly repointed for each image, there is a time delay of about 20 minutes between the first and the last image being taken in each four-image sequence. In that time, Rosetta moves and the comet rotates, changing the appearance of features and shadows slightly. This complicates the making of a composite image and no software has been developed to do so, as the individual images do not need to be stitched together to meet the navigation requirement.

Today we are posting a ‘corner’ image to illustrate this change in the operations of NAVCAM. In the near-term, we aim to share more images from a given NAVCAM sequence, but the number and frequency may vary depending on the navigation activities on any given day.