This view of Comet 67P/C-G was taken on 18 April from a distance of 101 km from the comet centre. The resolution is 9 m/pixel and the image measures 9 km across. The image has been processed to bring out details of the comet’s activity while still maintaining details on the nucleus.

In this orientation we see the comet’s small lobe towards the left, with the rugged cliffs of Hathor standing out.

On the large lobe the transition between Apis and Ash can be seen, the images presented earlier this week providing the context. Once again, Imhotep is cast in shadow, with just a hint of the large lobe’s outline silhouetted against the comet’s background activity. 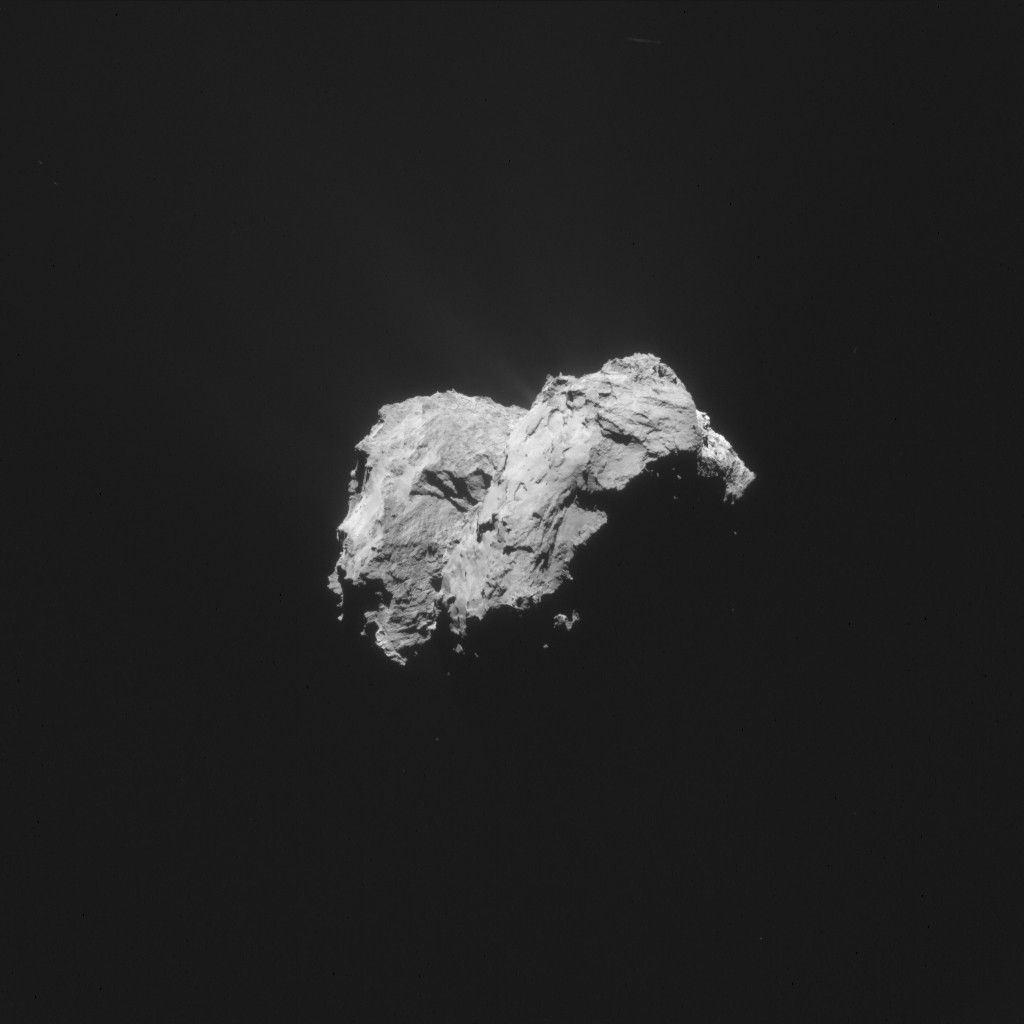