Just when we think we have seen Comet 67P/C-G from all possible angles under the current illumination conditions, a striking view like this presents itself. 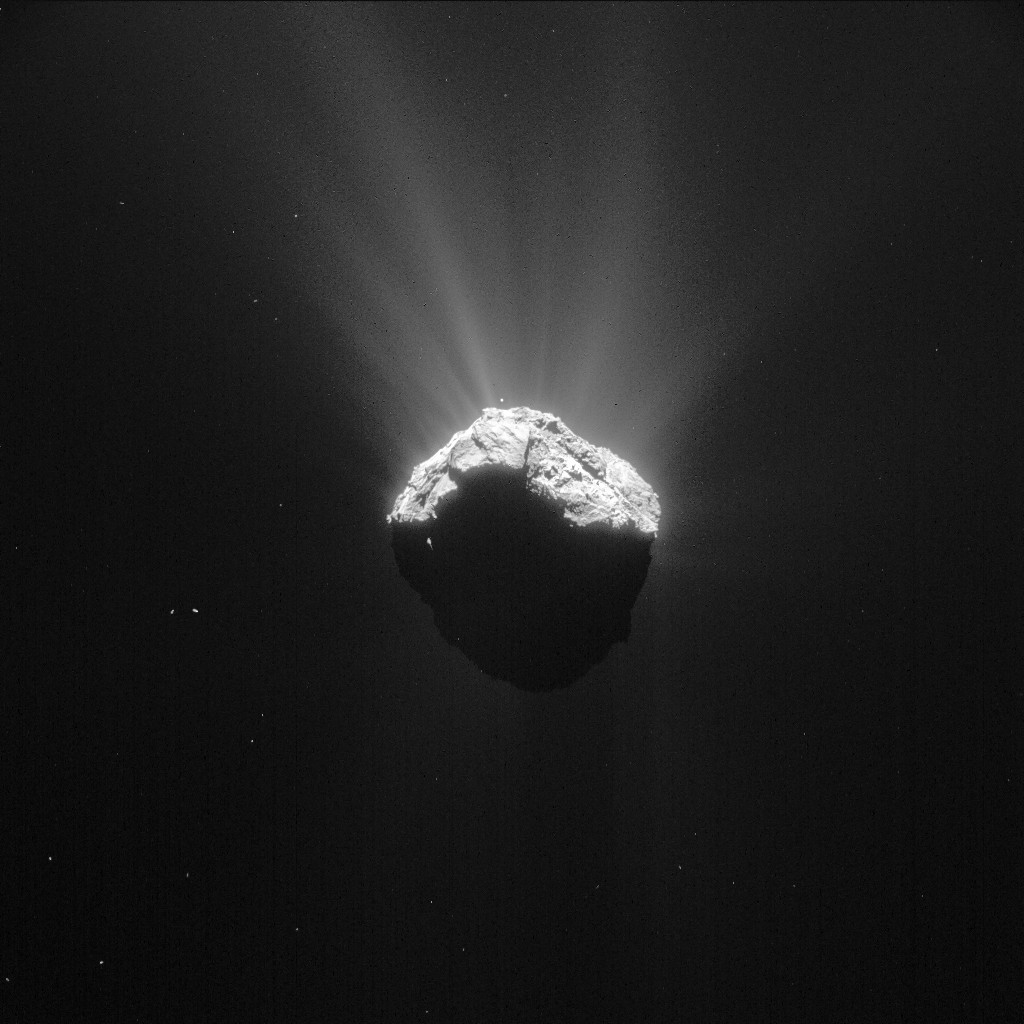 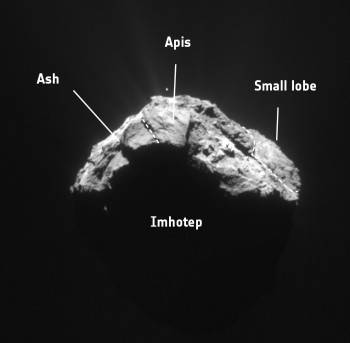 The image was captured on 15 April 2015 by Rosetta’s Navigation camera from a distance of 162 km from the comet centre. The resolution is 14 m/pixel and the image measures 14 km across. It has been processed to bring out the incredible detail of the comet’s activity streaming away from the nucleus.

The previous two CometWatch entries were also acquired on 15 April and today’s image fits into the sequence nicely, captured just before midday spacecraft time, a little over two hours after Monday’s entry.

Under the viewing conditions at this time, the comet appears largely in shadow, with the ‘underside’ of the comet’s large lobe beautifully silhouetted against the background glow of activity that surrounds the nucleus.

A hint of the small comet lobe can also be made out in the distance.

A second image, captured around 13 hours later on 16 April helps to provide the context. The slight difference in viewing geometry and illumination brings shadowed Imhotep into the light, making it easier to identify the neighbouring regional boundaries. 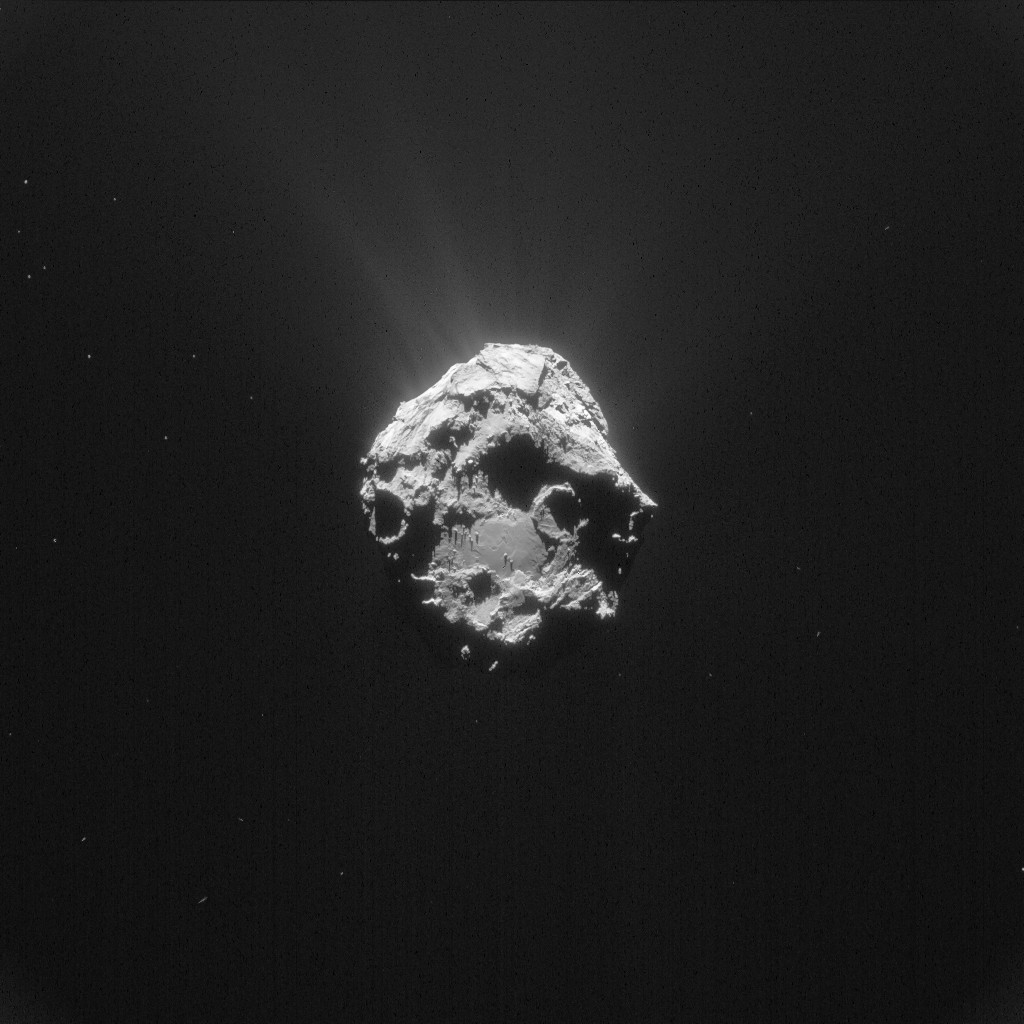 The original 1024 x 1024 pixel image for today’s images are provided below: