Today’s CometWatch entry is a mosaic of four NAVCAM images obtained last Wednesday, 8 April, from an average distance of 137 km from the centre of Comet 67P/Churyumov-Gerasimenko. The image resolution is 11.7 m/pixel and the individual 1024 x 1024 frames measure about 12 km across. The mosaic has been slightly cropped, and it measures 9.3 x 9.3 km. 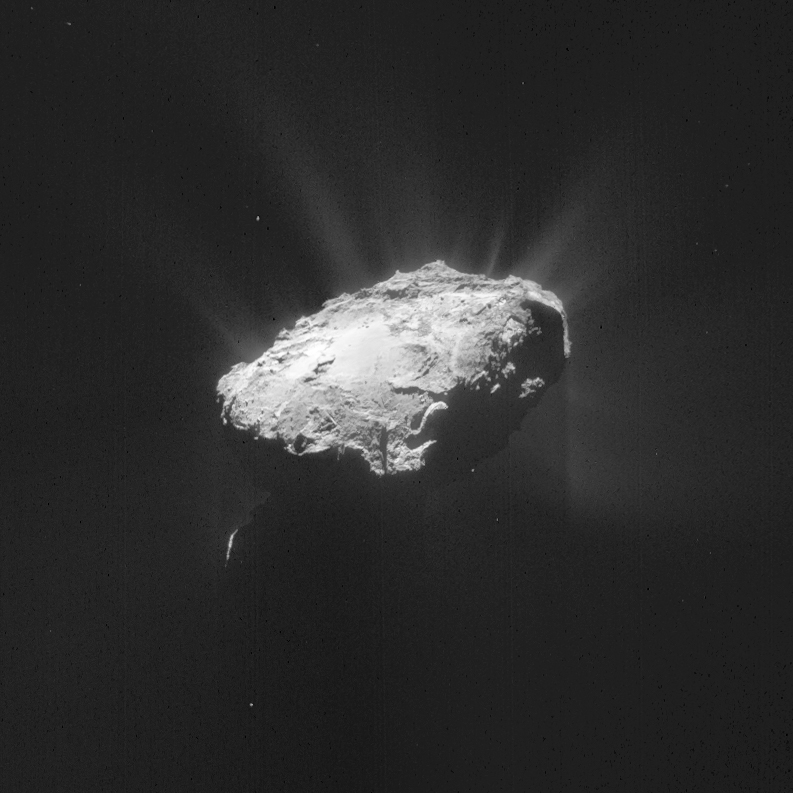 Four image mosaic of images taken by Rosetta’s NAVCAM from a distance of 137 km from the comet centre. Rotation and translation of the comet during the imaging sequence make it difficult to create an accurate mosaic, and there may be some spurious spatial and intensity features as a result of the mosaic-making process, so always refer to the individual frames before performing any detailed comparison or drawing conclusions about any strange structures or low intensity extended emission. The mosaic has been cropped and processed in Lightroom to bring out the comet’s activity. Credits: ESA/Rosetta/NAVCAM – CC BY-SA IGO 3.0

As explained in an earlier post today, Rosetta has been performing a series of manoeuvres in the past couple of weeks to correct its trajectory, reaching the target distance of 140 km on 8 April. These NAVCAM images were taken about eight hours after that.

The view shows the ‘underside’ of the comet large lobe, revealing the smooth Imhotep region, which is covered in dust and boulders but also exhibits circular pits and other interesting surface features.

The image has been processed in Lightroom to bring out the comet’s overall activity, and the bulk of the comet nucleus can be seen as a dark silhouette against the diffuse ‘atmosphere’ of 67P/C-G, below the illuminated portion of surface. A glint of the small comet lobe is also visible in the lower left part of the image.

A four image montage of the original frames and the individual 1024 x 1024 pixel images are provided below: 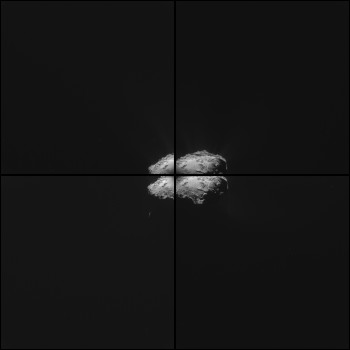 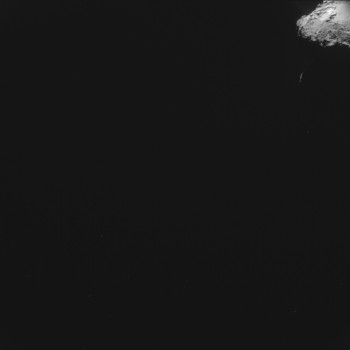 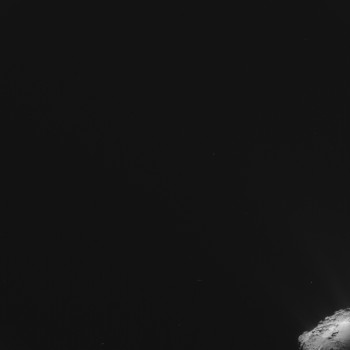 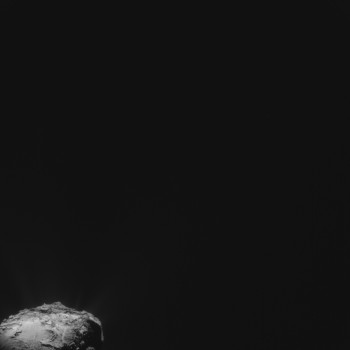 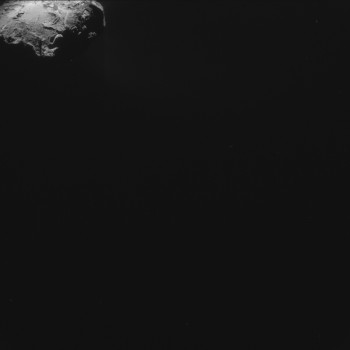