This four-image mosaic comprises images taken from a distance of 27.5 km from the centre of Comet 67P/Churyumov-Gerasimenko on 10 January. The image resolution is 2.3 m/pixel and the individual 1024 x 1024 frames measure 2.4 km across. The mosaic is slightly cropped and measures 4.2 x 3.8 km. 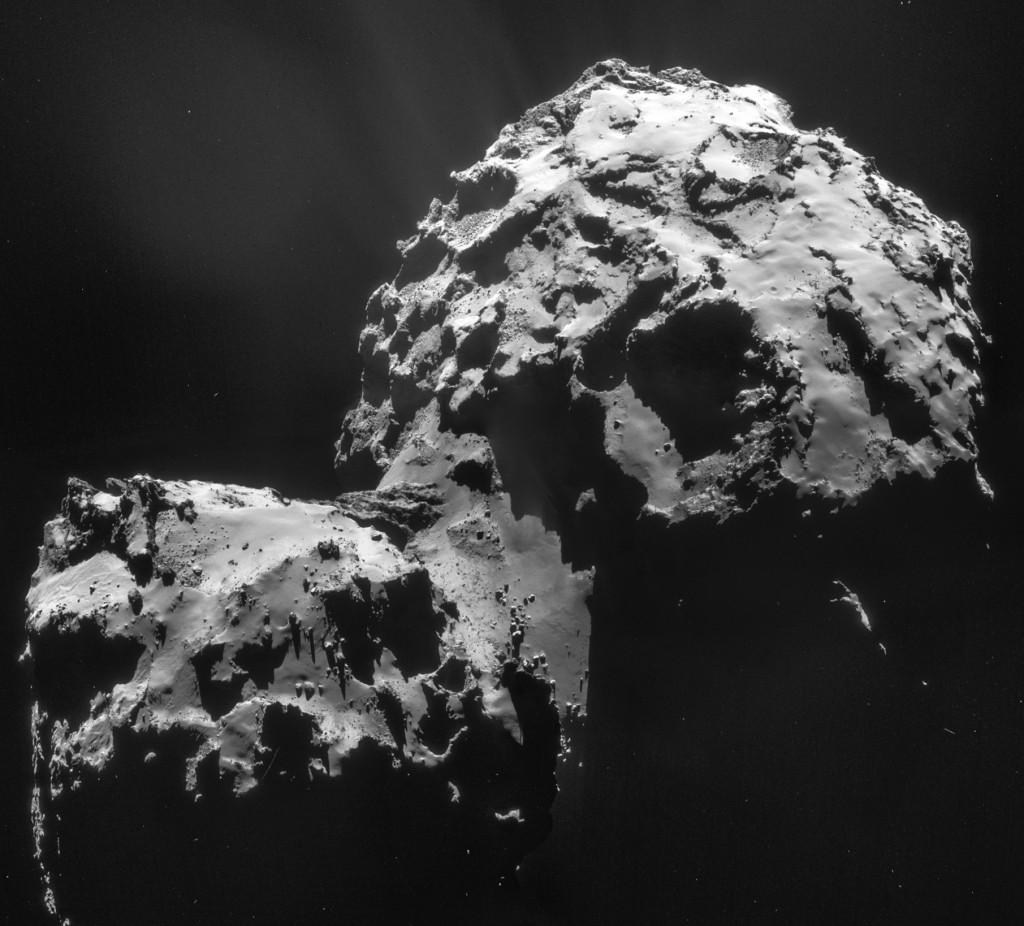 Four image mosaic comprising images taken on 10 January 2015. Rotation and translation of the comet during the imaging sequence make it difficult to create an accurate mosaic, so always refer to the individual images before drawing conclusions about any strange structures or low intensity extended emission. Credits: ESA/Rosetta/NAVCAM – CC BY-SA IGO 3.0

The image shows the smaller lobe of the comet in the lower left corner, and the larger lobe to the upper right. The smaller lobe is actually in the foreground, and its rotation over the time elapsed between the first and the fourth frame is significant, making the mosaic particularly tricky.

The intricate patterns of pits and other roundish, hollow features on the larger of the comet’s lobes stand out beautifully in this view, along with a number of boulders, particularly on the smaller lobe and across the neck. 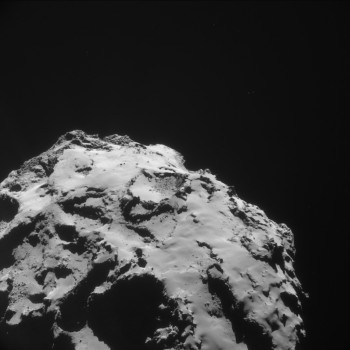 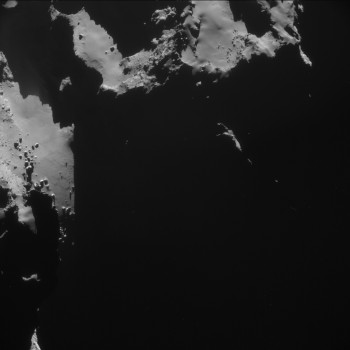