This four-image mosaic comprises images taken from a distance of 27.5 km from the centre of Comet 67P/Churyumov-Gerasimenko on 8 January. The image resolution at this distance is about 2.3 m/pixel and the individual 1024 x 1024 frames measure about 2.4 km across. The mosaic measures 4.3 x 3.9 km. 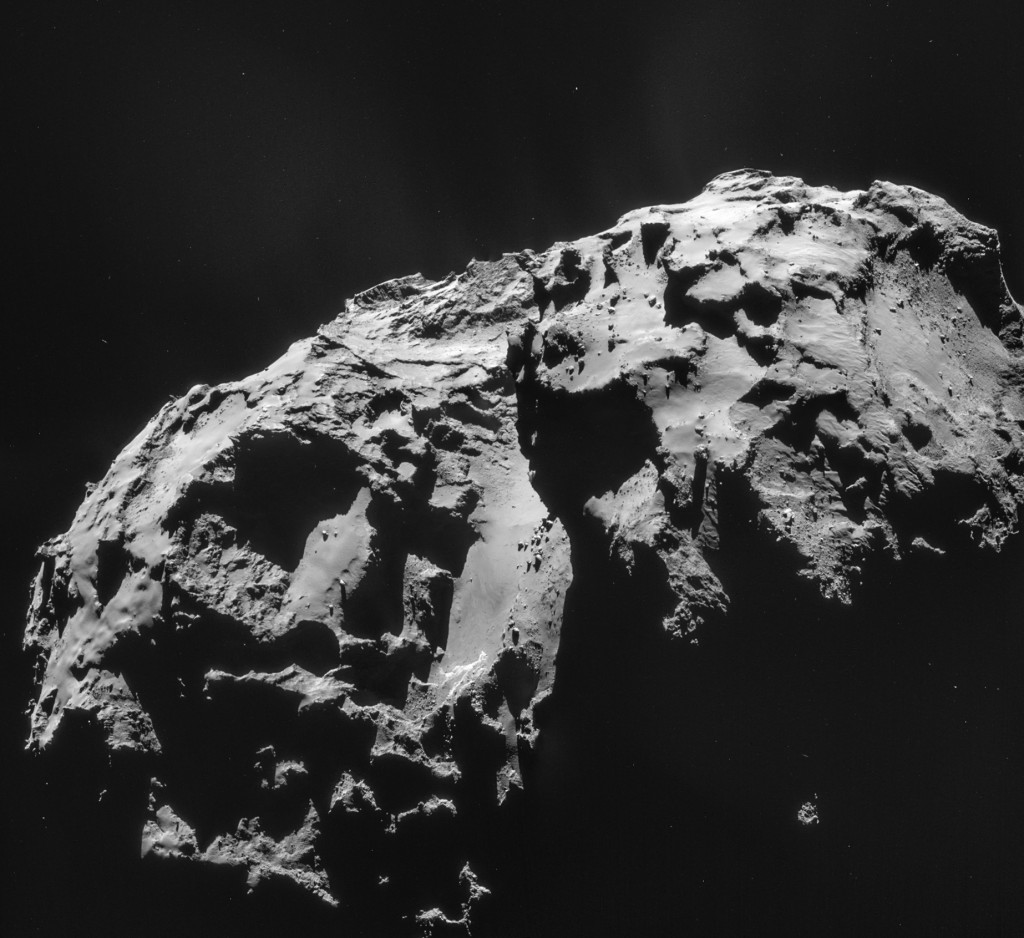 Four image mosaic comprising images taken on 8 January 2015. Rotation and translation of the comet during the imaging sequence make it difficult to create an accurate mosaic, so always refer to the individual images before drawing conclusions about any strange structures or low intensity extended emission. Credits: ESA/Rosetta/NAVCAM – CC BY-SA IGO 3.0

In this view the smaller of the comet’s two lobes is to the right, presenting a side-on look into the large, roughly 1 km-wide depression towards the edge of the mosaic. The rugged outline of the smaller lobe can be traced into the shadows, creating a nice contrast against the smooth neck region in the centre of the image. As noted in the 9 December CometWatch this portion of the neck has some particularly interesting features, such as the bright, exposed cliffs, the curved trough-like features and dark markings in the dusty layer.

To the left, the image offers a striking view of the large comet lobe, in particular the steep, layered cliff face that towers above a smoother, dust-covered ledge. At its edge, it appears as though some of the dust may have slipped away. Towards the background, ridges seem to cut through the terrain, while several flat-topped plateaus are set along the horizon.

The four individual 1024 x 1024 frames, along with a montage of the four frames, are provided below: 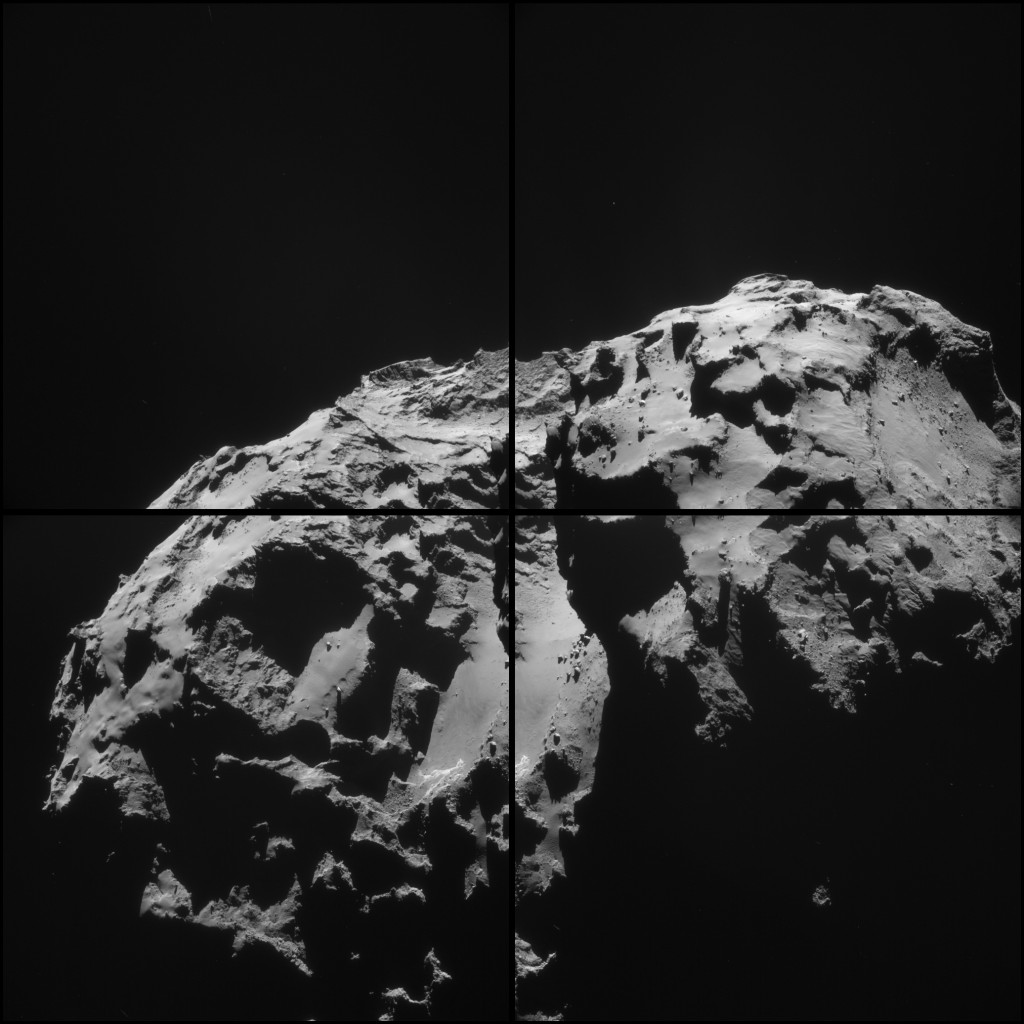 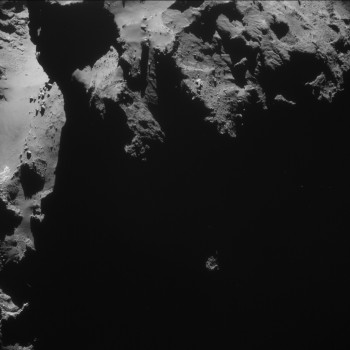 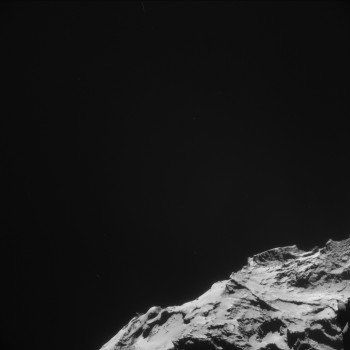 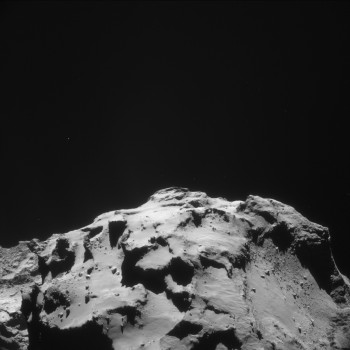