This four-image mosaic comprises images taken from a distance of 20.1 km from the centre of Comet 67P/Churyumov-Gerasimenko on 10 December. The image resolution is 1.71 m/pixel and the individual 1024 x 1024 frames measure 1.75 km across. The mosaic is slightly cropped and measures 2.9 x 2.6 km.

As usual, rotation and translation of the comet during the image sequencing make it difficult to create an accurate mosaic. In this particular instance, some distortion terms were introduced to make the mosaic, and careful inspection may reveal some slight mismatches in features at the seams.

In addition, some cleaning has been applied to lower the impact of NAVCAM scattering and make the boundaries between images continuous. So, be cautious in pushing the intensities too far to look at very faint features: in particular, an apparent discontinuity in the main outflow from the neck of the comet is an artefact.

In this orientation, the smaller lobe of the comet is to the right, and the larger lobe to the left. 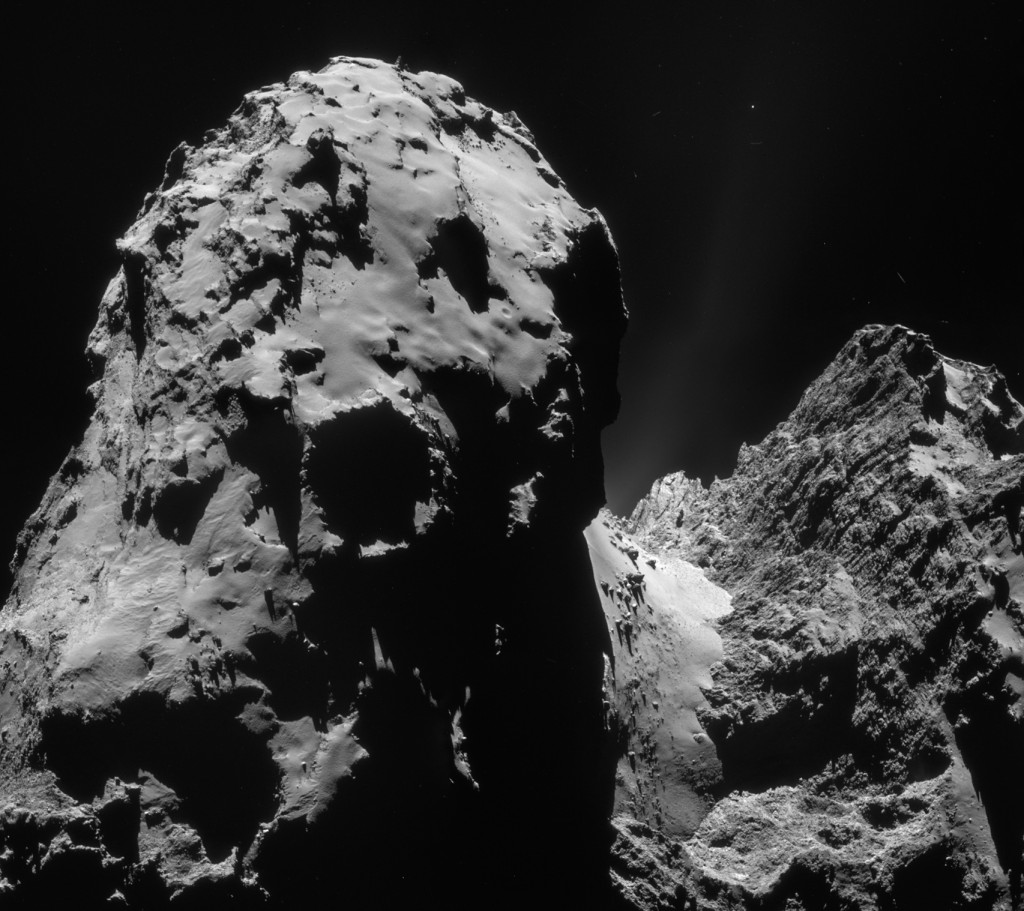 The lower right part of the image provides a stunning view on the comet’s ‘neck’ and its constellation of boulders, which were also visible in an image published last week. A hint of activity stemming from the neck is also visible.

The four-frame montage and the individual image frames are provided below. 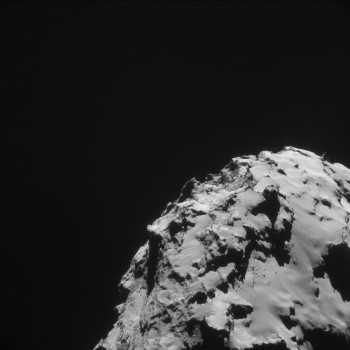