After last week’s intense activities centred on Rosetta’s lander Philae and its descent to the surface of Comet 67P/Churyumov-Gerasimenko, it’s time to take another look at this beautiful comet through Rosetta’s navigation camera. 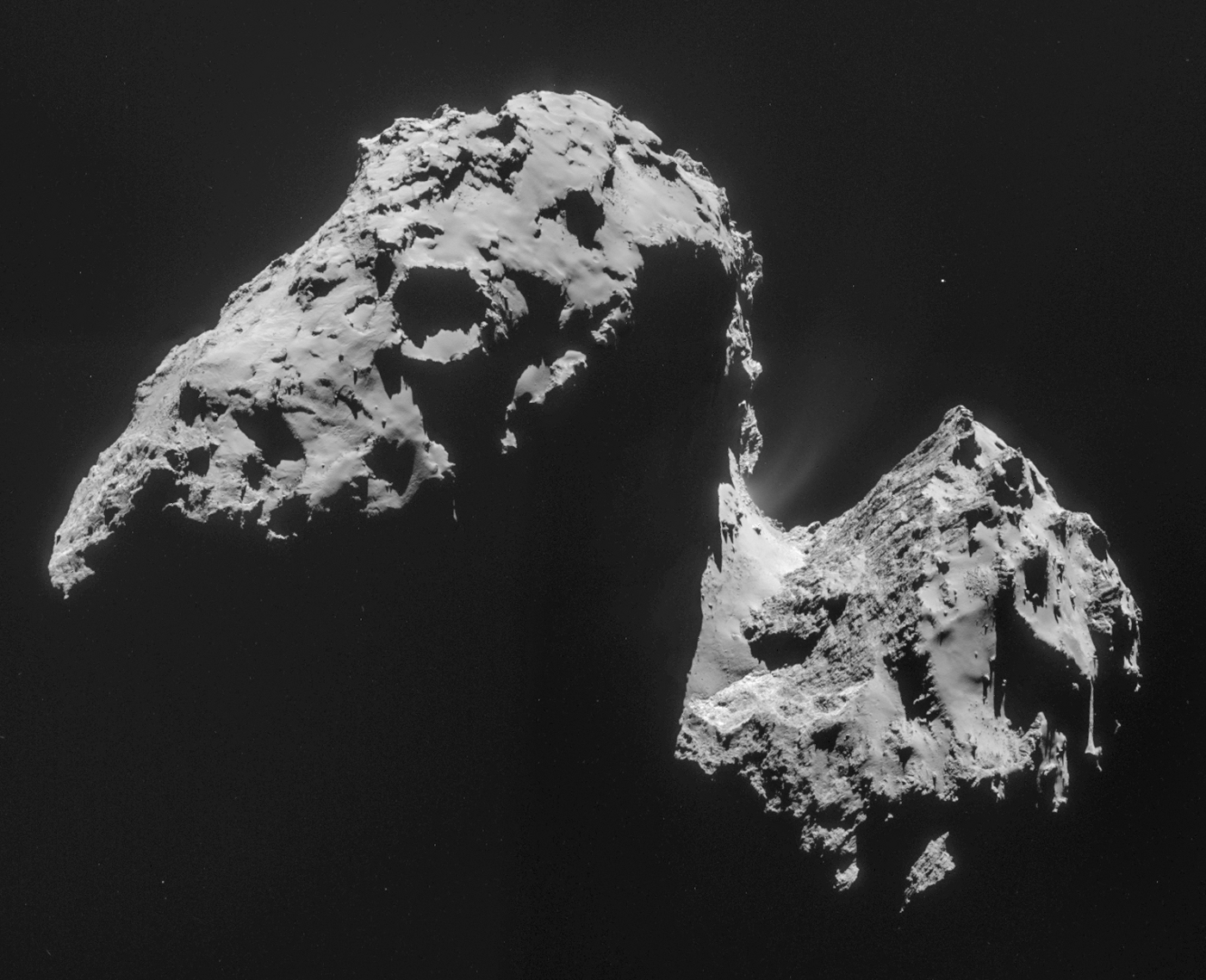 This NAVCAM mosaic comprises four individual images taken on 17 November from a distance of 42.0 km from the centre of Comet 67P/C-G. The image resolution is 3.6 m/pixel, so each original 1024 x 1024 pixel frame measured about 3.7 km across. The mosaic has been cropped (but not rotated) and measures roughly 5.0 x 4.1 km. Some slight contrast enhancement has also been applied.

Due to rotation and translation of the comet during the image taking sequence, making a mosaic involves some compromises. However, as always, the individual images have also been made available below to allow you to check the accuracy of the mosaicing and intensity matching.

Framed between the larger lobe of the comet on the left and the smaller one on the right, the ‘neck’ of the comet appears in full glory, showing the highly textured cliffs on the smaller lobe, above the neck, and traces of activity stemming from the neck. A number of small white blobs also appear in the image, likely specks of dust or other small objects in the vicinity of the comet. 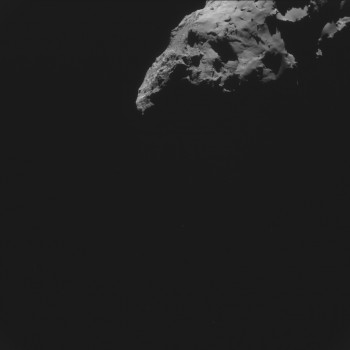 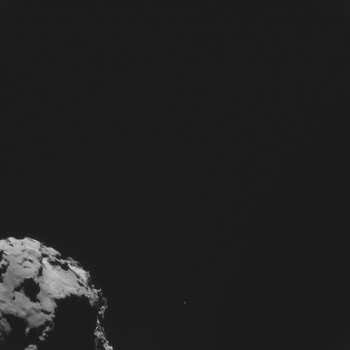 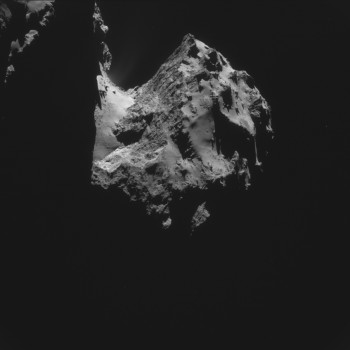