This four-image NAVCAM montage comprises images taken on 24 October from a distance of 9.8 km from the centre of comet 67P/C-G – about 7.8 km from the surface. The corresponding image scale is about 66 cm/pixel, so each 1024 x 1024 pixel frame is about 676 m across. 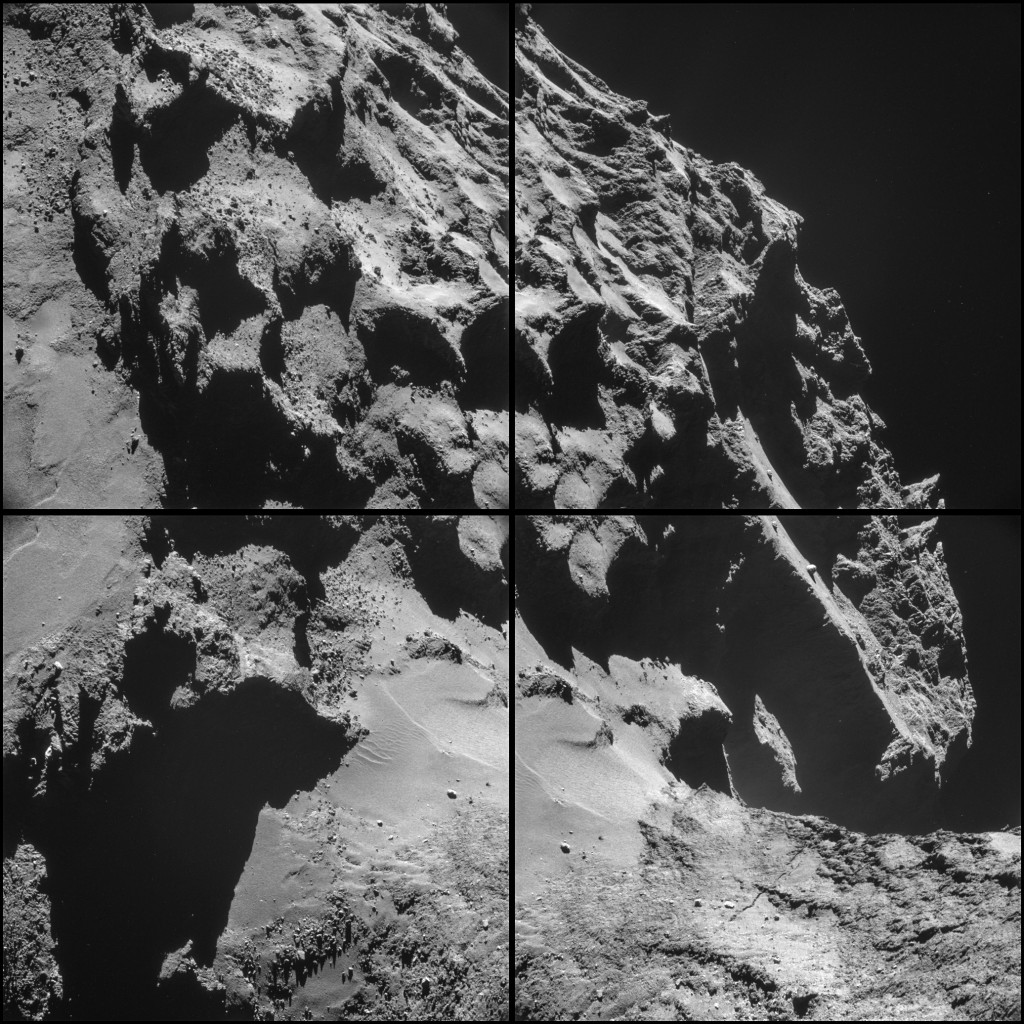 In this orientation the larger lobe occupies the upper frames, with the neck filling the lower frames. The smaller lobe of the comet is out of view towards the right.

This image set complements those taken on 18 and 20 October, which together show a number of the same features from different angles, such as the dune-like features seen in the smooth neck region, and the fracture-like feature that runs through part of the rougher neck terrain. In the top- and bottom-left corners in particular, groups of boulders appear to cling to cliff faces, perhaps exposed as surrounding material is eroded away. Meanwhile jagged spires interspersed with flat-topped plateaus make for an attractive view over the horizon. 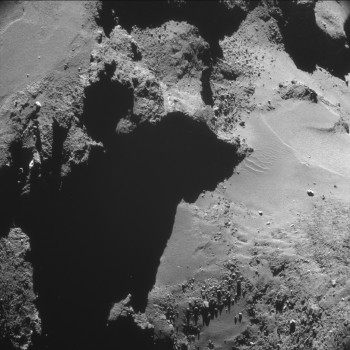 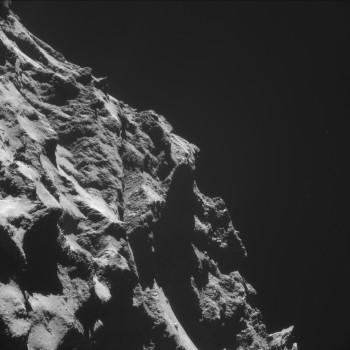 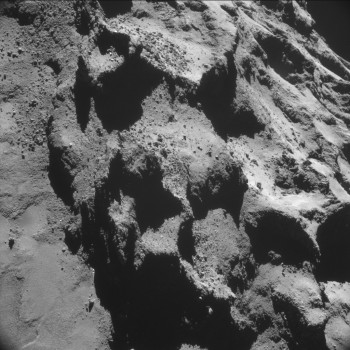