This four-image NAVCAM montage comprises images taken on 15 October from a distance of 9.9 km from the centre of comet 67P/C-G – just ~7.9 km from the surface! 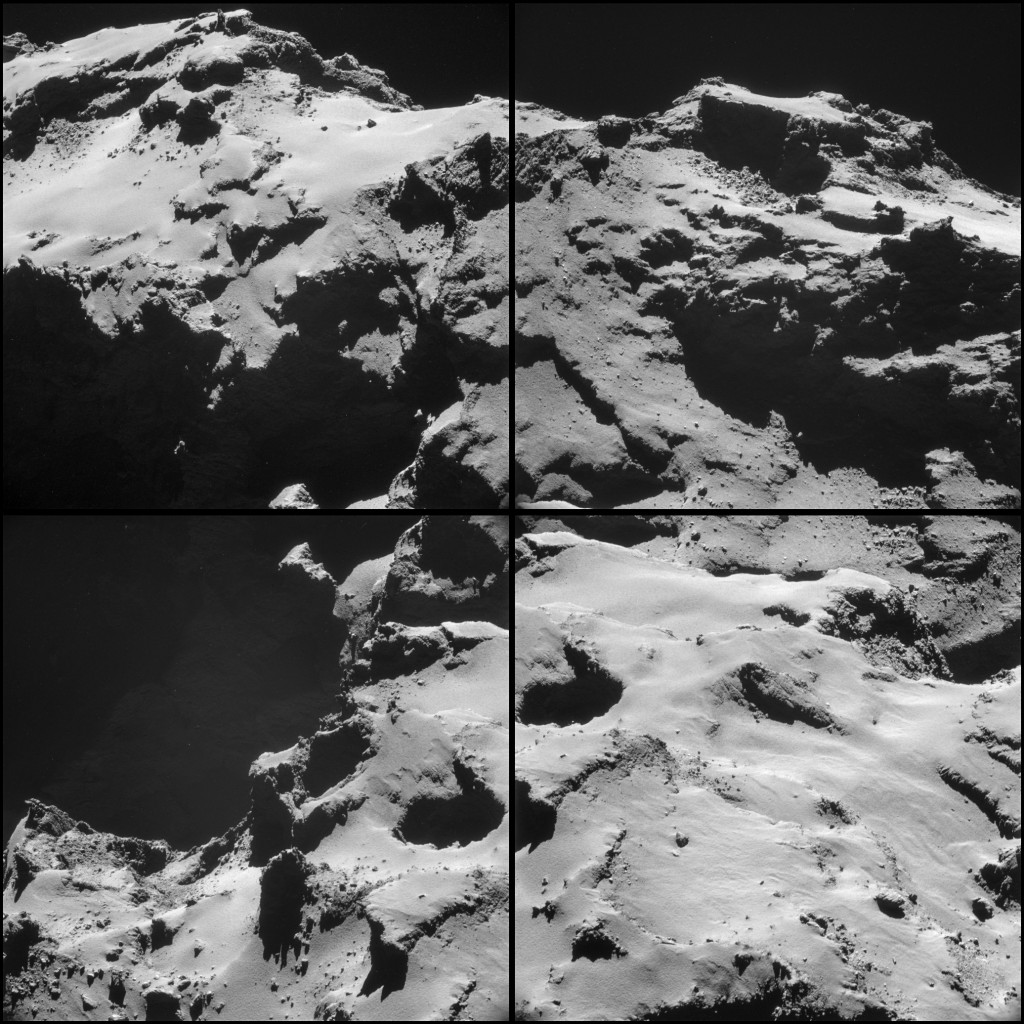 Comet 67P/C-G on 15 October, from a distance of 9.9 km from the centre of the comet.
Credits: ESA/Rosetta/NAVCAM

The orientation is such that we’re looking down onto the small lobe from above (bottom two frames), with the large lobe beyond (top two frames).

At this distance, the image scale is about 0.63 m/pixel, so each 1024 x 1024 pixel frame is about 650 metres across. Of course, at these close distances that’s only really valid for the nearside of the comet. With the furthest point being an additional ~1 km further from the centre, that reduces the image scale for the more distance frames to about 0.93m/pixel!

The four full-resolution individual images making up the montage are provided below. 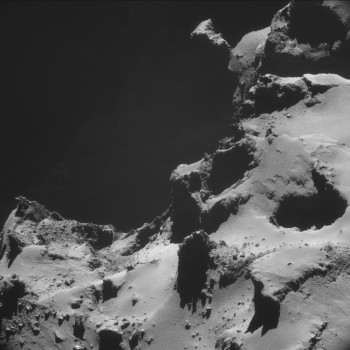 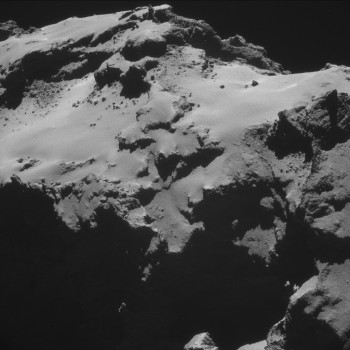