Four-image NAVCAM mosaic comprising images taken on 10 September from a distance of 27.8 km from comet 67P/Churyumov-Gerasimenko (reminder: the distance is given to the centre of the comet). The image scale is approximately 2.5 metres per pixel.

The four individual frames are also provided below (for more information on this presentation of images see the earlier blog post: CometWatch Update). 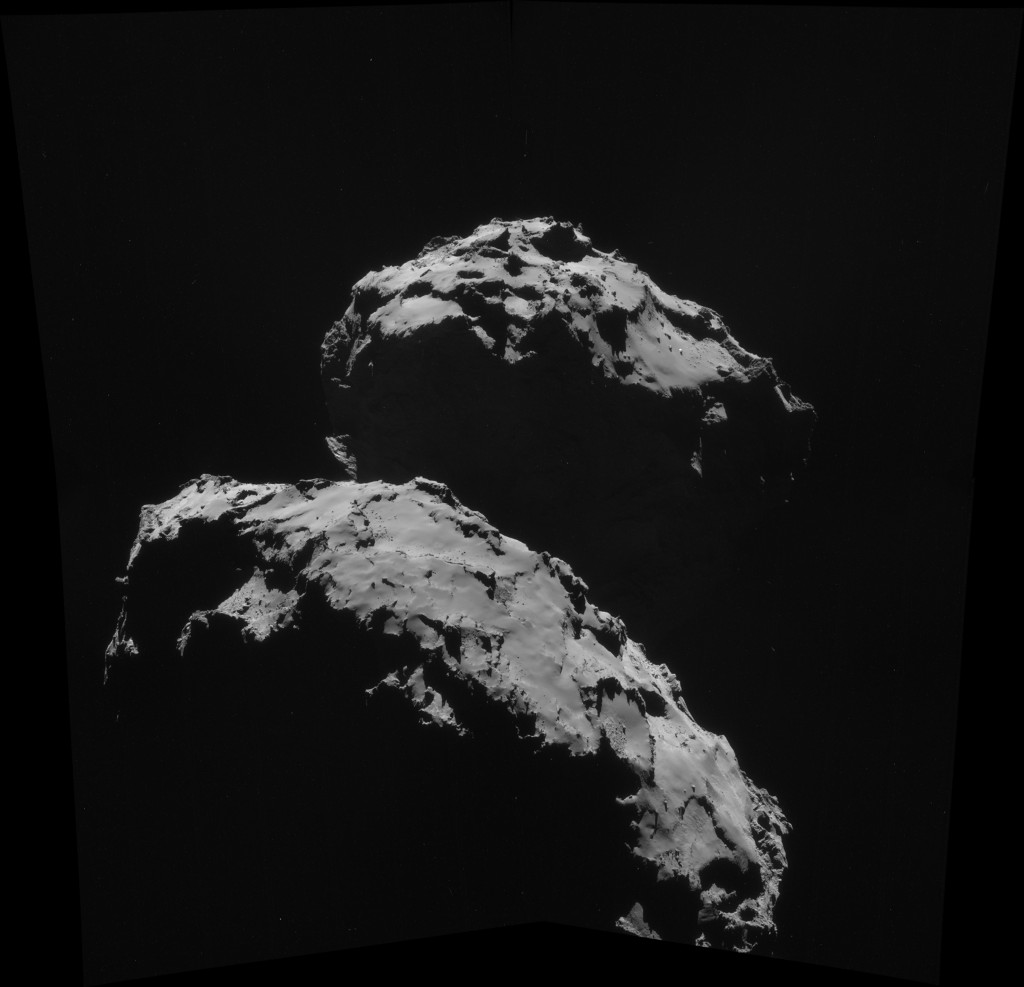 We know that many of you like exploring these images, and one feature you may quickly notice is the rather bright object seen near the centre of the slope in the upper right. We too were curious and looked at an image taken earlier and it was not visible (the shadow beneath it is coincidence; this is also seen in images without the object). Therefore it is most likely either an image artefact or a transient object in the foreground.

Indeed, if you adjust the contrast of the image you will see that there is a lot of ‘noise’ in the background. Some of this is simply detector noise and cosmic rays, but there seem to be a few bright objects that may be dust/ice particles between Rosetta and the comet.

In previous NAVCAM and OSIRIS images, we’ve already seen jets of gas laced with dust streaming away from the comet, and the instruments COSIMA and GIADA have started detecting dust, so it would be no surprise if these objects were also found to originate from the comet. In any case, it is a phenomenon that will clearly be studied in great detail at 67P/C-G over the coming weeks and months.

Another nice observation you might like to make while playing around with the contrast settings is that faint details can be brought out in the ‘neck’ region of 67P/C-G, which on first look is seemingly obscured by shadows. It appears as though the neck is being illuminated by the reflection of sunlight off the main body of the comet below. 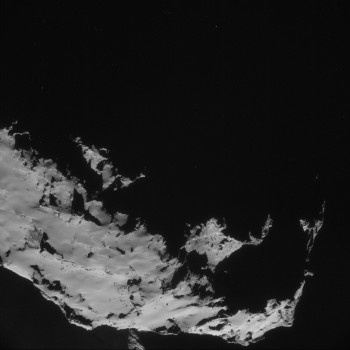 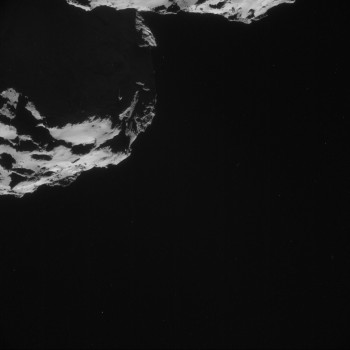 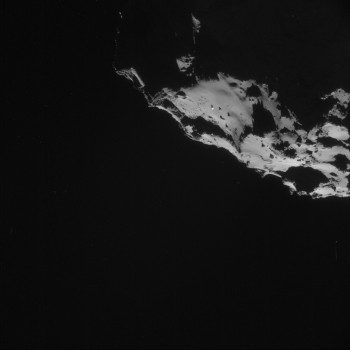 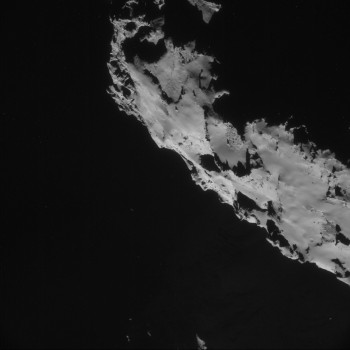