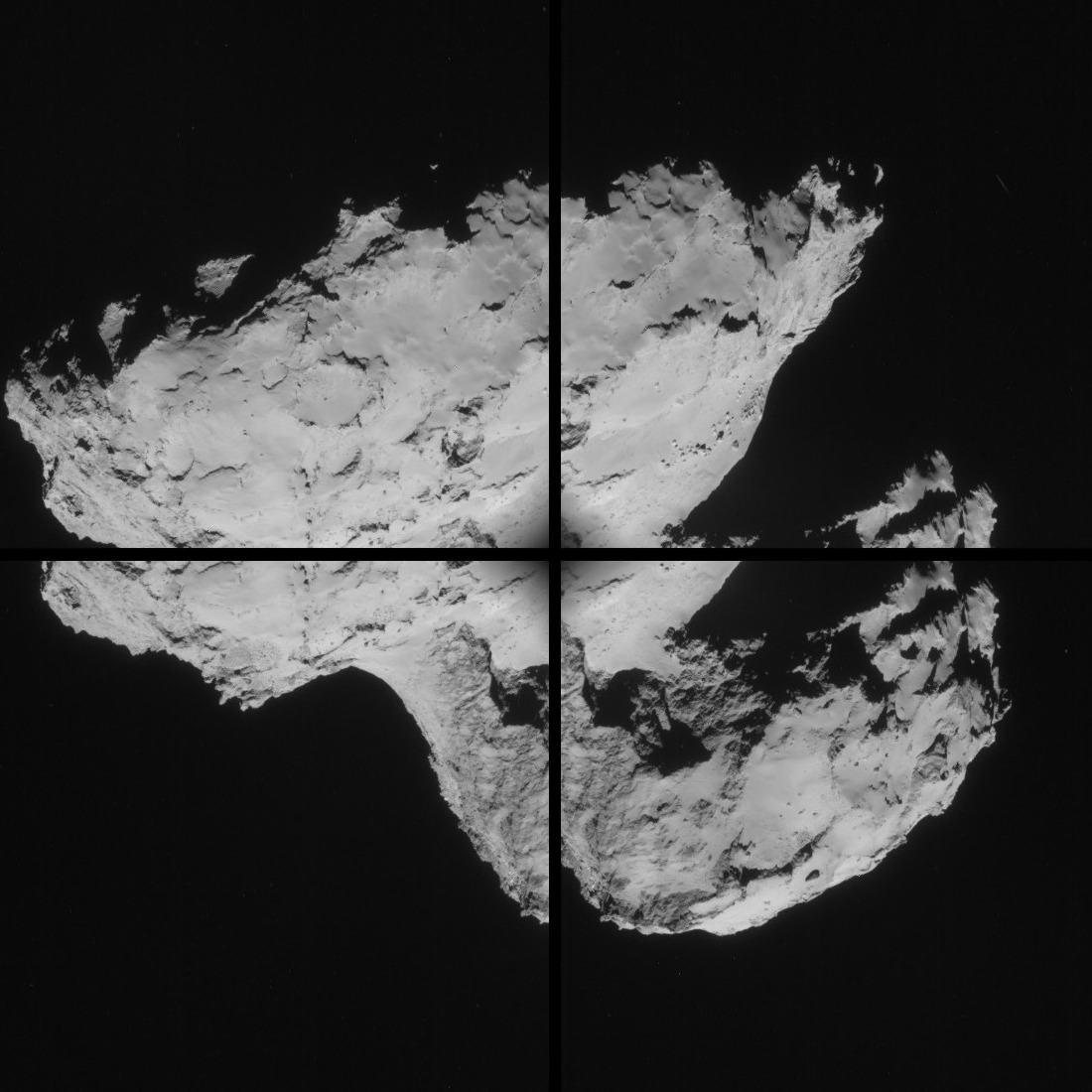 Thus, for the purpose of this montage, the four images are shown separated by black borders. There is some overlap between adjacent frames, so that some features appear in more than one image (see CometWatch update post for more about the reasons why NAVCAM images are being taken this way).

The images have been cleaned to remove the more obvious bad ‘pixel pairs’ and cosmic ray artefacts, intensities have been scaled to show a wide range of features, and the montage has been cropped to remove most of the black space around the comet.  The dark feature in the centre is an imaging artefact.

In addition, we are also providing the individual JPEGs of the four full-frame ‘corners’ (click each image below for the full 1024 x 1024 frames), and warmly invite you to create your own mosaics and share them with us. You are welcome to post them on your personal profiles with the ESA/Rosetta/NAVCAM credit line, and share a link to your work in the comments box below, so that we have the possibility to follow up with you and eventually post your efforts on this blog.

We look forward to seeing what you come up with! 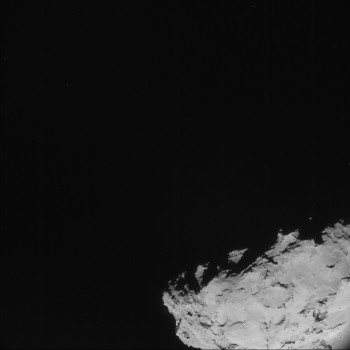 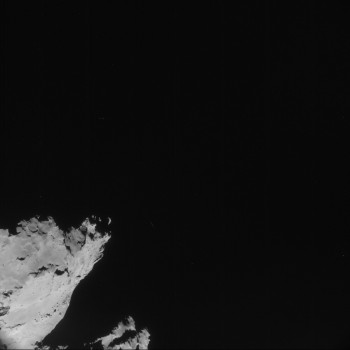 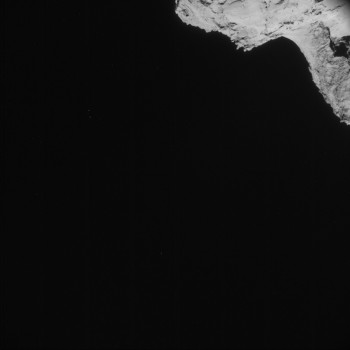 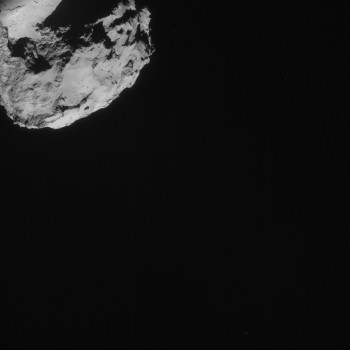