On Wednesday, 18 June, Rosetta will conduct the third in a series of three ‘Big Burns’, which are themselves part of the ten-burn series of orbit correction manoeuvres (OCMs) that are taking us to arrival at comet 67P/C-G on 6 August. 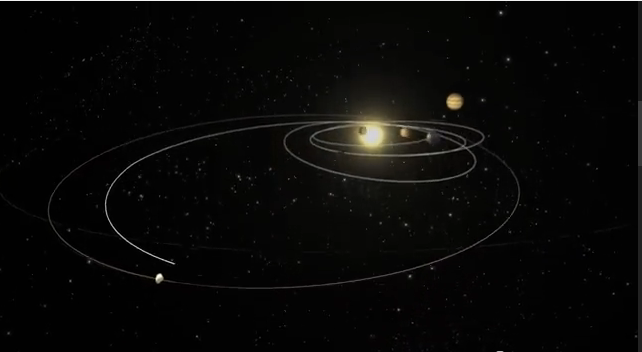 Both delivered results to within just a few percent of the planed delta-v, indicating that, so far, everything is working nominally with the spacecraft’s propulsion system, even though it is working well outside its design range.

“The series of ten OCMs during May to August has to deliver a total of about 775 m/s delta-v, and we’ve already achieved about three-quarters of that,” says Sylvain Lodiot, Rosetta Spacecraft Operations Manager. “We continue monitoring all the OCMs very closely.”

The manoeuvre will be conducted with ground station coverage provided by ESA’s 35m deep space station at New Norcia, Australia.

Telemetry (status information from Rosetta’s systems) will be monitored in real-time; the radio signals must travel 24 min:22 sec to cover the enormous distance from Rosetta, currently about 2.9 AU (434 million km) from Earth. 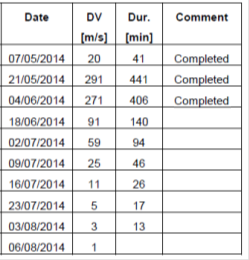 Rosetta OCM plan as of 17 June 2014. Note that future OCMs will be adjusted based on the actual performance of past burns.

As with past OCMs, the rest of the series will be adjusted based on the actual performance of the previous burn and the continuous improvement of our knowledge of the comet’s orbit; the comet’s trajectory is being regularly refined by analysing images taken with the OSIRIS camera and the navigation camera.

The rest of the spacecraft’s systems – including power, thermal, attitude and orbit control, data handling and communications – are operating as expected.

It’s interesting to note what happens at the New Norcia ground station to get ready for Rosetta tracking passes, lining up the 580-tonne moveable antenna and support structure to point at the spacecraft.

“There are 45 minutes of preparation required at the ground station prior to each pass,” says Gabriela Ravera, the Ground Operations Manager supporting the Rosetta mission.

“This includes configuring the station to support Rosetta [setting the uplink and downlink frequency – Ed.], confirming the Spacecraft Trajectory Data Message, commanding the massive 35m dish antenna to point to the correct point in the sky, configuring the station’s front and back end, warming up the amplifiers, calibrating the ranging signal and then reporting readiness for the track.” 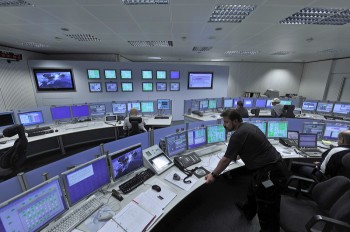 These activities are coordinated and implemented by the Estrack Control Centre at ESOC, where operators are on shift 24 hrs/day year-round.

Gabriela says ESA deep-space stations have a redundant ‘hot-backup’ chain of hardware connected to the antenna so as to minimise the chance that any telemetry or data would be lost.

The station sends commands to Rosetta at 2 kbps , and transmits with 10 kW  of power.