How do blood vessel cells react to weightlessness? 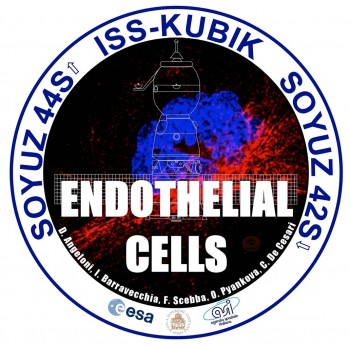 Deborah Angeloni, Principal investigator of the Endothelial Cells experiment sent us an overview of her experiment from Baikonur:

Our study investigates how microgravity affects a specific type of cells, the Endothelial Cells (hence the name of our project). These cells constitute the endothelium, a ‘diffuse’ organ that forms the inner lining of all our blood vessels. These cells are very heterogeneous, with physiologically important peculiarities from one district of the body to another. Specifically, our study focuses on endothelial cells from small blood vessels (capillaries).

Our bodies have an enormous amount of these cells and, most importantly, they send signals very quickly to other organs if they detect changes in the environment, including changes in gravity. When they stop working correctly they have been linked to some of the health problems astronauts report on returning to Earth, similar to what happens in aging individuals but on a longer timescale.

Our hypothesis is that microgravity affects the function of capillary endothelial cells, and to test it we are sending a culture of human endothelial cells to the Internatioanl Space Station that came from skin capillaries. We want to analyze three things in the cells:

Our study  is the first to be performed on endothelial cells of capillary origin during a spaceflight. We expect and hope the results will lead to discovering information useful for prevention or treatment of health problems of astronauts and also of many more individuals on Earth affected by conditions related to aging, inflammatory and degenerative diseases.

The cell culture operations will be performed automaticaly  inside an incubator that is small enough to fit in the palm of a hand and  requires  little human intervention. 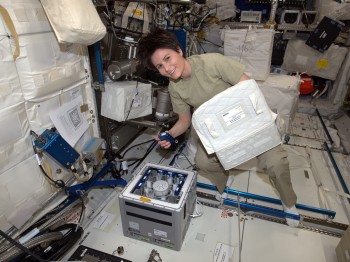 Our experiment will travel together with Andreas on Soyuz Mission 44S to the Space Station and an astronaut (Andreas or Japanese astronaut Kimiya Yui) will put the experiment containers inside ESA’s Kubik facility.

Kubik is equipped with a centrifuge to allow cell growth of some of the samples at the same gravity as on Earth, 1 g. This is one of the many reference experiments we need to better interpret the results of the study. The cells will live and grow in space until they are placed back in the container to take back to Earth. In our laboratory in Pisa, Italy, we will perform a molecular analysis.

Through these years of preparation, we worked at defining the biological and engineering requirements to perform the protocol in space.Getting to this stage was an intense and at times tense, endeavor. Several students and young researchers have contributed to the project. 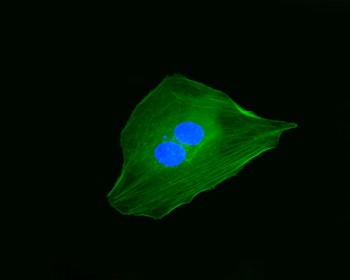 Reducing a complete cell biology protocol into a space ‘format’ was not simple. In addition, instead of the stable and rigorously standardized conditions of the lab, we had to test many possible deviations from ‘standard’ to meet different mission scenarios. At times, the results made us happy, at times they made us worried (forcing us to redo a test). But in the end it was a lot of fun to prepare our cells for and to imagine them traveling in space!

The idea for the Endothelial Cells experiment became a real-life project when our proposal was selected by the European Space Agency within the International Life Science Research Announcement of 2009, the same year Andreas Mogensen was selected to become an ESA astronaut! We tested all we possibly could; we have worked carefully and prepared our stuff. Now, all we need is a good luck wish: the best is here to come! 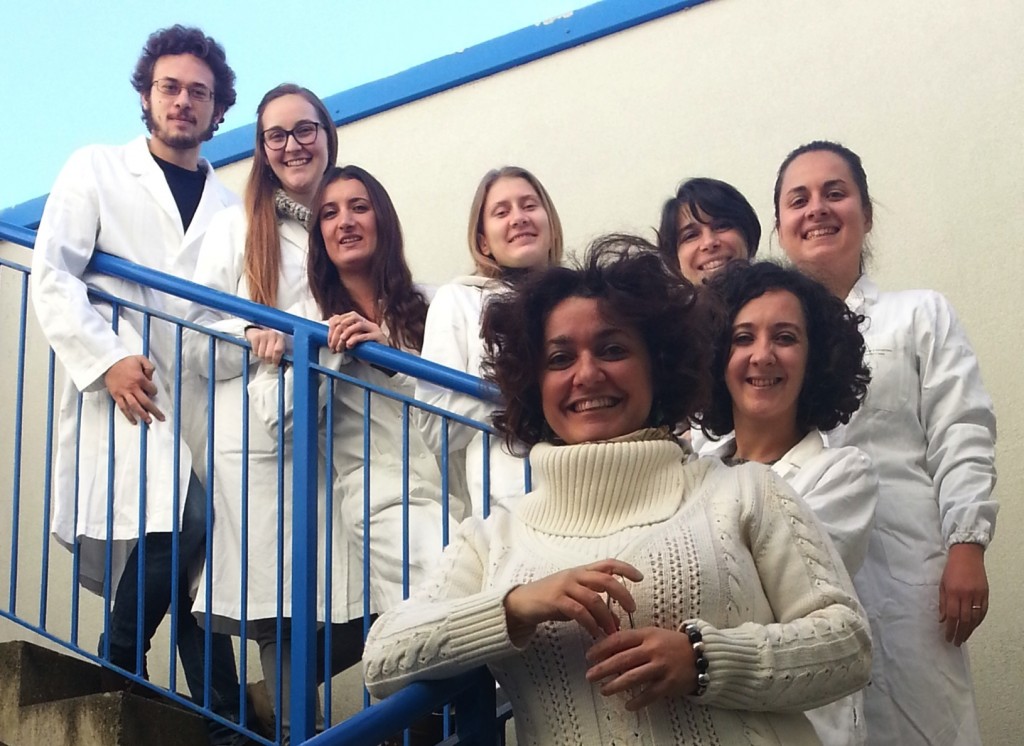