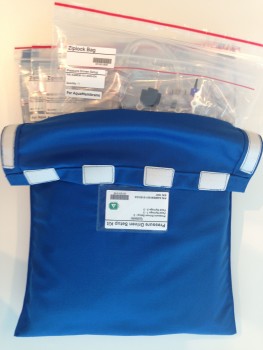 Providing clean drinking water for the astronauts on the International Space Station is a headache for engineers and mission planners. Water is heavy and humans consume many liters each day and sending water to the Space Station space is costly. Recycling is the obvious option but collecting sweat and urine and turning it into drinking water is a complex process that requires large machines and energy.

The Space Station’s water recycling systems are exemplary and the technology is used on Earth to make drinking water where it is scarce. However, space engineers are always looking for ways to improve the system. Some of the major filters in the current system weigh approx. 150 kg each and need to be replaced regularly as they clog up with unwanted molecules.

The Danish company Aquaporin Space Alliance ApS might have the solution to the filter inconvenience by using nanotechnology and proteins. The so called aquaporin proteins regulate the water supply in all living beings – from your kidneys to bamboo shoots and fish.

The ‘AquaMembrane’ experiment for ISS uses the Aquaporin Inside™ technology which consists of aquaporin proteins encapsulated on a hollow-fibre membrane. Water naturally passes through the nano-sized protein tubes but an electrostatic charge stops ions, including salt, from passing. The result is a continuous flow of water from one side to the other of the membrane that does not require any extra energy, a process called forward-osmosis. As the process works on the molecular scale the membrane-filters hardly clog up and can be used for longer than regular filters. 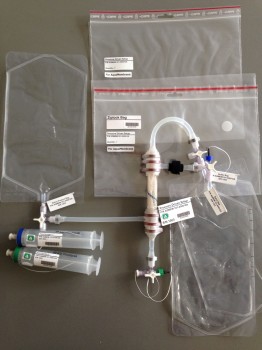 The Aquaporin Inside technology has grabbed the attention of space engineers and ESA-astronaut Andreas Mogensen will be testing it during his ‘iriss’ mission. He will bring three sets of membranes with him when he travels to the International Space Station in the Soyuz spacecraft.

Some days before he arrives on ISS, a NASA astronaut will take three samples of the Station’s dirty waste water of 300 ml each, equivalent to three packs of juice for kids. Andreas will filter the water using the three Aquaporin Inside membrane assemblies and set 100 ml aside as a control. Once set up, he will flush the membrane modules five times to ensure proper circulation. After that he will just wait as the water flows from one side of the membrane to the other leaving unwanted molecules behind.

Andreas will end up with three Aquaporin-purified samples of 50 ml each and the untouched waste water 50 ml sample. The four samples will return to Earth later in the year for analysis. 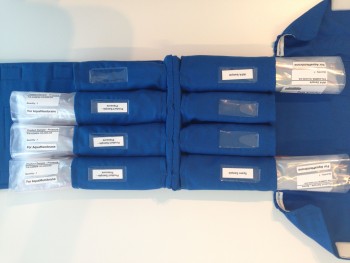 Thomas A. E. Andersen CEO of the Danish space company Aquaporin Space Alliance ApS that is leading the implementation of Aquaporin for space concludes: