e.deorbit will be the first Active Debris Removal (ADR) mission (i.e. to launch a spacecraft and actively remove a piece of debris from orbit) ever conducted. It provides a real opportunity for European industry to be at the forefront of development for the technologies required for such a challenging endeavour.

The first technical challenge e.deorbit will face is to capture Envisat, a massive drifting object left in an uncertain state, which may well be tumbling rapidly.

Sophisticated imaging sensors and advanced autonomous control will be essential, first to assess its condition and then approach it.

Making rendezvous and then steady station keeping with the target is hard enough but then comes the really difficult part: how to secure it safely ahead of steering the combined satellite and chaser spacecraft down for a controlled burn-up in the atmosphere.

Several capture mechanisms are being studied in parallel in order to minimise the mission risk. Throw-nets have the advantage of scalability – a large enough net can capture anything, no matter its size and attitude. A robotic arm with a gripper has the capability to capture launch adapter rings or other appendages on spacecraft, but in support to the robotic arm, in order to transfer the high loads developed from the deorbit thrusts, clamping mechanisms are being considered. Harpoons are rather insentive t othe target attitude and shape and do not require very close proximity operations

This being the first active debris removal mission ever conducted, e.deorbit is very challenging and inspiring . In the document attached, Clean Space describes all studies on-going and planned to achieve this ambitious mission: e.deorbit Implementation Plan 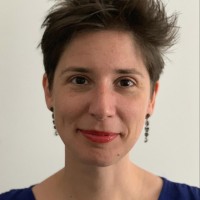