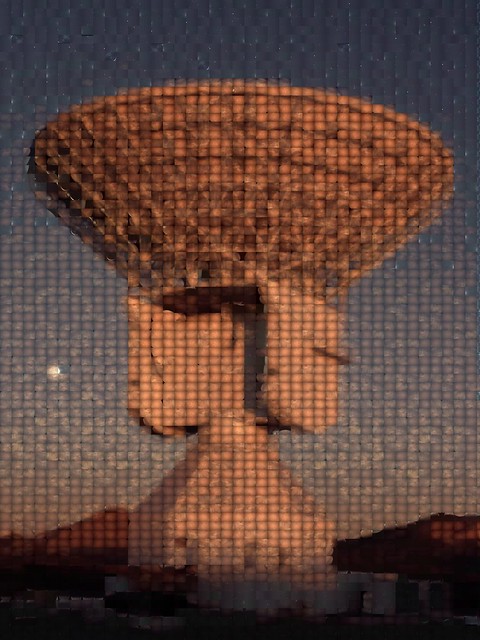 On 18 December 2012, the station downloaded a VMC image from Mars Express orbiting some 328 million kilometres from Earth to mark the station's formal inauguration and the symbolic transmission of 'first data'. The image was received at ESA's European Space Operations Centre, Darmstadt, Germany, and processed by the Mars Express mission operations team.