The run-up to launch 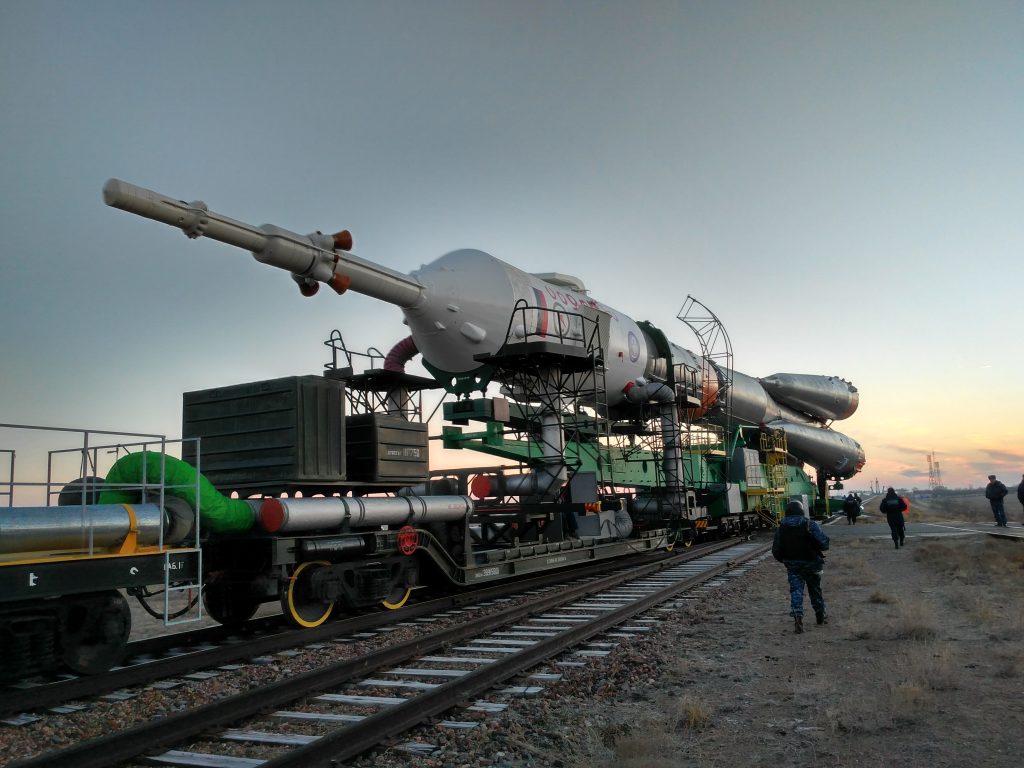 Rolling the rocket to the launchpad by train. Credits: ESA The Soyuz MS-03 rocket that will propel Thomas, Oleg and Peggy to the International Space Station was rolled to the launchpad on Monday and since then things have started to gain traction for the astronaut trio.

Tuesday was a traditional haircut for the astronauts. In space everything floats and can quickly clog air vents so keeping small objects under control is very important – imagine if the hair on the floor of a hairdresser’s salon was floating around! For this reason astronauts like to have a haircut shortly before they leave Earth. Haircuts are done on the Space Station but there are no professional hairdressers in space and the clippers are attached to a vacuum cleaner to collect the hair. The video below shows how NASA astronaut Terry Virts cut ESA astronaut Samanth Cristoforetti’s hair during her Futura mission: 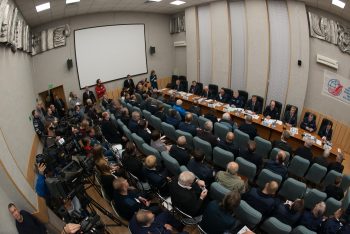 On Wednesday morning the state commission convened to decide whether they agreed to the launch – all systems GO.

After the state commission Thomas Oleg and Peggy gave a final press conference from behind a screen. They are protected from germs and viruses to avoid taking them to the Space Station or travelling while sick – no fun in a car ride, horrible in a spacecraft where space sickness is already bad enough! Their next press conference will be immediately after arrival in the Space Station on Saturday when the whole crew gather to show their families and colleagues they have arrived safely. 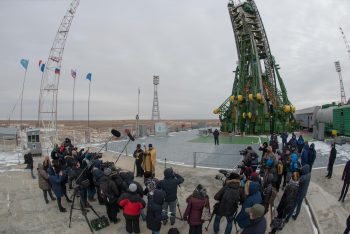 Meanwhile on the launchpad a Russian Orthodox priest blesses the Soyuz rocket as per tradition. Thomas, Peggy and Oleg are still not allowed to see their rocket in real life after their second and last ‘fit-check’ until the day of launch – this is considered bad luck and another tradition that is adhered to in Baikonur. 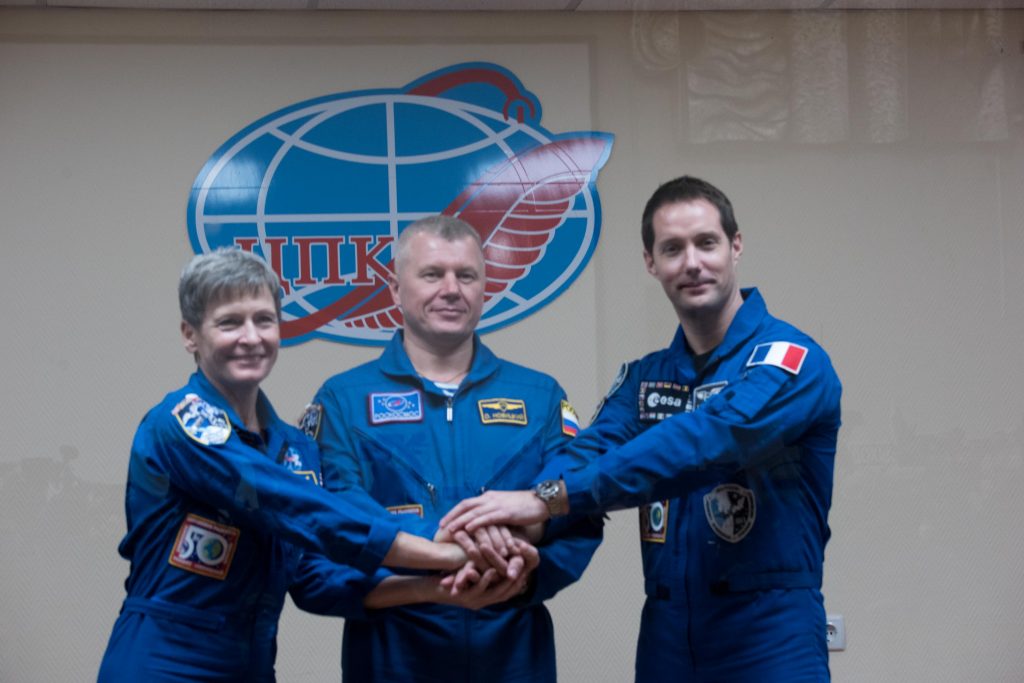