Extract of Current Activities at CSG and Preparing the Next Generation

The Guiana Space Centre has been bustling with activity as of late. There are several projects that are all lining up together, and it’s been fantastic seeing everyone’s hard work coming together. Our upcoming flights include:

Two more ESA campaigns will soon start and the CSG teams are busy preparing for them:

Ariane 6 launch base infrastructure work is advancing rapidly. You can see the base literally growing out of the ground as the days go by!

Compare these images of the works from March 2018…

…to these images of the same works from April 2018 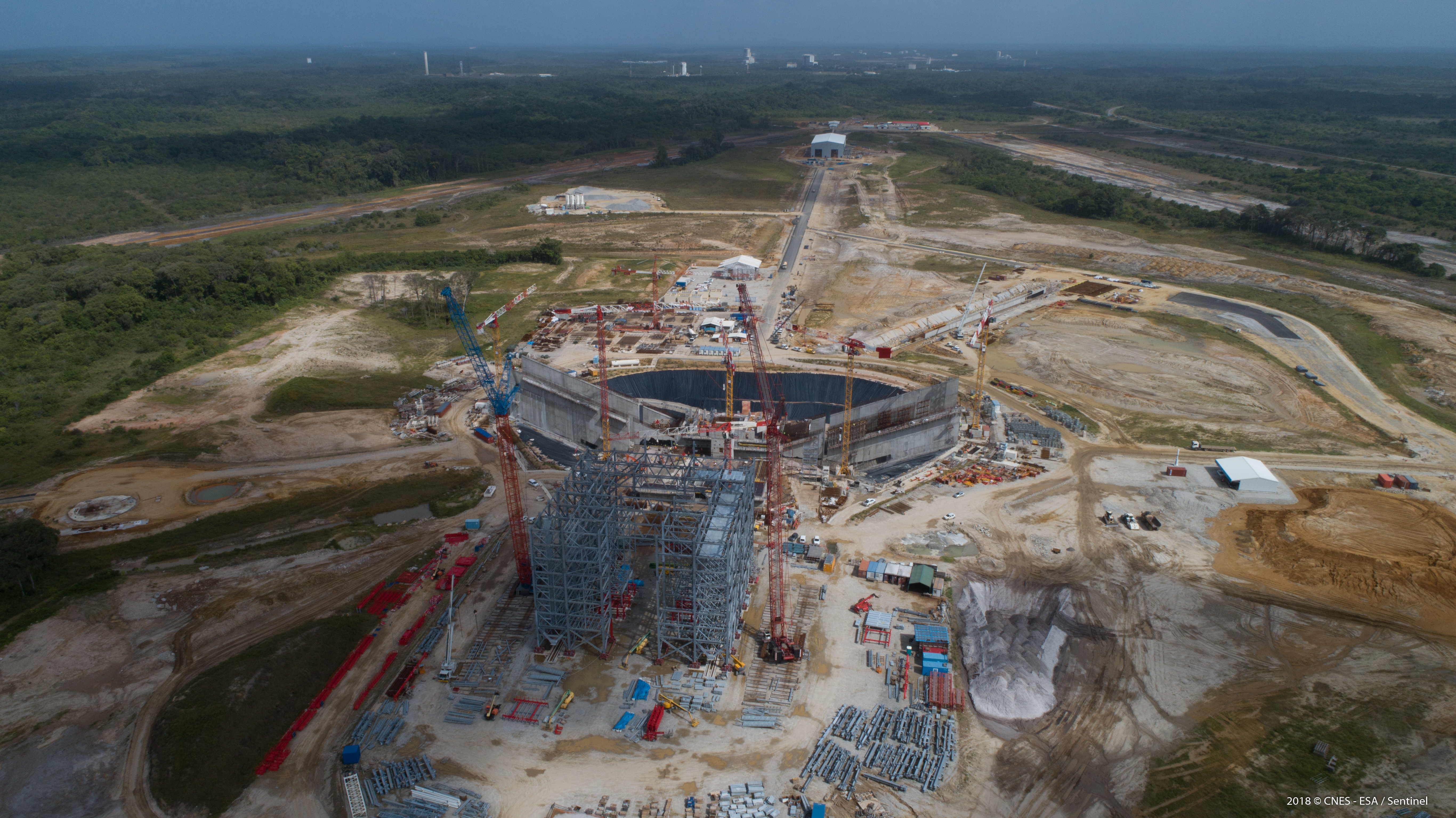 Additionally, here is a very good video from the beginning of May that will give you a good idea of the vast infrastructure work that is currently underway.

P120C – which is the core element of both the next Ariane 6 solid booster and the Vega C launcher — is being readied for its first test firing on June 29. The test will take place at the special booster test facility that was first developed for Ariane 5, and then regularly adapted to the needs of Ariane 5 evolutions. The communications teams are working on how to present this to the wider public so there will be more news on this event from them as we get closer to the date.

In a nutshell… there is never a dull moment out here.