Come to Rome in May, the Weather is Wonderful…

I am in Frascati for the ESA Launchers Program Board that is held Thursday-Friday this week. The Program Board is a meeting between the ESA executive, i.e. the managers of the Programmes (Space Transportation in this case), and the political representatives of those member states who are involved in the programmes. It gives the member states a chance to follow up on their investments, read and question the progress reports from ongoing programmes, check on the new developments, get a better understanding of the challenges we are all facing in the future — and very importantly, prepare for the Council meetings where the main financial decisions on new programs are taken.

These important meetings nominally take place four times per year, most of the time in Paris. However, this time we are meeting in one of the other ESA establishments, ESRIN, located in Frascati, Italy.

One reason for this location might have been the added attraction of spring in Italy… but if so, then it did not work out as planned. The weather Gods are notably fickle and the current weather is unseasonably cold with frequent drenching showers. None of us packed for this, showing what eternal optimists most of us are when it comes to weather. On the other hand, the air conditioning in the meeting room functions very well and the Italian food more than compensates for the weather.

The ESA team involved in the development of the Vega launcher sits here in ESRIN. Why is this? Well, close by lies Colleferro, the site of Avio, the Vega Prime contractor and provider of Ariane 5 solid boosters. The close collaboration of ESA and Avio is one key factor to the programme’s success so far. Therefore, we started Wednesday with a visit to the Avio plant — an opportunity not to be missed. After receiving us with coffee and wonderful Italian pastries, the CEO and General Manager, Giulio Ranzo, explained about the company history and current setup. 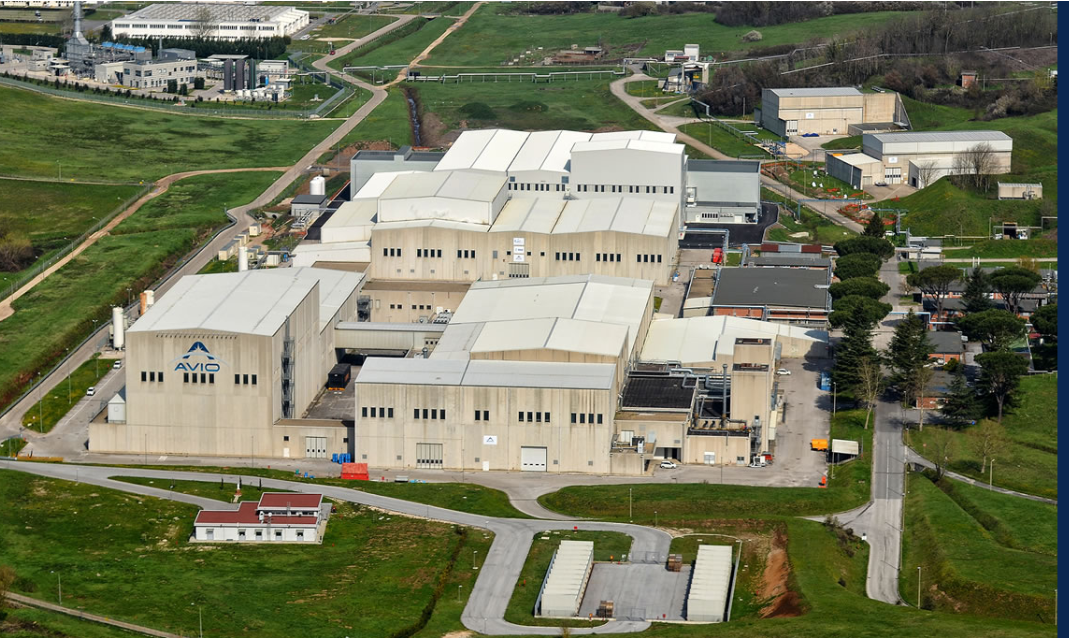 Originally, Avio worked on propulsion for the first European launcher attempt called Europa (back in 1965).

Note that this first effort to create a European launcher (by a pre-cursor to ESA called ELDO) did not go as planned. After two failed attempts, the efforts stopped. The Ariane program started instead. ESA was created in 1975 and the first Ariane launch took place in December 1979.

They continued this work on Ariane, Ariane 4 and Ariane 5. Next step was to try to develop a small launcher using the booster they had developed for Ariane 5. This new launcher was called Vega and Avio was the prime contractor for this brand new creation. It was a new challenge for them since they had never done the full launcher systems work before developing Vega. After securing the support of other ESA member states, they received good help from ESA, and could finally realise their dream.

The first successful Vega launch was in 2012; already by November 2017, the 11th launch carried a Moroccan satellite into orbit. All flights have been flawless so far and the close cooperation between Avio and ESA continues today. 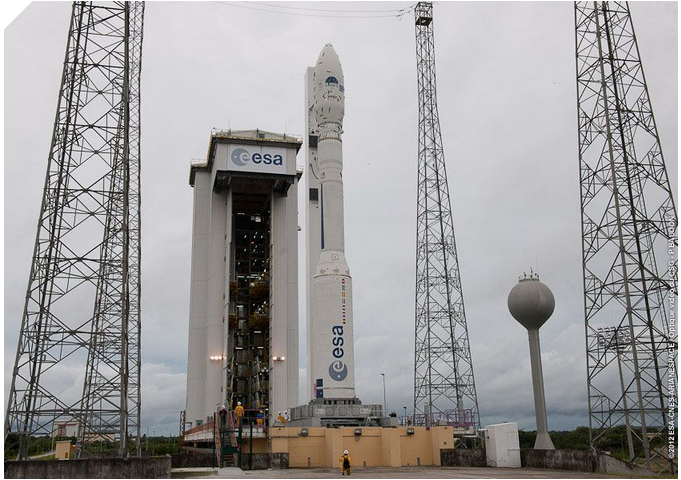 We were then given a tour of the factory by Massimo Epifany, recently the Head of Europropulsion and Regulus in Kourou. The halls are huge…. dimensioned for full production of segments in use for Ariane 5 and Vega.

The first stage of a Vega rocket is called P80 and the engine comes from Europropulsion. The second stage is called Zefiro 23, and the third stage Zefiro-9; both are done by Avio. For a non-engineer, the numbering of the various stages of a launcher are a mystery. From an engineering perspective, the naming makes perfect sense… provided you know the definition, which is connected to the mass of propellant in each segment.

Work is also ongoing for Ariane 6 where the boosters are called P120C, and constitute an evolution of the P80 that is in use for Vega. The P120C is 10m long and 3.4 m in diameter — roughly the size of a double-decker London bus.

The Ariane 5 booster production process is as follows. Note that this is very simplified, and as pictures were not allowed, I will try to describe what I saw.

2. Rubber insulation is applied inside the tube. This is what protects the structure from the intense heat generated during the boost phase. The structure would otherwise crack from the stress induced by the temperature difference between inside (3,000 degrees Celsius during boost phase) and outside (sub-zero temperature). The insulation layer varies depending on the need.

3. Once the rubber has been applied, the segment it is vulcanised – that is, hardened and then checked for deficiencies.

4. The segment then goes to another building. There, the outside layer is constructed via an intricate process with several steps.

5. Next, a layer of coated carbon fibre is applied, after which the segment looks like one of those balls of string you can buy at the grocery shop — except neater and tighter. Not so long, ago skilled manual operators did this task. Today, it is done by robots.

6. A layer of another material is applied on top of this carbon fibre — again by robots, after which it resembles a big spool of sewing thread.

7. The tube-shaped segment goes into an autoclave for “baking”. The rubber inside will expand whilst the outside material will contract. The coated carbon fibre in between these two – much like the filling of a sandwich — will smear out, filling all the tiny gaps.

8. After exiting the autoclave, the outer surface is smoothed

The bigger segments (2 and 3) are now ready for shipment to Kourou, where they will be filled with solid propellant produced in the Regulus factory located on site.

Segment 1, the smaller one (which is still pretty big!) will be filled with solid propellant here in Avio, Colleferro, then shipped to Kourou.

Assembly of the three segments into a booster takes place at the adjoining Regulus facility, after which the booster is ready to be integrated with Ariane 5.

In another building, we could see the P120C ongoing preparation for Ariane 6 and Vega C. For the uninitiated, Vega C is a Vega with more capacity and Ariane 6 is the new launcher that will replace Ariane 5.

In addition this model (or was it another one?) will be subjected to a rupture test sometime in September. Rupture test means they will apply pressure until it cracks. Like most engineers, I’d love to be present to watch that test…

The P120 firing test is planned for end of June, in the dedicated facility in Kourou. More news on this important event will be provided at the time.

All in all, it was a very educational and enjoyable afternoon.  Seeing the installations and meeting the interested and dedicated people involved is one of the best parts of working in the space domain. It is all about teamwork. Our field of work is so complex and has so many elements that must work perfectly that the only way to succeed is to collaborate.