BepiColombo Arrives in the Spaceport

2018 is a busy year here at the spaceport, and in particular for us at ESA. There are 4 ESA satellite campaigns planned during the coming months: Galileo, BepiColombo, Aeolus, and MetOp. All of them are different, and, more to the point, they are each different from one another and from the standard telecom satellite campaigns.

BepiColombo is planned for launch in October but they have a long launch campaign ahead of them. 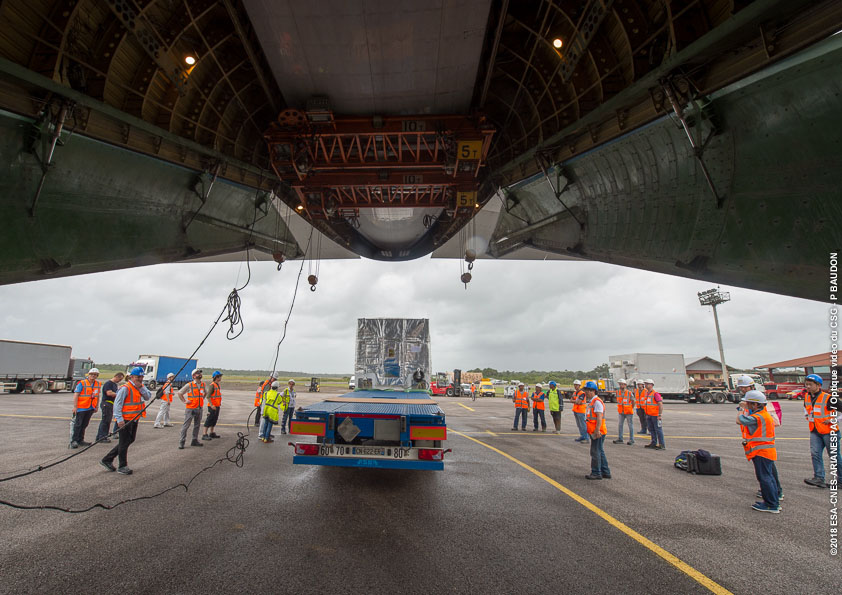 Arrival of the Mercury Magnetospheric Orbiter (MMO) and the Mercury Planetary Orbiter (MPO) to airport Felix Eboue – 2nd May, 2018

More information can be found here, and the best place to find out more about BepiColombo is on its own website here.