Welcome to The Spaceport

Welcome to the Spaceport ESA blog. This site will cover the activities at Europe’s Spaceport (also known as Guiana Space Centre or CSG), in Kourou, French Guiana, situated on the northern coast of South America. 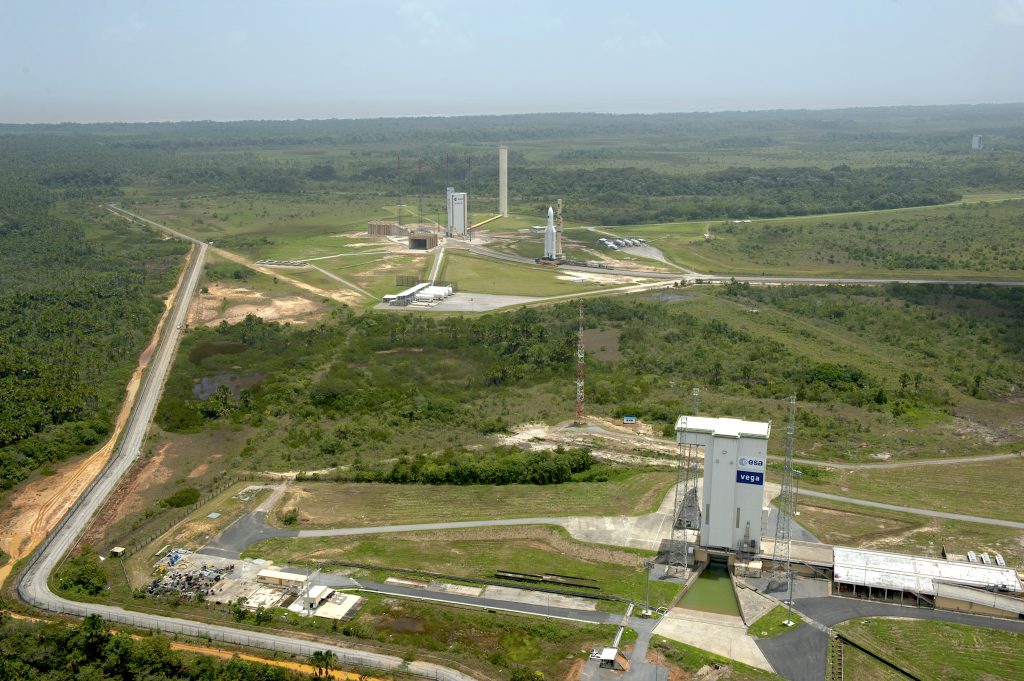 The last few days at the Spaceport have been more than usually eventful (in the proper sense of the term). On Thursday 5 April, Ariane 5 placed two important telecommunications satellites, Superbird-8 and Hylas-4, into their intended orbits (on its flight code VA242). It was a spectacular early evening launch and from my seat in the Jupiter Control Centre, I could both hear and feel the rumble of the powerful engines as Ariane passed. I have participated in many launches but each one is different and all are memorable events.

The following day, it was back to work for all the teams as there are many activities going on in parallel in preparation for the next Ariane 5 launch: VA243, another dual-payload telecommunications launch.

With VA242’s payloads safely in orbit, CSG could finalise preparations for the next, very important, festive event — celebrating 50 years since the first launch on 9 April, 1968.

Past Directors of the spaceport as well as the very first DDO (Directeur des Operations in French, a.k.a. Launch Range Manager in English) attended this event. On the morning of 9 April, CNES organised a session with these old timers, who told us some of their anecdotes of the early days. 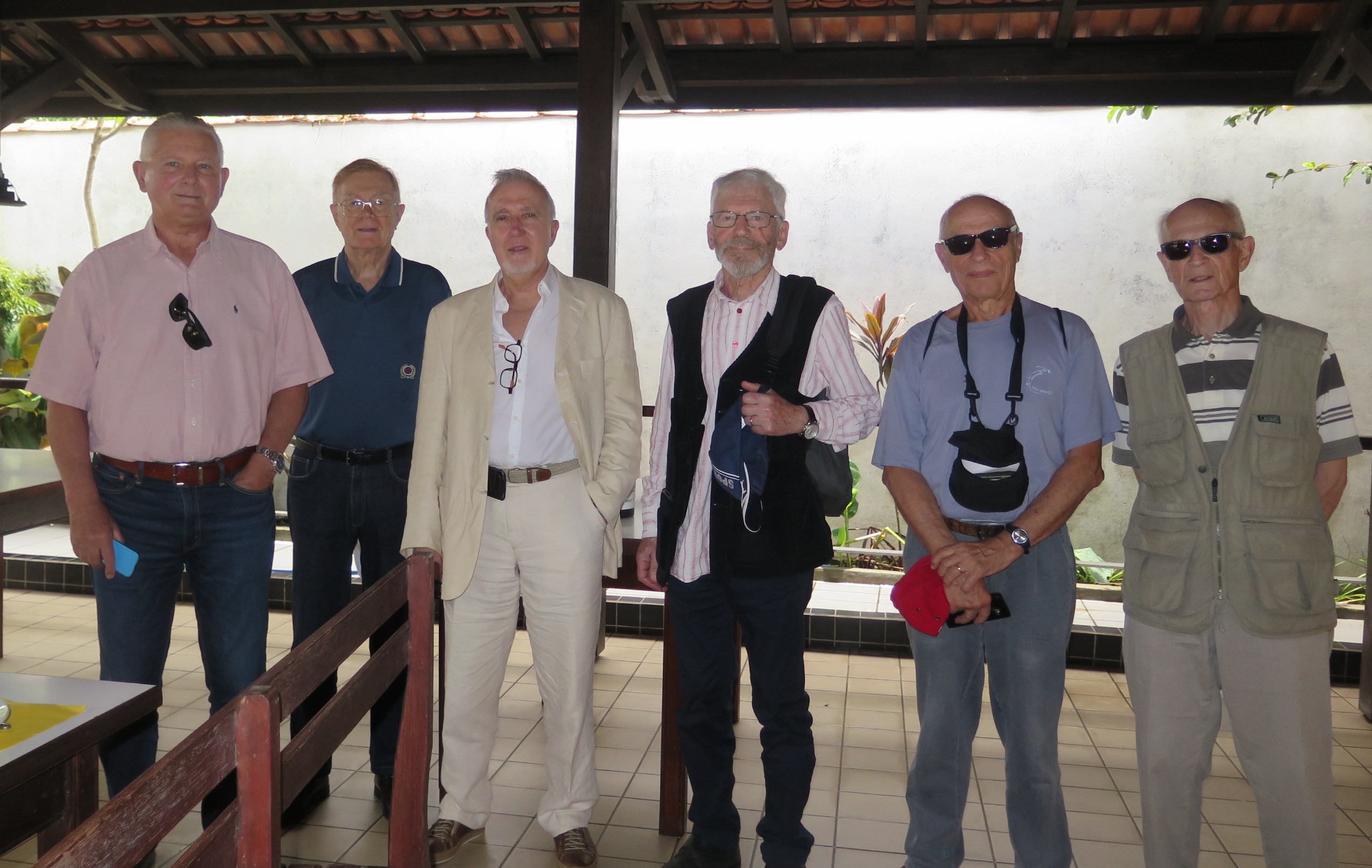 Kourou, in the very early days, was a very small town with only 500 inhabitants. There was a track leading to Cayenne, but no bridges. The two rivers were crossed via small ferries that only worked during the day. Everything had to be built from scratch such as access roads, housing for staff, health care, the launch platform, various necessary installations to allow safe operations, and so on and so forth.

Around 1966, the town had already grown to a population of 3 000 — and according to a news clip shown to us, the plan was to increase this to 10 000 inhabitants within two to three years. Already at the time, it was an international place with workers coming from French Guiana, surrounding countries, as well as from Europe. 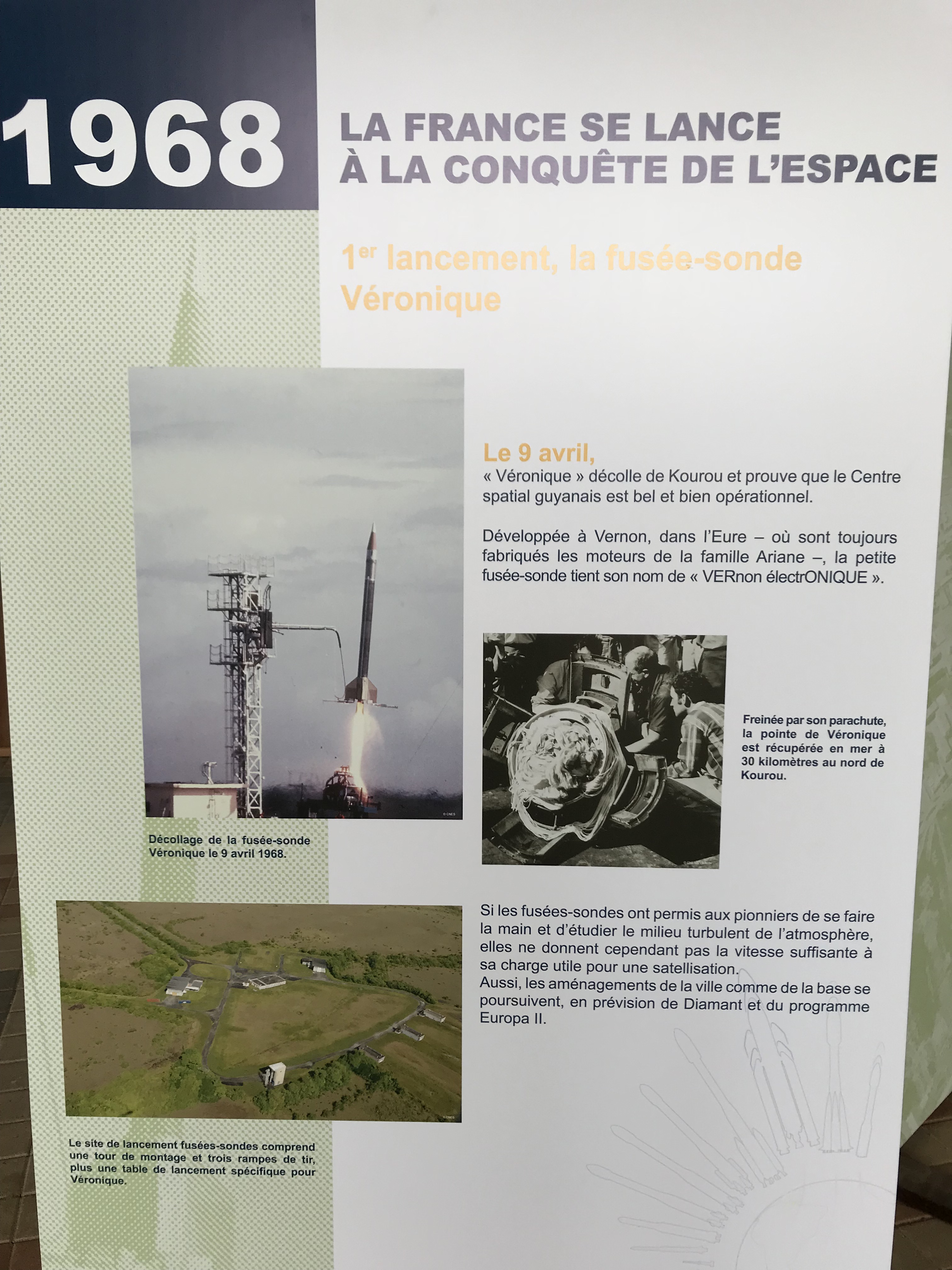 This first launched rocket (called Veronique), which was just a sounding rocket, might have been smaller than the ones we launch today. However, the various difficulties and challenges that had to be overcome then were just as numerous and required just as much creative thinking as the challenges we meet today.

In the evening, CSG staff were treated to a really nice party with truly European flavours. The effort of the party organisers (not to mention the caterers) was a small, but very visible (and much appreciated) symbol of this European Spaceport.

The Spaceport is preparing for the arrival of a very important European satellite, BepiColombo, which will spend many months here before departing this autumn on its multiyear journey to the planet Mercury.

Over the coming weeks and months, the ESA Kourou office at the Spaceport will animate this blog with pictures, articles, and links to interesting material, to provide a flavour of what is happening at Europe’s very dynamic Spaceport.

I hope you will enjoy it,