Rosetta’s Navigation Camera captured five images shortly after the collision manoeuvre last night, which are being analysed by flight dynamics to confirm the spacecraft is on track to impact its target in the Ma’at region of Comet 67P/C-G later today.

The last image returned from the spacecraft was taken at 00:59 UT onboard the spacecraft, and downlinked to Earth a couple of hours later. It was taken at a distance of 17.4 km from the centre of the comet. The image scale is 1.5m/pixel and the image measures about 1.5 km across. 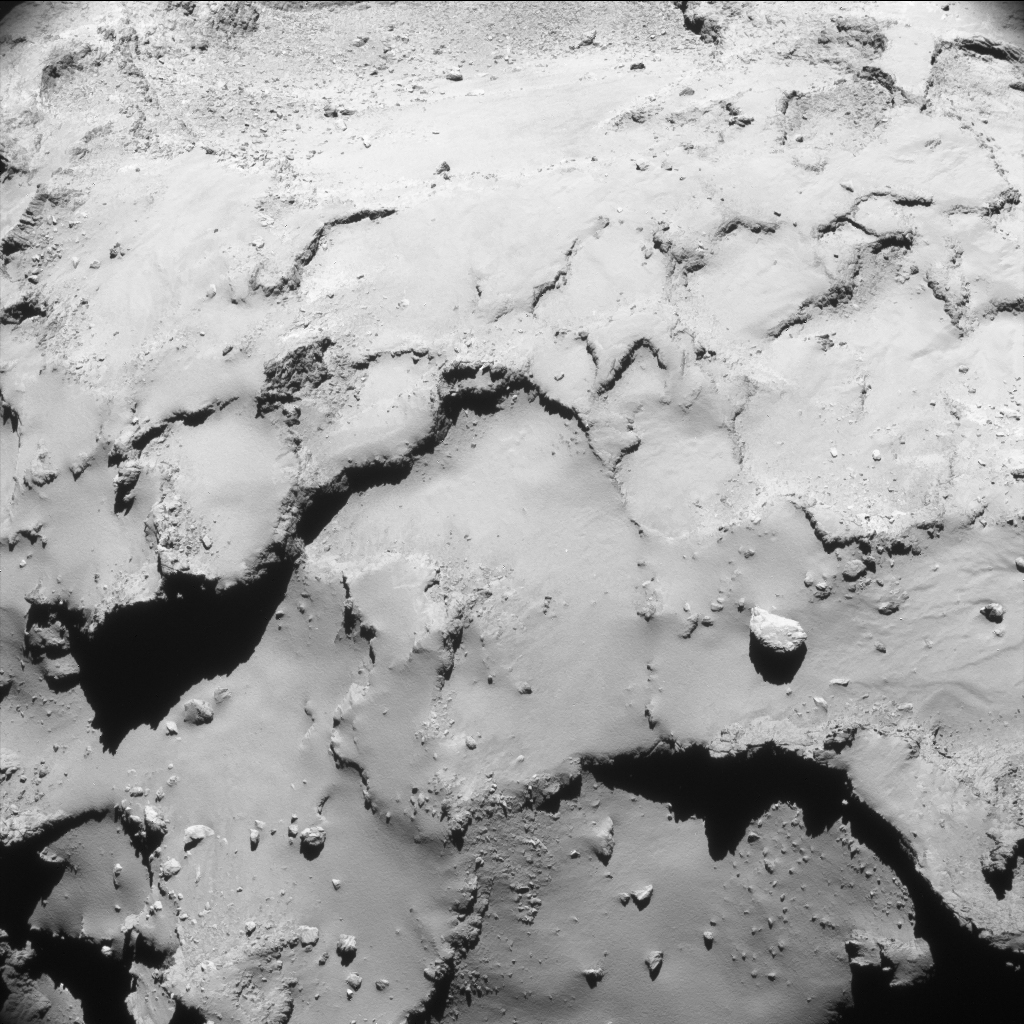 The five images were used by the flight team to update the estimate of the landing time and final pointing of the spacecraft. The revised impact time is now predicted as 10:38:32 UT+/- 2 minutes at the comet.Because of the 40 minute signal travel time between Rosetta and the Earth today, confirmation of the mission’s end will arrive at ESA’s mission control at 11:18 UT/ 13:18 CEST +/- 2 minutes.

The full set of five images will be published later this morning.

The original unprocessed image is provided below: