Some impressive numbers from Rosetta’s mission. Click for full res! 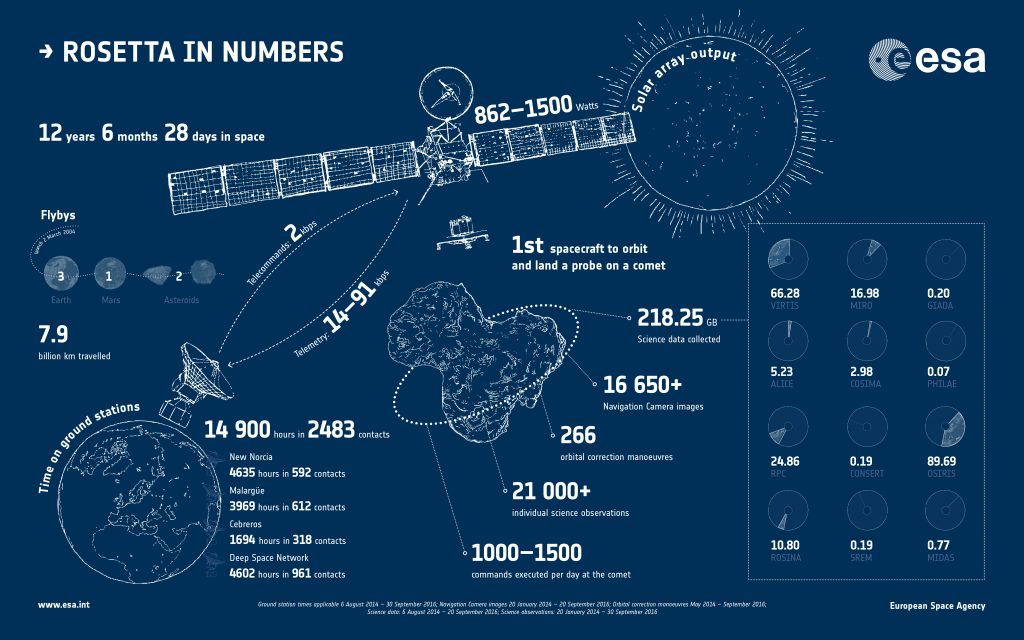 Summary
Rosetta’s mission lasted 12 years 6 months and 28 days, from launch on 2 March 2004 to mission end on 30 September 2016. During that time, the spacecraft travelled some 7.9 billion km, including three gravity assist flybys at Earth and one at Mars, and two asteroid flybys.

Travelling from Earth and eventually out towards the orbit of Jupiter, the vast distance between the spacecraft and the Sun, and spacecraft and Earth, has impacted on available solar power and data downlink capabilities respectively, as detailed in the graphic.

The majority of remaining figures shown apply to Rosetta’s time at Comet 67P/Churyumov-Gerasimenko, between 6 August 2014 and the end of September 2016, although navigation camera images and science observations began again during the approach to the comet, following the spacecraft’s wake up from deep space hibernation on 20 January 2014.

The total amount of (uncompressed) science data downlinked from Rosetta’s instruments during its time at the comet is also shown. For definitions of instrument acronyms click here.