As the Rosetta mission draws to a close next Friday, 30 September 2016, the CometWatch team here at ESA realised that this will be the last ‘regular’ entry of this popular feature on the blog (*) through which we have shared a great deal of views of Comet 67P/Churyumov-Gerasimenko taken with Rosetta’s navigation camera (NAVCAM) since July 2014, shortly before Rosetta’s arrival at the comet.

As it happens, Rosetta recently took a new image of its final “landing” site on 67P/C-G, which we thought would make the perfect entry for this week’s CometWatch. The image was taken on 18 September 2016, when the spacecraft was 12.1 km from the centre of the comet. 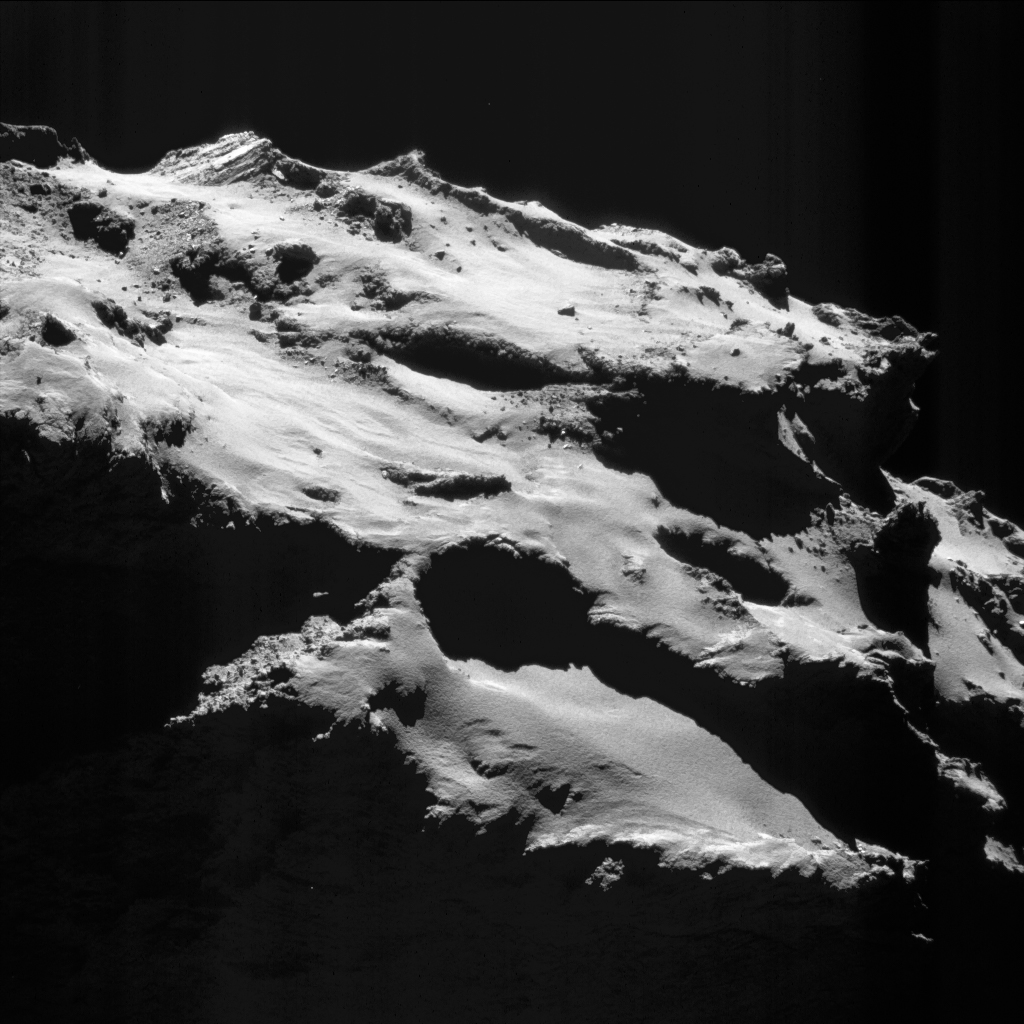 The image depicts the dust-covered terrains of Ma’at, on the small comet lobe, where Rosetta is destined to make a controlled impact next week. The spacecraft will aim at a point just right of the image centre, next to Deir el-Medina, the large pit located slightly below and to the right of centre in this view.

At the scale of today’s CometWatch – 1.0 m/pixel – the main structure of Rosetta would span roughly 2 x 2 pixels; taking into account its two solar panels, the entire structure would span about 32 pixels across.

Deir el-Medina is about 130 m-wide and, like other pits located in the Ma’at region, exhibits intriguing metre-sized lumpy structures called ‘goosebumps’ on its internal walls. During the descent, Rosetta will collect unprecedented close-up views of these structures, which scientists believe could be the signatures of early ‘cometesimals’ that assembled to create the comet in the early phases of Solar System formation.

In the composite image below, Rosetta’s planned impact point in Ma’at is shown – with an approximate indication of the targeted 700 x 500 m ellipse – in the context of the small lobe of Comet 67P/C-G, together with Philae’s first and final touchdown sites. 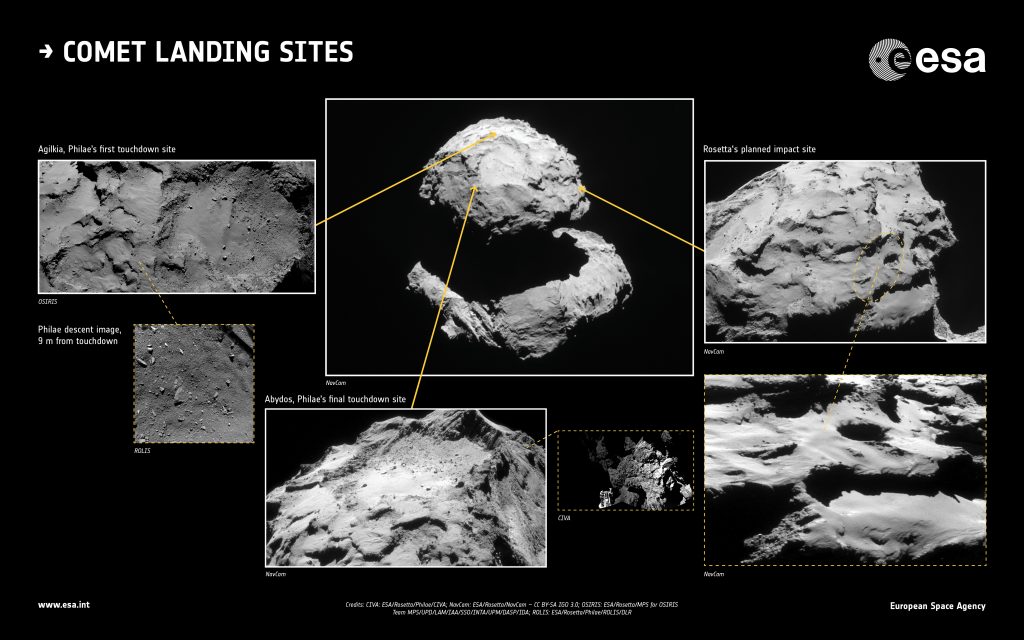 Another recent view of the comet, taken with the OSIRIS wide-angle camera on 20 September, when Rosetta was 13.7 km, was published earlier this week via the OSIRIS Image of the Day website. 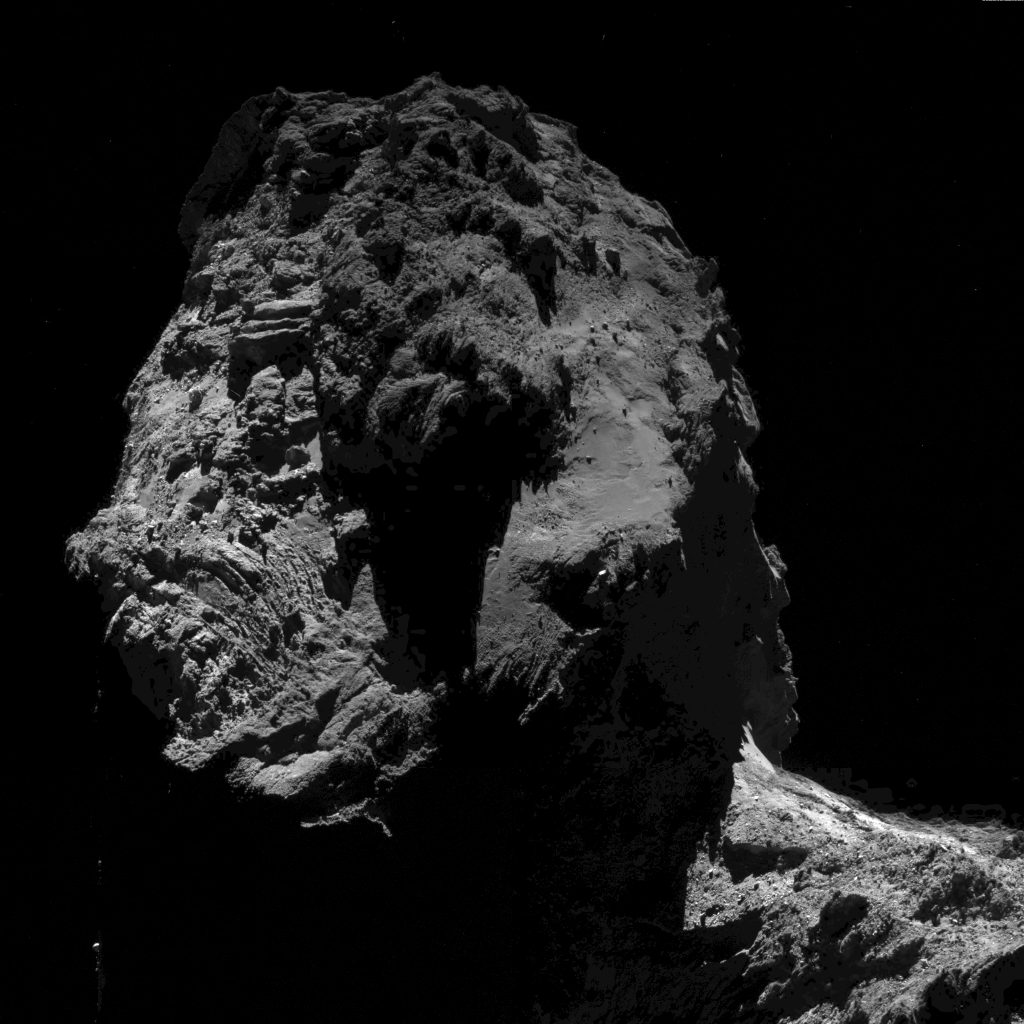 OSIRIS wide-angle camera image taken on 20 September 2016, when Rosetta was 13.7 km from the centre of the comet. The scale is 1.28 m/pixel and the image measures about 2.6 km across. Credit: ESA/Rosetta/MPS for OSIRIS Team MPS/UPD/LAM/IAA/SSO/INTA/UPM/DASP/IDA

Most of the view is dominated by the Khonsu, Atum and Anubis regions on the large comet lobe, with the rough terrains of Anuket, bridging the comet neck and small lobe, visible in the lower right corner.

A close-up of Khonsu, portraying a large boulder in this region, was also recently published. It was taken with the OSIRIS narrow-angle camera on 17 September, 7.7 km from the comet centre. 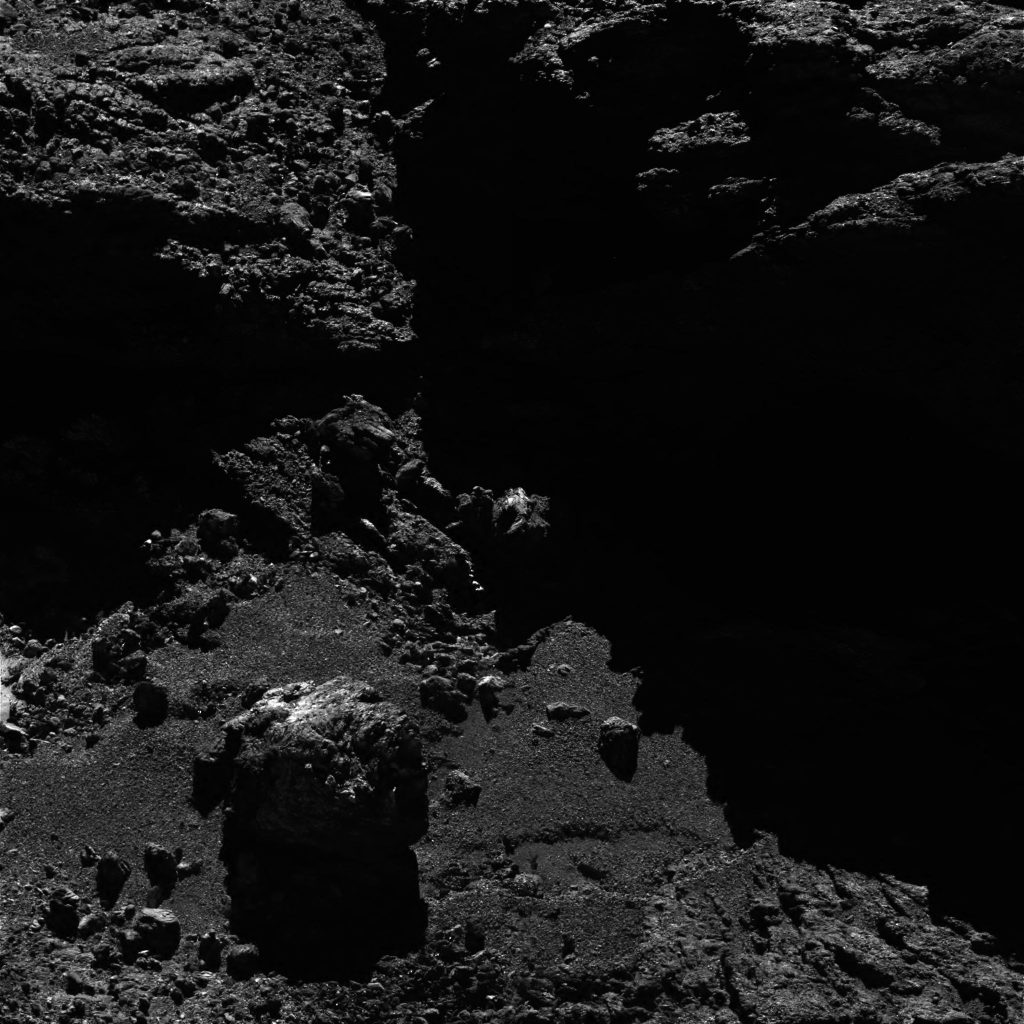 OSIRIS narrow-angle camera image taken on 17 September 2016, when Rosetta was 7.7 km from the centre of the comet. The scale is 0.13 m/pixel and the image measures about 266 m across. Credit: ESA/Rosetta/MPS for OSIRIS Team MPS/UPD/LAM/IAA/SSO/INTA/UPM/DASP/IDA

On behalf of the CometWatch team, thank you for following our feature on the blog!

(*) Don’t despair, there will be more NAVCAM images taken during next week, which will be later shared on the Archive Image Browser. 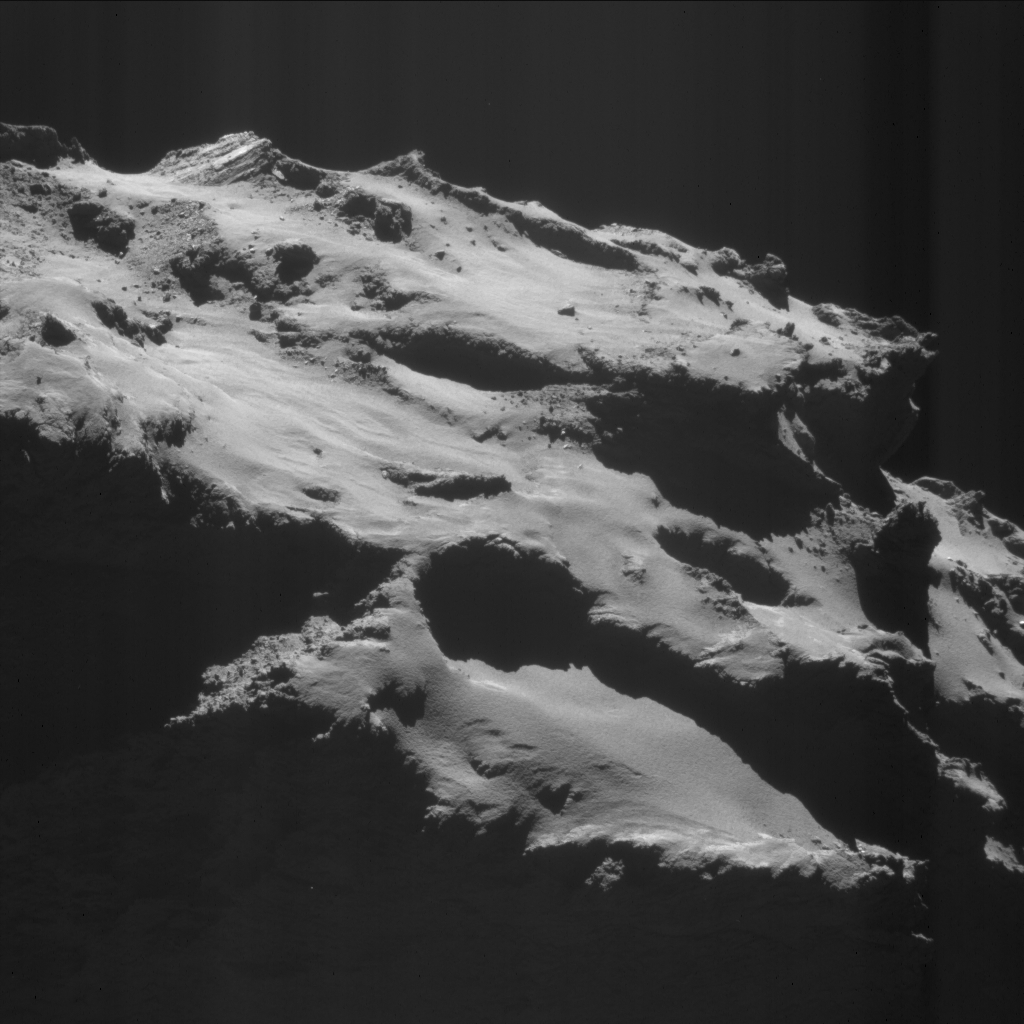