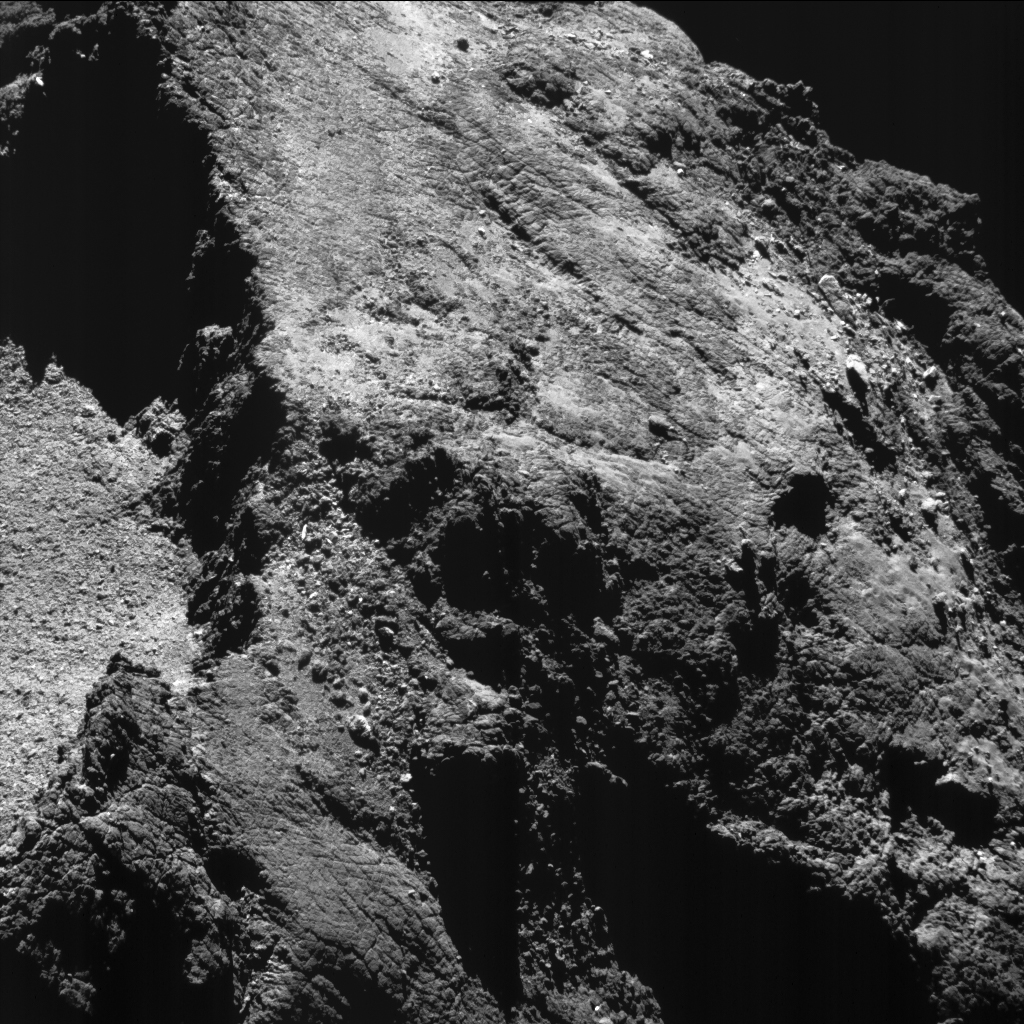 Enhanced image of comet 67P/Churyumov-Geraimsenko, taken by Rosetta’s NAVCAM from a distance of 8.5 km. The scale is 0.7 m/pixel and the image measures about 700 m across. Credits: ESA/Rosetta/NavCam – CC BY-SA IGO 3.0

During that time Rosetta has mapped the comet’s curious shape and given us awe-inspiring views from near and far, spotting changes in its surface features and watching as jets of gas and dust stream out in to space – sometimes unexpectedly as sudden outbursts.

The spacecraft has performed daring close flybys and made distant excursions to sample gas, dust and plasma at a range of distances, giving unparalleled insight into the processes that operate at the comet and how it interacts with its environment as it hurtles through space.

In two years, the comet has travelled around 1.5 billion km along its orbit around the Sun, passing through perihelion last August – its closest approach to the Sun – and putting on a spectacular fireworks display as its activity reached a maximum.

Unlike this time last year, when the comet was so active that Rosetta could only observe it from a safe distance of 200–300 km, the activity has since subsided and the spacecraft is now operating at much closer distances, as reflected in this image, captured on 6 August 2016 from 8.5 km. The scale is 0.7 m/pixel and the image measures about 700 m across.

It shows a close-up view of part of the comet’s small lobe, encapsulating some of the large depression known as Hatmehit and its steep cliff walls (left), and the contrasting heavily fractured terrain of Wosret (bottom) and Bastet (top). A portion of the horizon is also captured in the distance, at the top right.

Local variations in topography and individual large boulders cast impressive shadows across the scene. For example, the details of the cliff edge at the top left are recorded in the shadows it casts on the floor below.

The area close to the bottom of the image has been the focus of imaging campaigns attempting to find Rosetta’s lander Philae, where it is thought to have bounced in November 2014, but has yet to be confirmed.

With Rosetta still flying alongside, the comet is now heading back towards the outer Solar System. As such, power is falling, and Rosetta’s thrilling mission will soon conclude in a grand finale: it will make a controlled impact onto the surface of the comet on 30 September.

This image is featured as ESA’s Space Science Image of the Week. 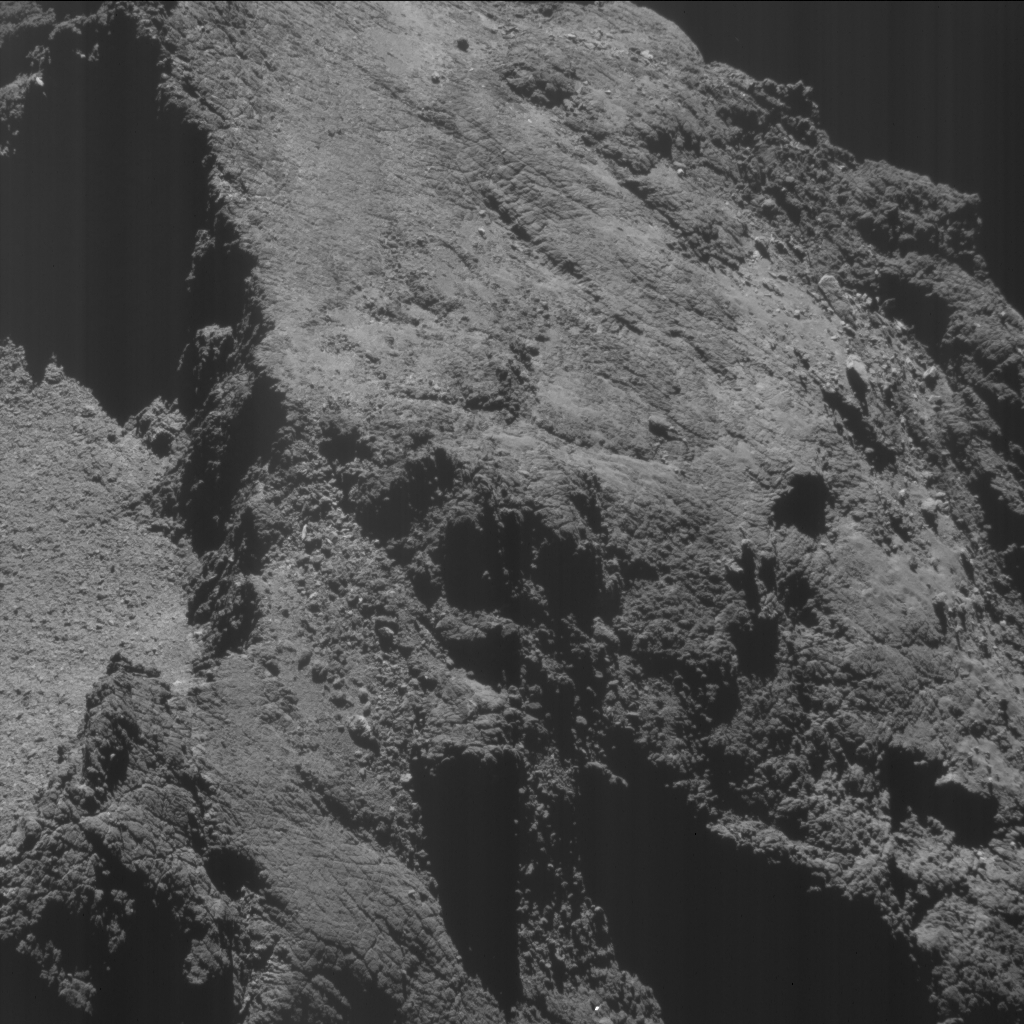