This week’s CometWatch entry soaks up the sights of a number of regions on both the small (right) and large (left) lobes of Comet 67P/Churyumov-Gerasimenko.

The image was taken by Rosetta’s NAVCAM on 17 June from a distance of 30.8 km, and the image measures about 2.7 km across.

It gives a birds-eye-view onto the layered terraces in Seth (bottom left) and Babi (top left), with hints of the smooth dust-covered Ash region towards the bottom left corner.

The boulder-strewn neck region, Hapi, lies in the centre of the image. Following the course of the neck ‘up’ towards the top of the frame, the boundary between Hapi and Aker is encountered.

The view of the small lobe, to the right of the scene, is dominated by the dusty surfaces of Ma’at, and casts an impressive shadow over the landscape below. 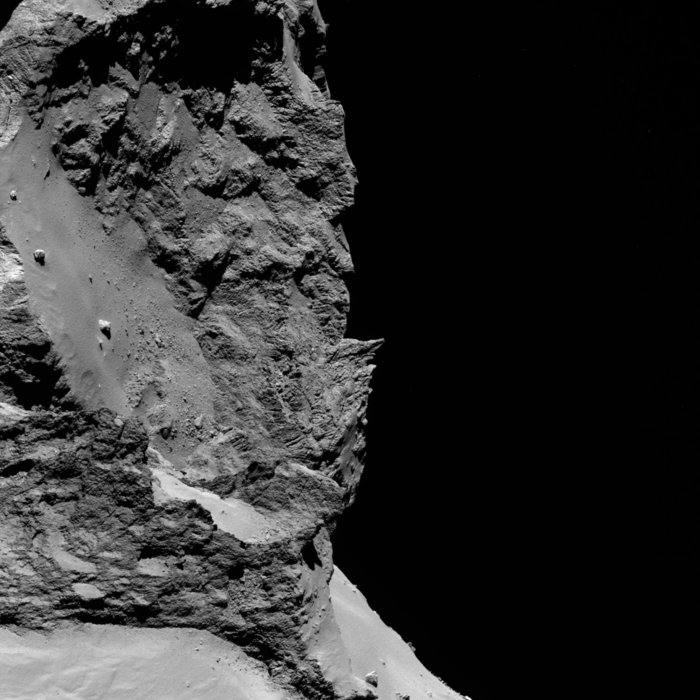 OSIRIS narrow-angle camera image taken on 8 June 2016, when Rosetta was 29.7 km from the centre of Comet 67P/Churyumov–Gerasimenko. The scale is 0.53 m/pixel and the image measures about 1.1 km across. Credits: ESA/Rosetta/MPS for OSIRIS Team MPS/UPD/LAM/IAA/SSO/INTA/UPM/DASP/IDA

An OSIRIS ‘image of the day’ released this week (above) provides a complementary view of the biggest terrace in Seth, which – following the Egyptian naming convention on the comet – scientists have nicknamed Aswan.

Aswan boasts a variety of geomorphological features, such as steep, layered and fractured walls that contrast against the relatively smooth and flat, dust-covered terrace that was once considered a possible landing site for Philae.

Along the cliff edge multiple arch-shaped features can be seen; they likely represent an eroding margin linked to sublimation and fracturing.

A handful of large boulders are also present amongst many smaller ones; to give a sense of scale, the majority of boulders seen in this image are around 2 m wide or larger, with the large boulder situated close to the cliff measuring just over 19 m across.

A detailed morphological analysis of the Aswan region is presented in a new paper by M. Pajola et al: “The Aswan site on comet 67P: morphology, boulder evolution and spectrophotometry”, which is accepted for publication in Astronomy & Astrophysics.

The original NAVCAM image from today’s release is provided below: 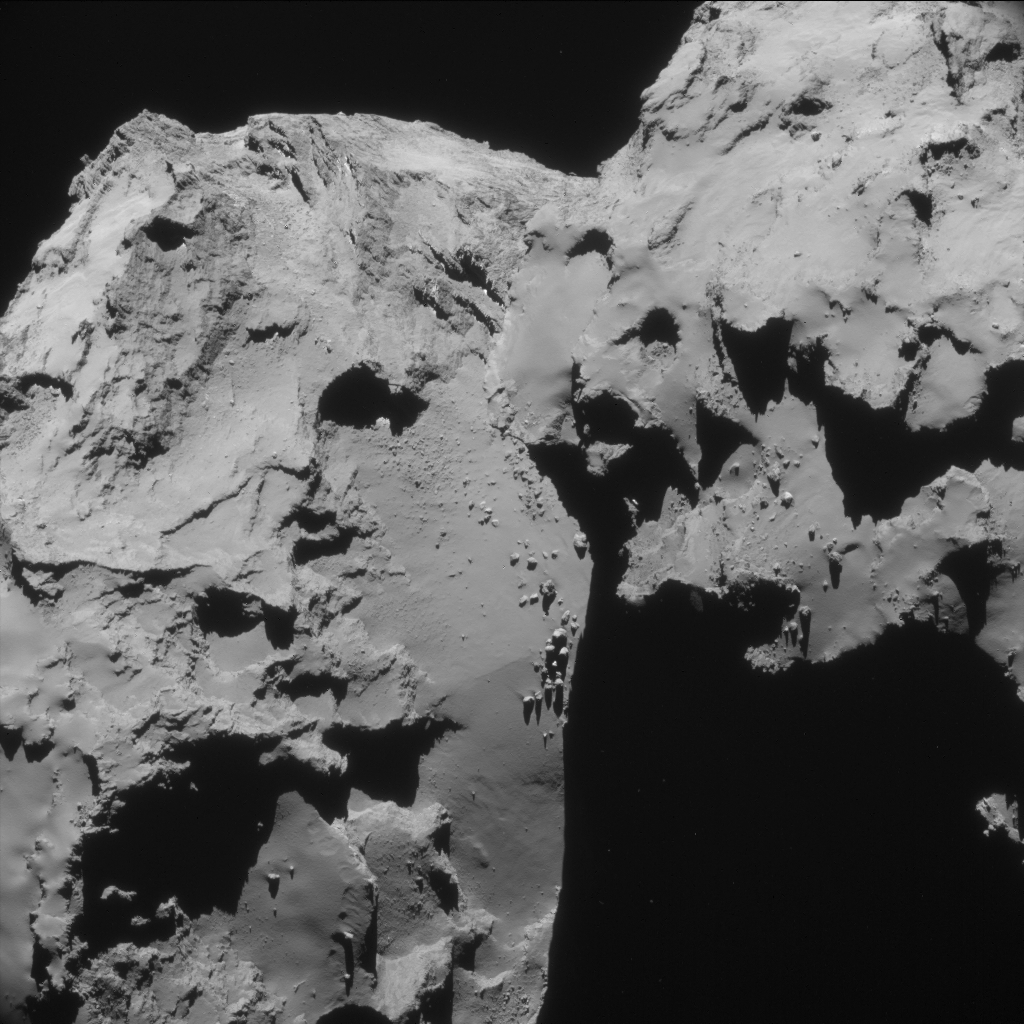