Artistic tributes to the Rosetta mission

Over the past two years, Rosetta has approached, reached and followed Comet 67P/Churyumov-Gerasimenko, collecting unprecedented images and other scientific data and dropping the Philae lander on to its surface to perform in-situ measurements.

While communicating the mission’s milestones, operational activities and scientific results via this blog and other social media channels, we have been pleased with the enormous impact that the mission had – and still has – on the public.

Among the many comments, questions and feedback we have received over the months, there were also some special messages: they came from artists across the world, who had been especially impressed and inspired by the incredible adventure of Rosetta and Philae.

They had spontaneously dedicated paintings, poems, songs, symphonies and a variety of other artworks to this unique mission, and wanted to share them with us.

Then we started searching the web, and were astonished to find even more artistic tributes to the mission.

Today, we are sharing this collection online by launching a new web-based platform: the “Rosetta Art Tribute” tumblr, to collect artworks based on different media that have been inspired by ESA’s comet-chasing mission.

This repository of artistic tributes expands on a post, “Music of the irregular spheres”, that was published on this blog in late 2014 to celebrate the many musical tributes that had been dedicated to Rosetta, Philae and Comet 67P/C-G around the time of comet landing.

We are delighted to see that the Rosetta mission has such a strong and long-lasting impact on the imagination and work of many artists. This is a testament to the mutual spirit of quest, research and exploration that is pursued, albeit with different tools, by scientists and artists alike.

We wish to send our warmest thanks to all the artists who chose to dedicate their pieces to Rosetta for their enthusiasm and for having let the mission become part of their artistic process.

This collection is by no means complete, and is maintained on a best-effort basis. We hope that it will grow with time, and if you are an artist (or know one) who has been inspired by the Rosetta mission and would like your work to be featured, please contact us via the tumblr or via this blog. 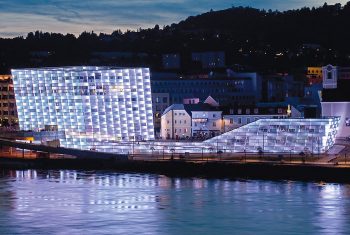 As a final note, we would like to advertise an artistic residency that ESA has recently launched in partnership with the Austrian institution Ars Electronica to research an interdisciplinary project bridging the domains of art and space science.

The residency project can be based on any subject from ESA’s space science programme (including, of course, the Rosetta mission!) and will take place in the second half of 2016. The deadline to apply has been updated to 20 June.