This week’s CometWatch entry pictures Comet 67P/C-G as seen with Rosetta’s NAVCAM on 22 February, from a distance of 32.5 km to the centre of the comet. 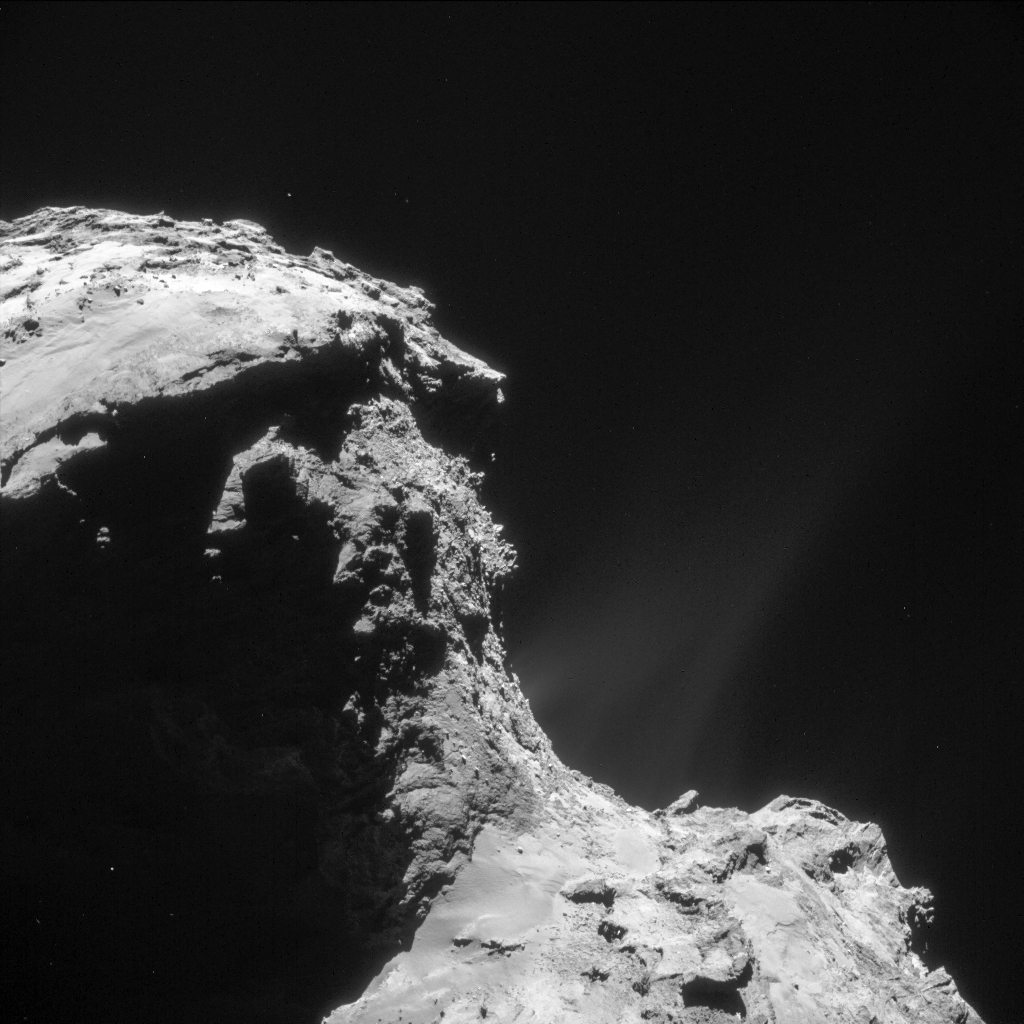 At this close distance the comet nucleus overfills the camera’s field of view, but allows details of the surface to be seen at closer range than in previous weeks and months. This image focuses on the comet’s ‘neck’ region and the transition of smooth Hapi (centre) into Anuket to the left, and Seth on the large lobe to the right. Serqet is seen to the top left of the frame.

Furthermore, the composition of this image is such that traces of the comet’s activity are revealed, emanating from around the neck region and extending towards the top right of the frame.

This is nicely complemented by a wide-angle view taken by Rosetta’s OSIRIS wide-angle camera last week – and released today via the OSIRIS image of the day website – showing the current state of the comet’s activity all around the nucleus (below).

Comet 67P/C-G taken on 18 February by Rosetta’s OSIRIS wide-angle camera from a distance of about 35.6 km. The image scale is 3.45 m/pixel. Credits: ESA/Rosetta/MPS for OSIRIS Team MPS/UPD/LAM/IAA/SSO/INTA/UPM/DASP/IDA

Meanwhile the OSIRIS narrow-angle camera continues to capture ever-detailed views of the surface in high resolution. The image below was taken on 13 February and also released via the OSIRIS image of the day website this week. 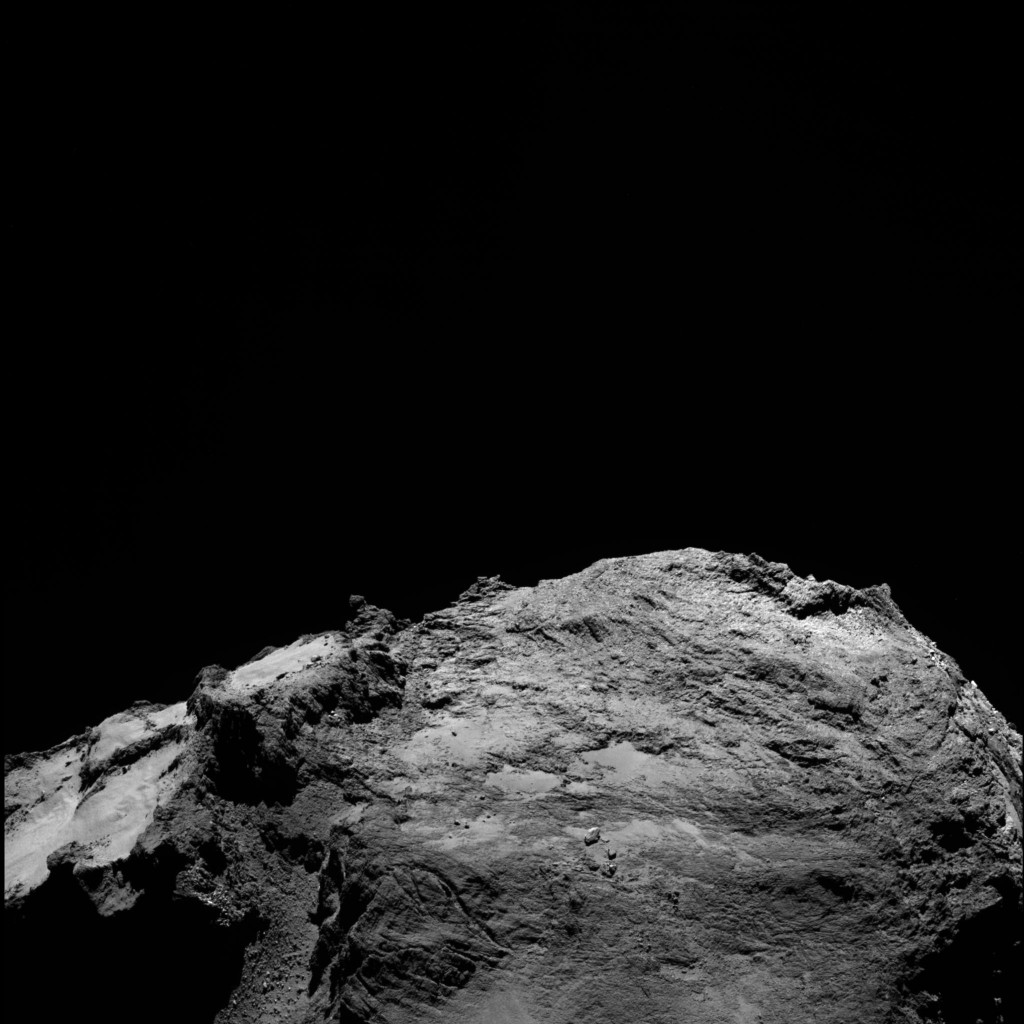 Comet 67P/C-G taken on 13 February by Rosetta’s OSIRIS narrow-angle camera from a distance of about 46 km. The image scale is 0.84 m/pixel. Credits: ESA/Rosetta/MPS for OSIRIS Team MPS/UPD/LAM/IAA/SSO/INTA/UPM/DASP/IDA

The scene captures a detailed look at part of the Aker (foreground) and Khepry (background) regions, and extends into Babi towards the left of the image.

The original NAVCAM image for today’s CometWatch entry is provided below: 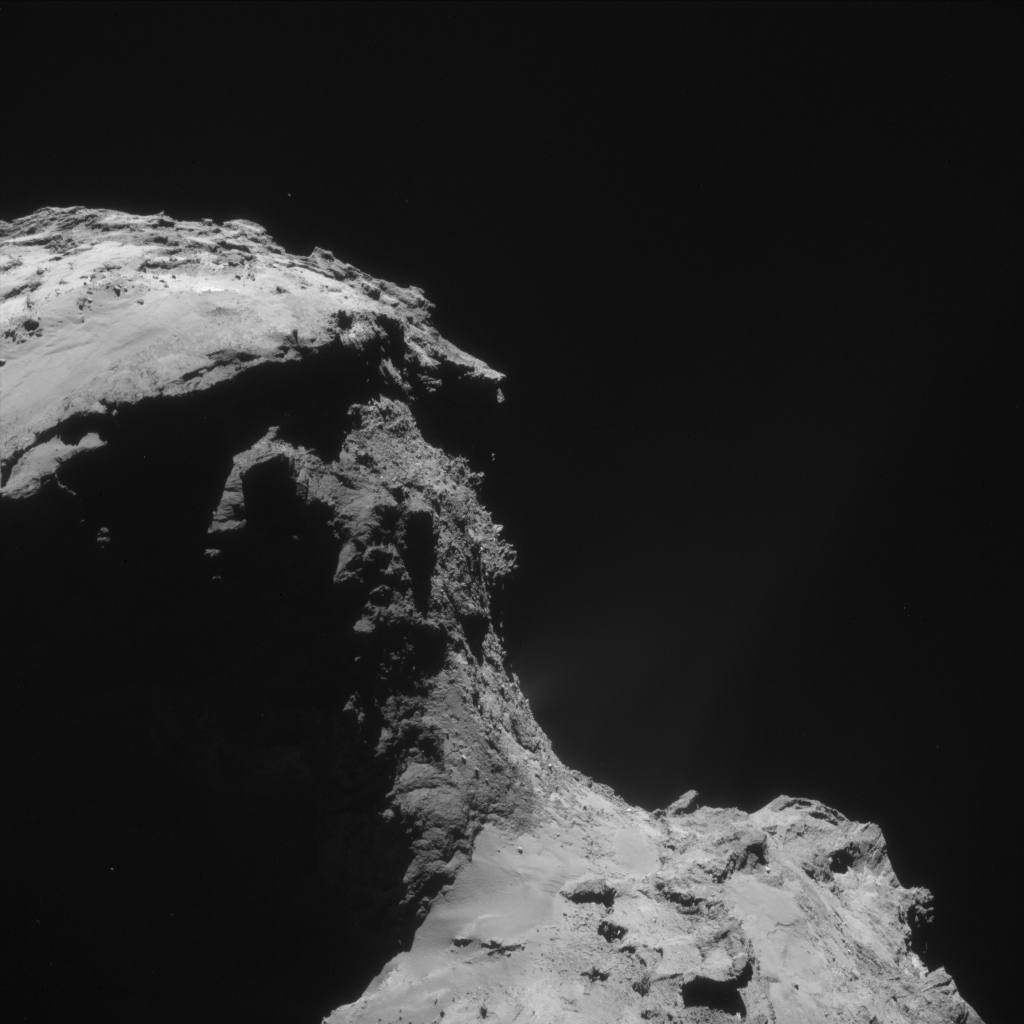