796 NAVCAM images were just added to the Archive Image Browser. They cover the period 26 August to 20 October 2015, which includes beautiful post-perihelion images, and the comet from afar during Rosetta’s far excursion. 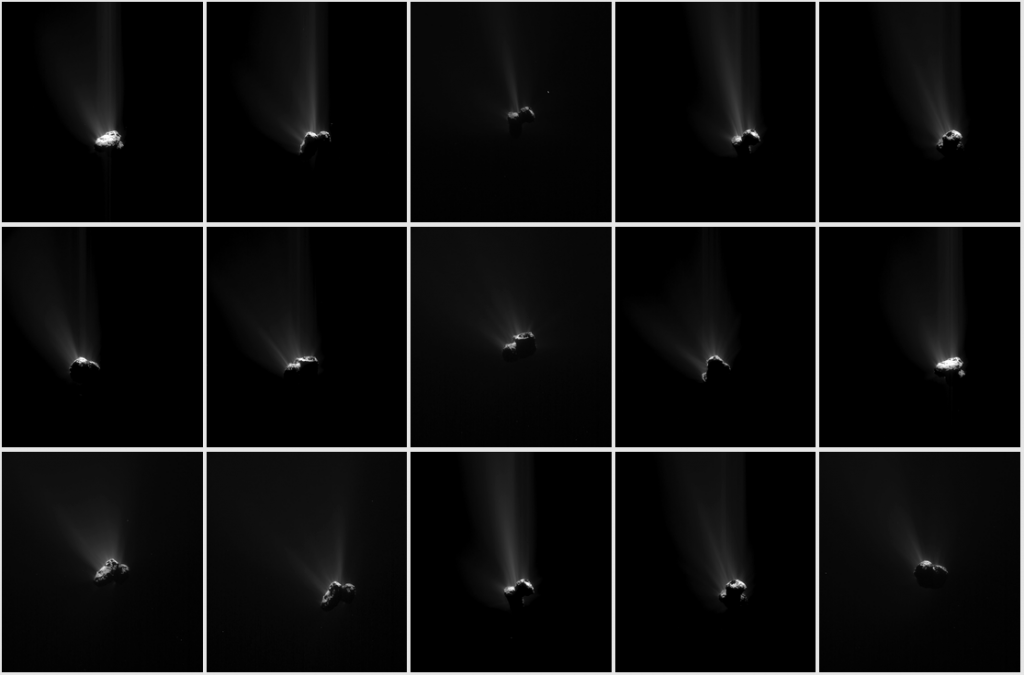 The latest images can be found in the folders labelled MTP020 and MTP021.