This week’s Cometwatch entry was taken by Rosetta’s NAVCAM on 27 November 2015 when the spacecraft was 124 km from the nucleus of Comet 67P/Churyumov-Gerasimenko.

The image scale is 10.6 m/pixel and the image measures 10.8 km across. The contrast has been lightly enhanced to bring out the comet’s activity without losing details of the nucleus. 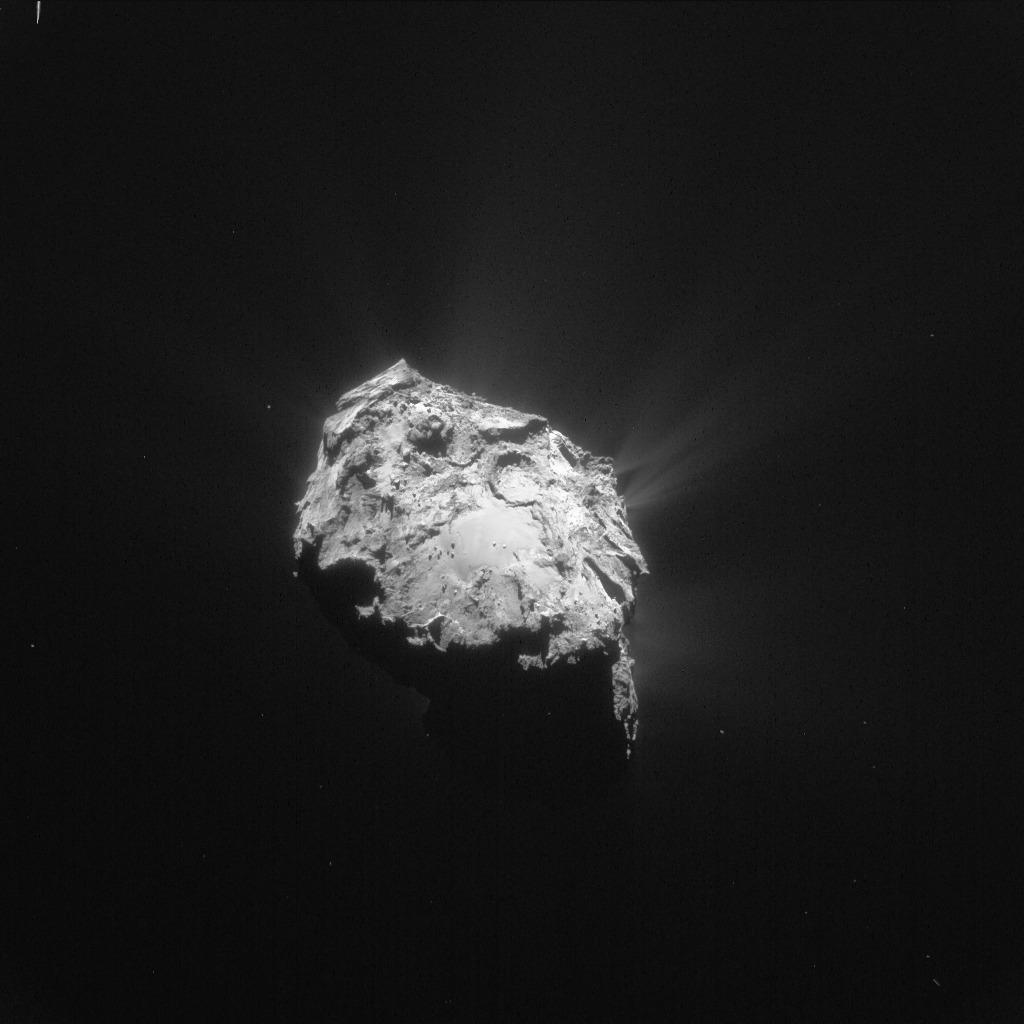 The image shows a beautiful view of Imhotep on the comet’s large lobe, but with the resolution of NAVCAM at this distance it is not possible to make out the same level of detail as seen in the OSIRIS images depicting changes in the smooth, central portion that were observed in this region before perihelion.

Perhaps the most eye-catching features of the image are the two groups of jets fanning out from the comet’s top-right horizon. Less defined jets can also be seen all around the sunlit horizon. The silhouette of the comet’s small lobe is also visible against the background ‘glow’ of activity towards the bottom left of the image. 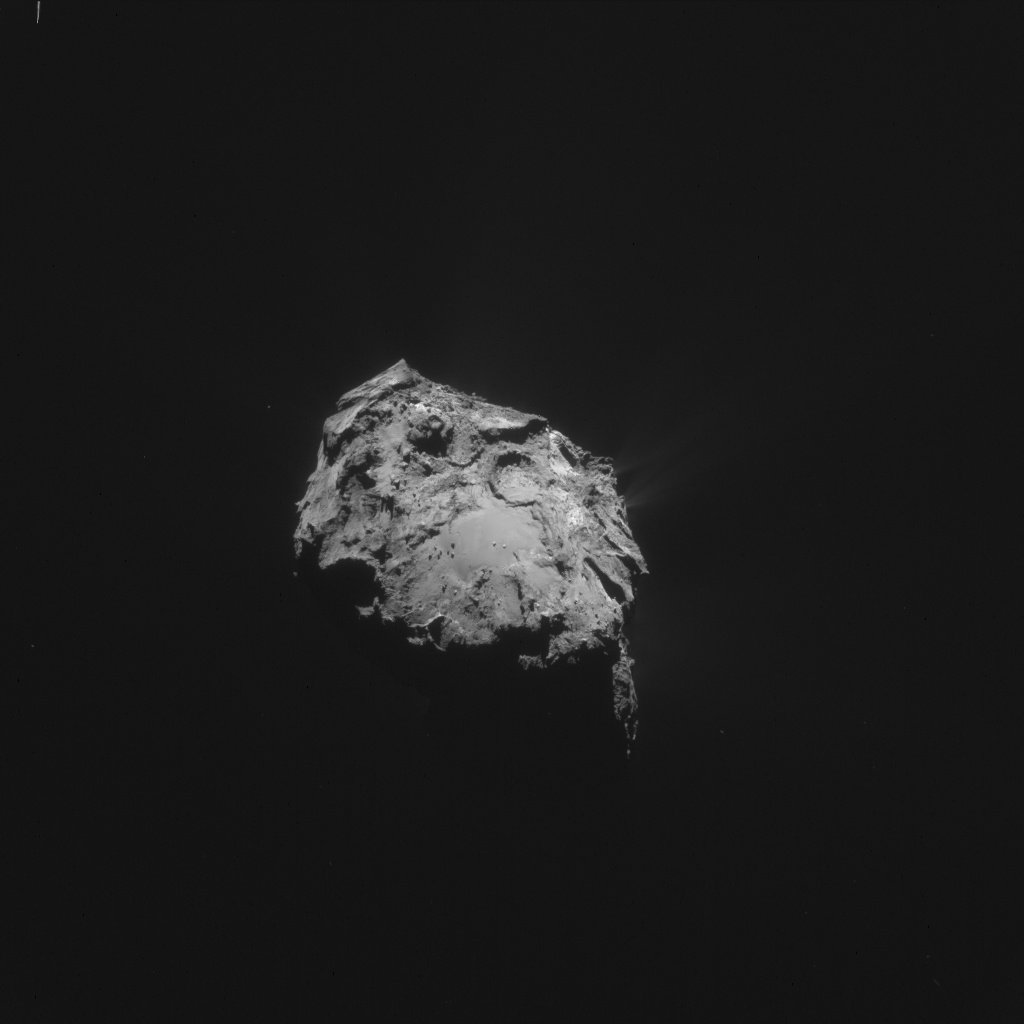