Today’s CometWatch entry is a NAVCAM image taken on 17 November 2015, when Rosetta was 141.4 km from the nucleus of Comet 67P/Churyumov-Gerasimenko. The spacecraft has not been this close to the nucleus since weeks before perihelion, when the increased amounts of dust due to enhanced comet activity started interfering with navigation and Rosetta remained at larger distances from 67P/C-G. 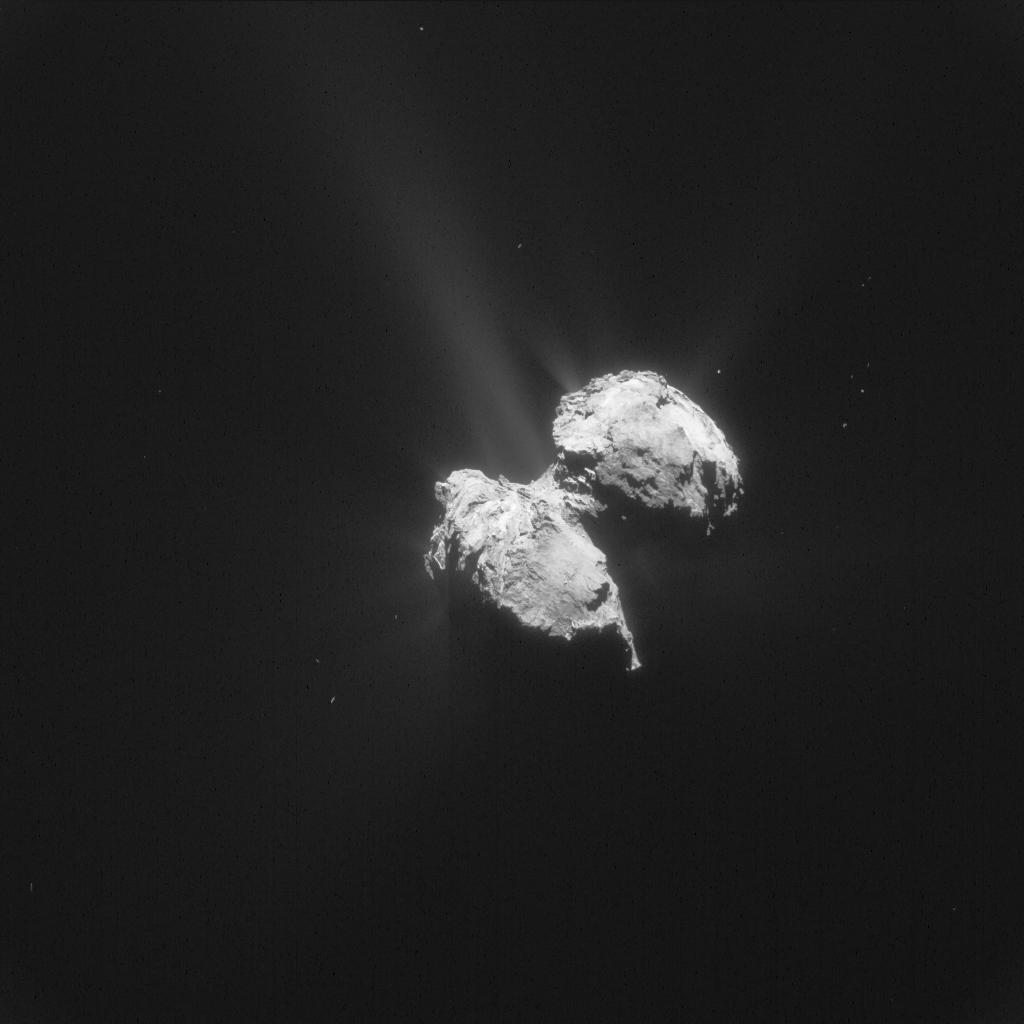 The scale is 12.1 m/pixel and the image measures 12.3 km across; the contrast was increased to bring out the comet’s activity.

In this orientation, the large comet lobe is on the lower left, and the small lobe on the upper right. Outflows of dust are visible around the nucleus, particularly to the left.

On the small lobe, the circular depression of Hatmehit is well in sight, pointing to the upper right corner of the image, with the rougher terrains of Bastet visible below and the Wosret region to its left. Abydos, the final resting place of the lander Philae, is roughly at the centre of the small lobe in this view.

Hints of Sobek are visible on the comet’s neck; on the large lobe are parts of Babi (right), smooth areas on Aker and Khepry (centre), and the more rugged Anhur and Khonsu (left). 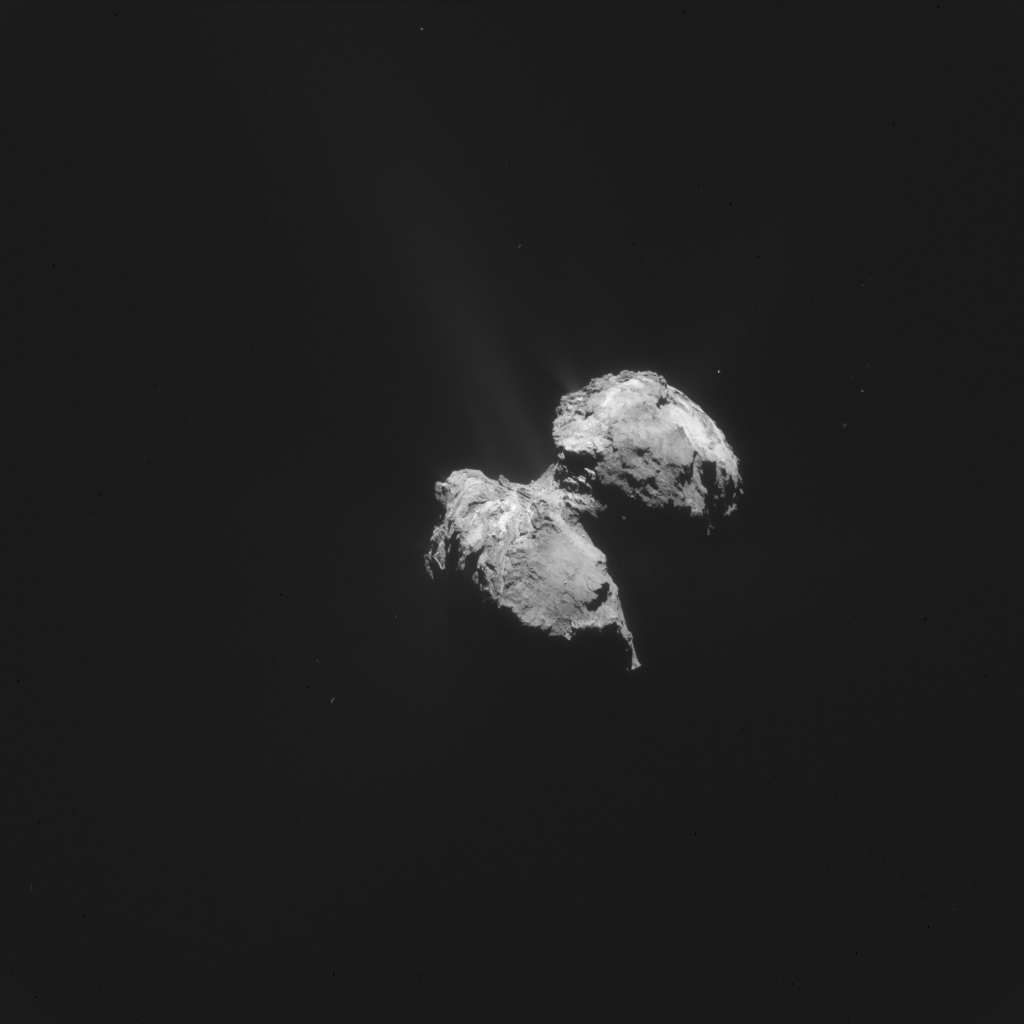