Today’s CometWatch entry features three images taken over a forty-minute span on 12 August 2015, one day before the perihelion of Comet 67P/Churyumov-Gerasimenko. They were taken by Rosetta’s NAVCAM at 336 km from the comet; the images have an average resolution of 28.7 m/pixel and measure about 29.3 km across.

The images were processed to enhance the comet’s activity, and are presented here as an animated GIF file. Another animated file was compiled with the three unprocessed images, revealing more details on the nucleus surface. The individual images, both processed and in the original version, are provided below.

In this orientation, the comet appears with the small lobe on the left and the large lobe on the right. The sequence of images gives a hint of the rotation of Comet 67P/C-G, which takes about 12.27 hours to complete a full spin.

On the small lobe, we can see parts of the Ma’at, Serqet and Nut regions, while the large circular depression known as Hatmehit is cast in shadow; the smooth terrains of Anubis dominate the view of the large lobe.

The original 1024 x 1024 images used in today’s CometWatch animation are provided below: 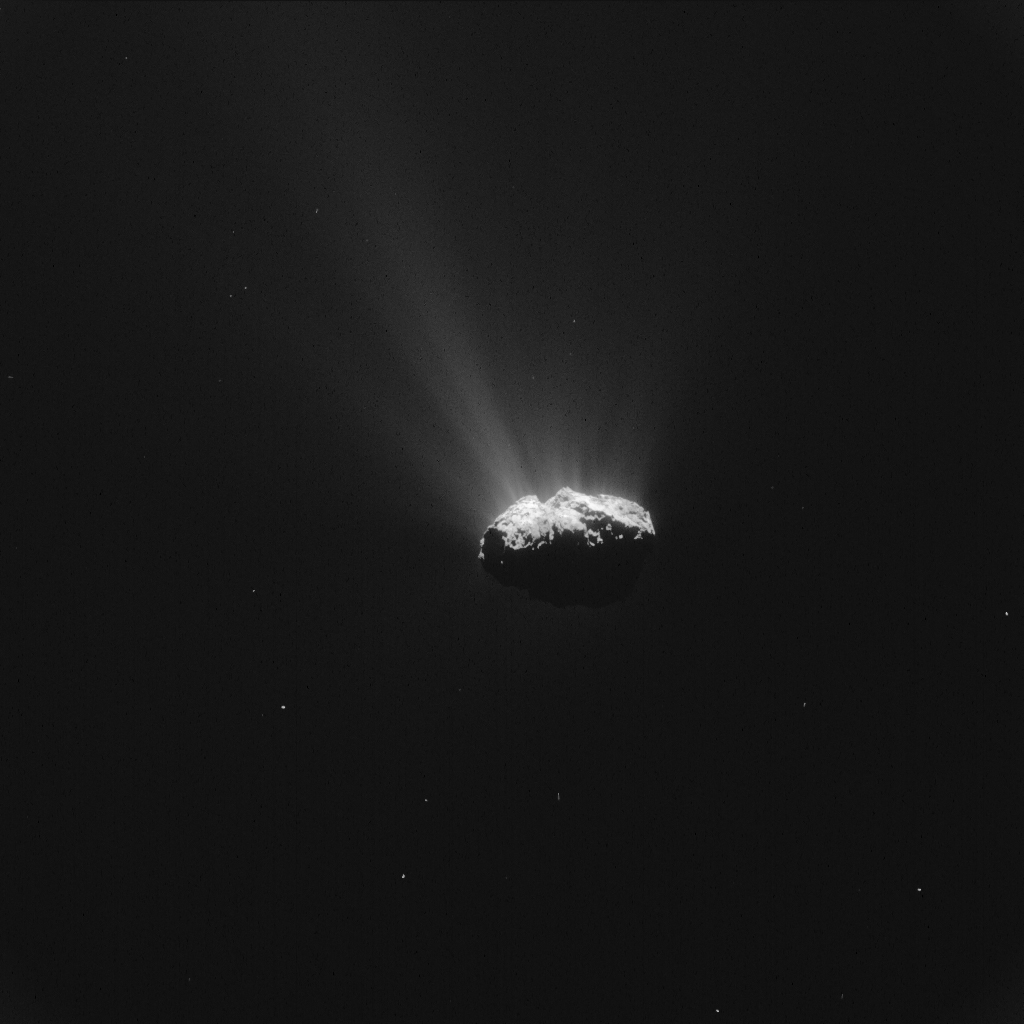 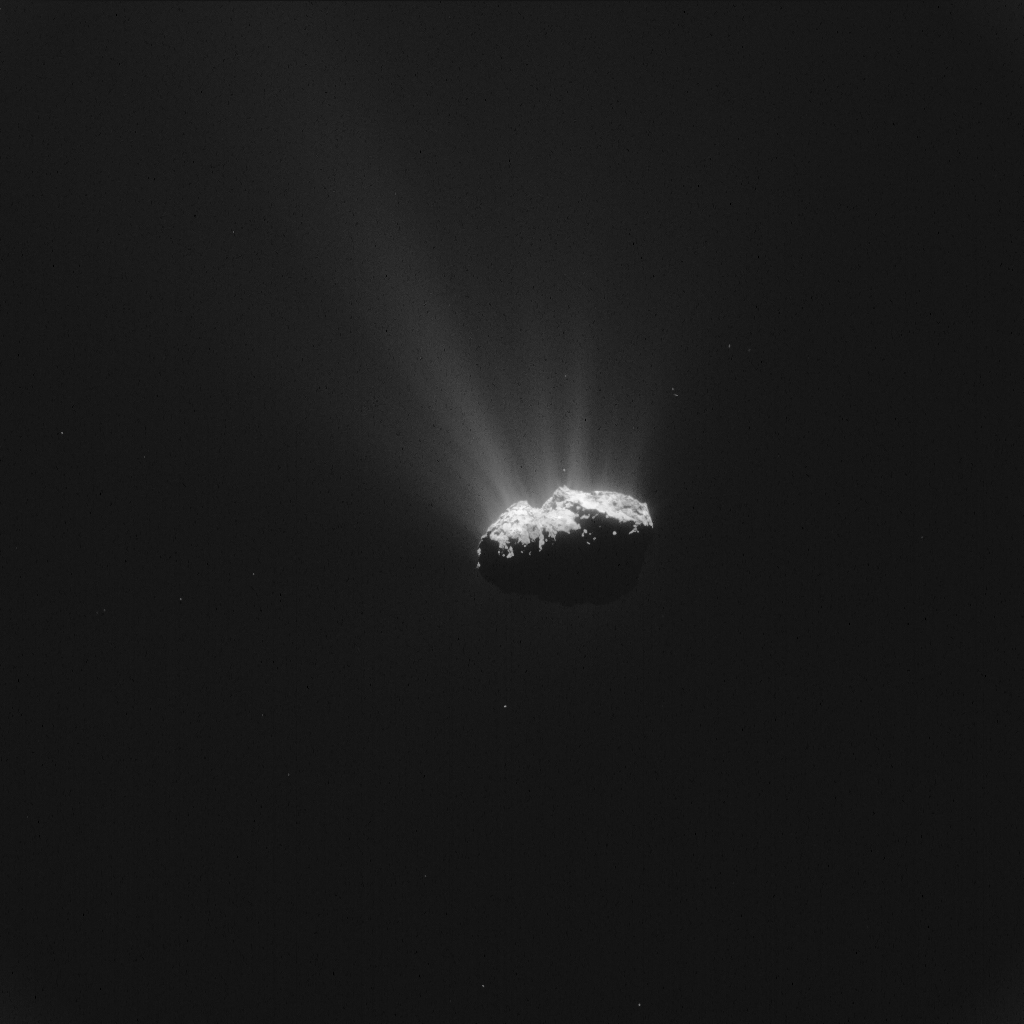 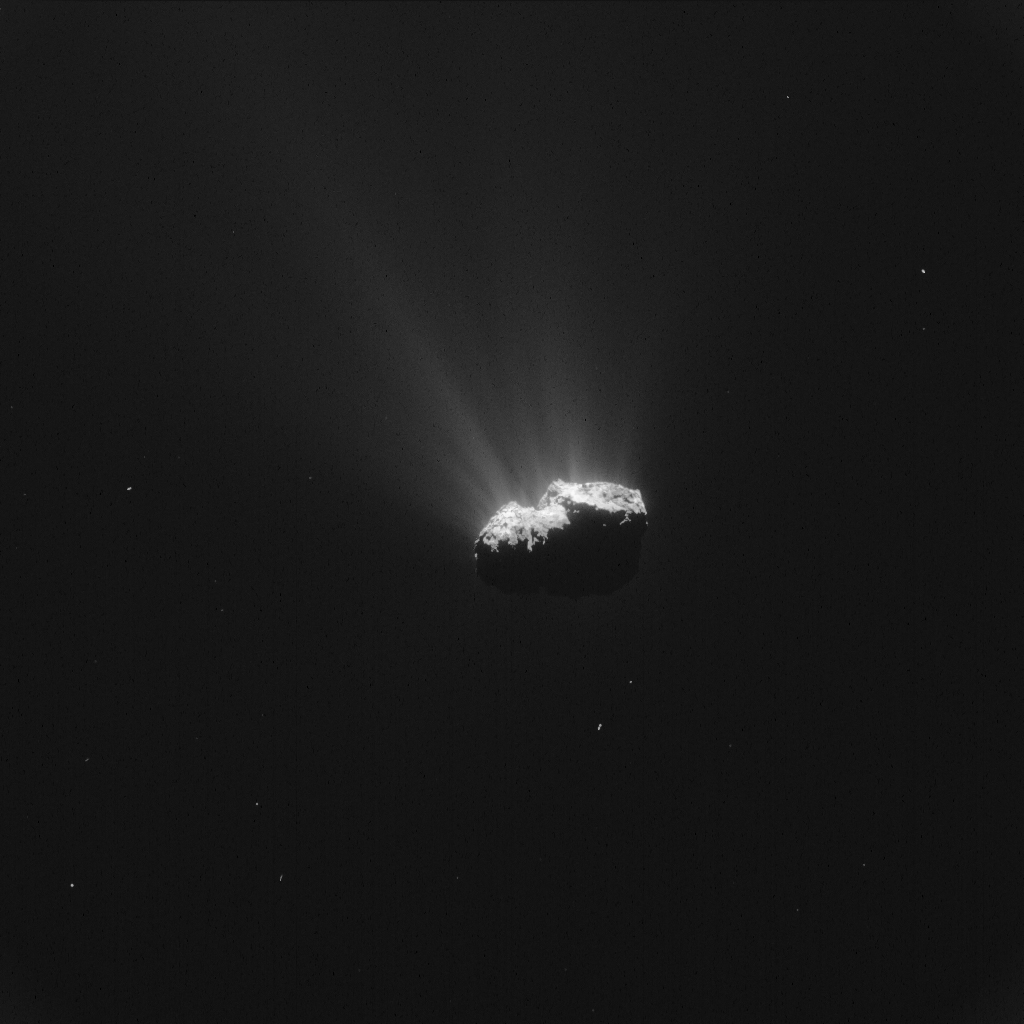 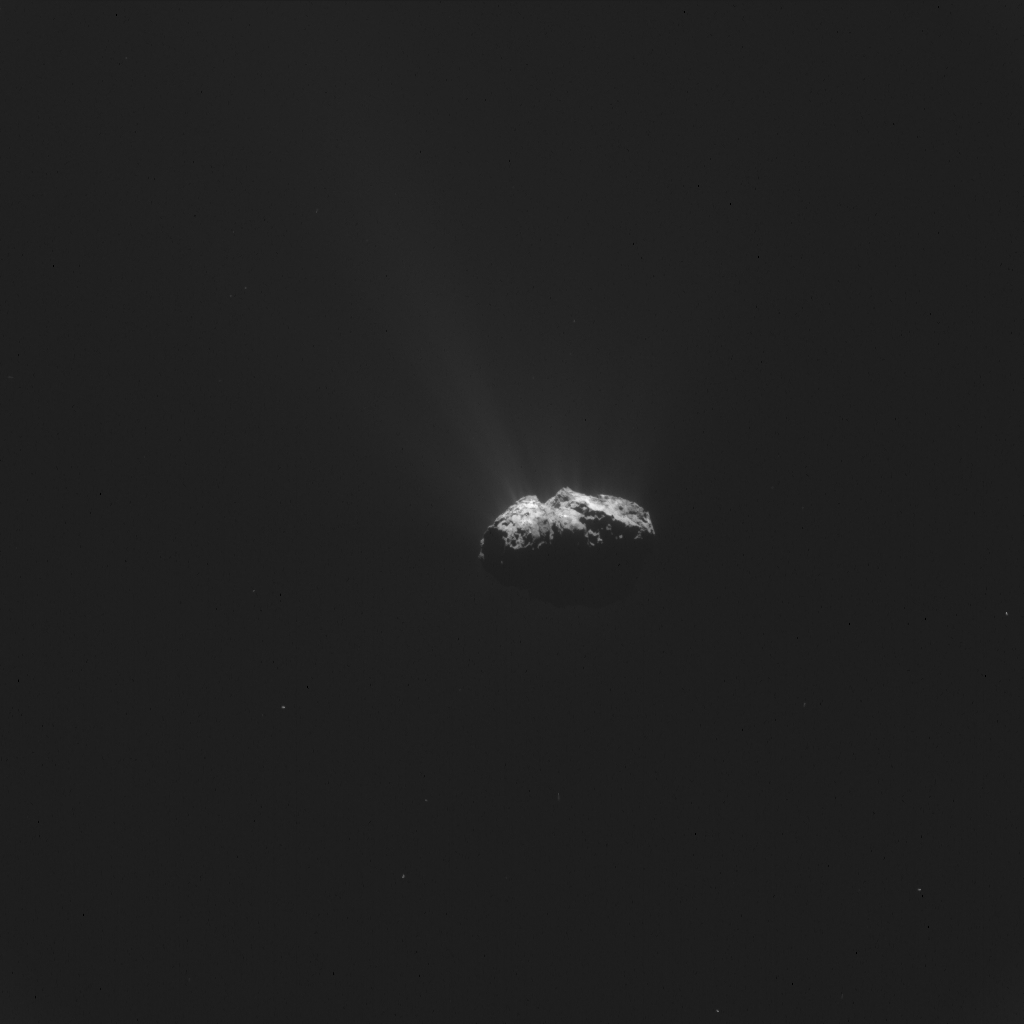 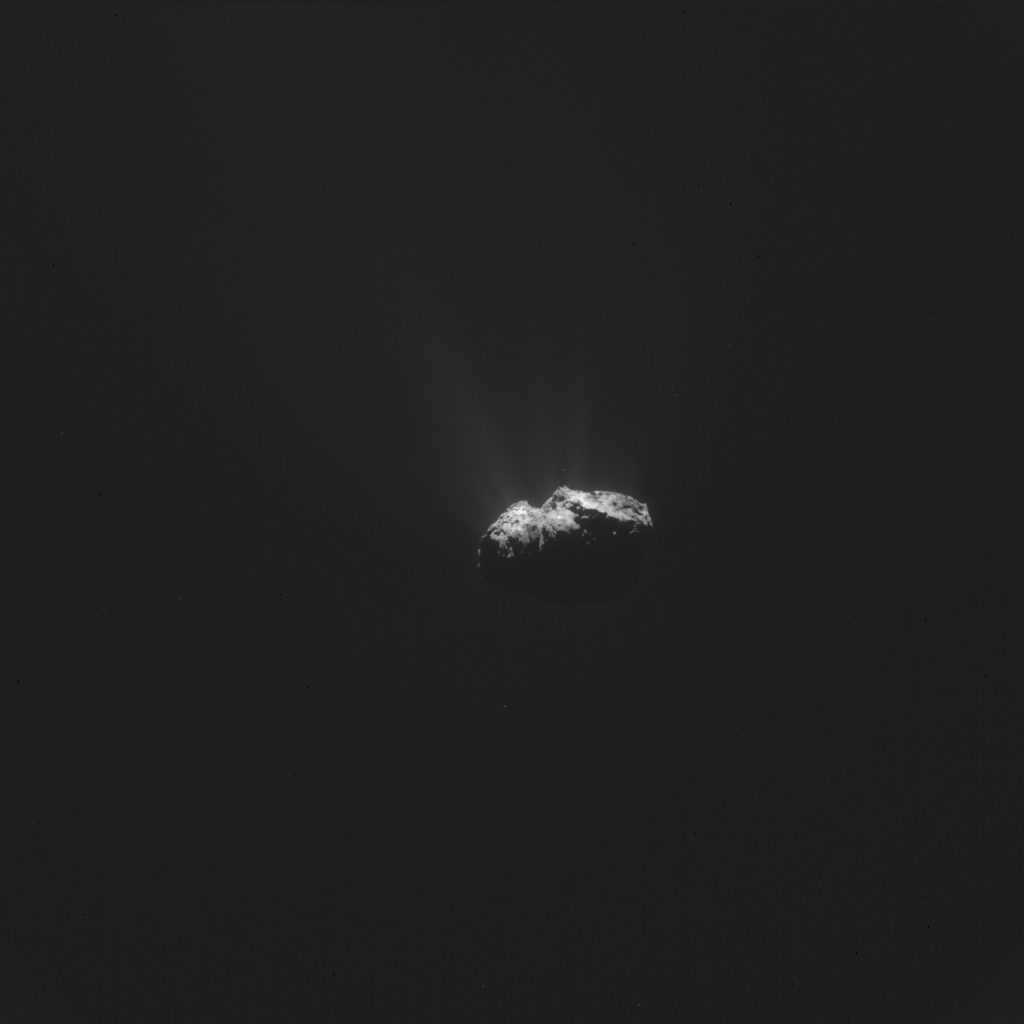 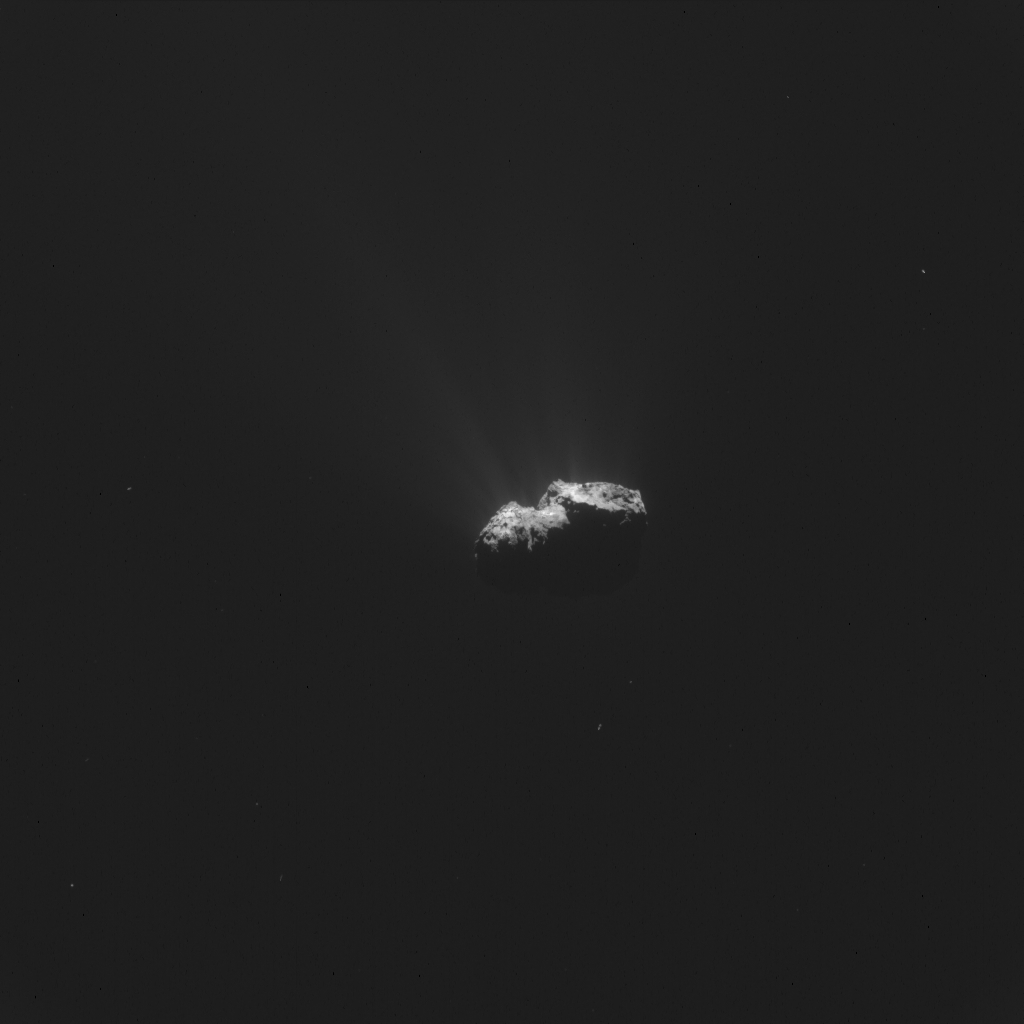