While the Rosetta and Philae teams are busy planning the next activities for the spacecraft and lander, CometWatch continues with a new view of Comet 67P/Churyumov-Gerasimenko captured on 7 June 2015, several days before Philae’s wake-up call was received. This single frame NAVCAM image, taken at a distance of 203 km from the comet, has a resolution of 17.3 m/pixel and measures 17.8 km across. 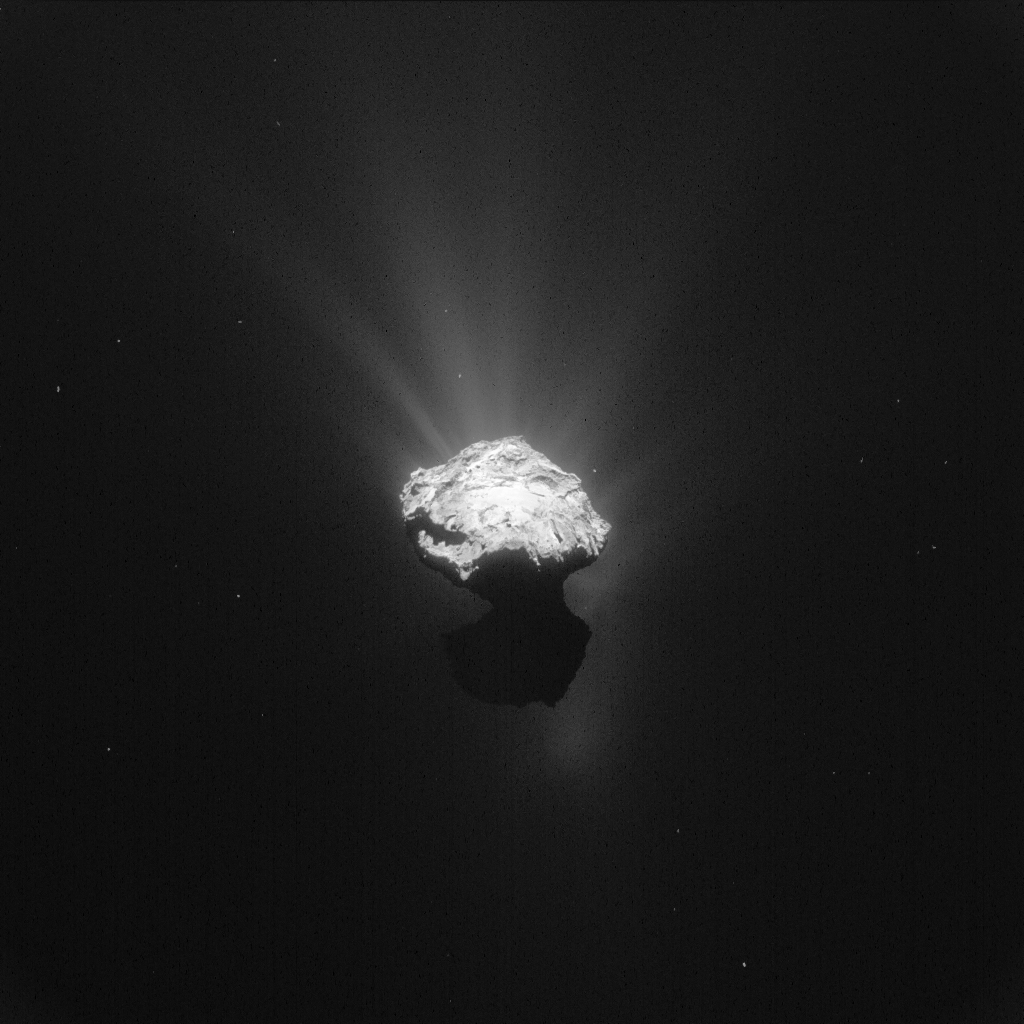 The comet appears with the larger lobe up, its ‘underside’ gloriously illuminated. Familiar features of the Imhotep region are visible at the centre, as well as parts of Ash towards the top left. The elongated depression of Aten is partly cast in shadow and lies to to the lower left, with parts of Khepry to its right.

The image was processed to bring out the comet’s activity, showing a multitude of jets – especially in the upper part of the image – but also the overall glow around the nucleus. Below the larger lobe, a beautifully delineated silhouette of the comet’s neck and smaller lobe stands out against the diffuse material in the coma of 67P/C-G.

Another NAVCAM image of the comet, taken by Rosetta shortly before receiving Philae’s signal on 13 June 2015, was published on Monday, alongside a status update on the operational aspects after the lander’s historic wake-up. A press briefing with members of the Rosetta and Philae team took place this morning at 09:30 CEST at the International Paris Air and Space Show, Le Bourget, and the replay is available here.