The COSIMA team shared this image of some of their named dust grains at the European Geosciences Union General Assembly in Vienna this week. 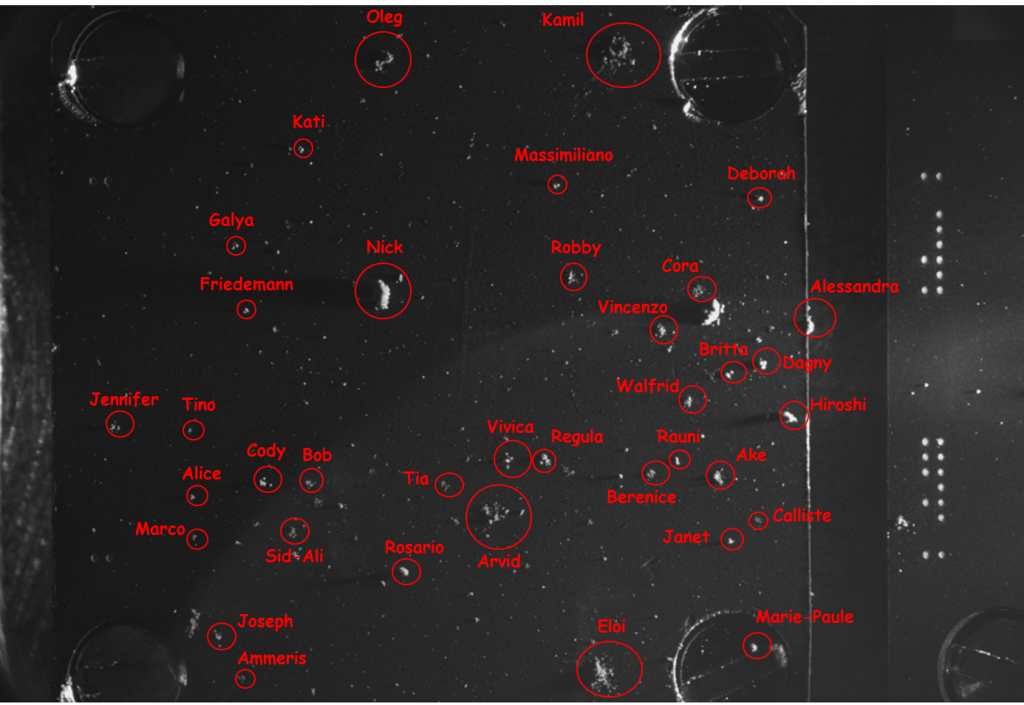 The 12,000 grains were collected between 11 August 2014 and 28 March 2015, on nine target plates measuring one square centimetre each. The image presented here represents one of these targets, and shows grains collected up to 12 December 2014.

COSIMA studies dust in situ by capturing grains on small target plates like this one, first imaging these with an optical microscope and then analysing the composition of selected grains using a secondary ion mass spectrometer. COSIMA has 74 target plates in total and the instrument is designed to investigate dust grains larger than about 10 microns.

Many of the particle names are given for COSIMA team members, along with other Rosetta mission team colleagues. COSIMA team member Sihane Merouane is responsible for cataloguing the grains and comments: “when we arrived at 2,000 particles, we realised that we would run out of names pretty quickly and that it was becoming a very time-consuming task. So we decided to name only the “big” particles, typically bigger than about 40 microns, with some exception if a smaller one turns out to be exciting, for example in terms of its composition.”