Today’s CometWatch mosaic comprises images taken by Rosetta’s navigation camera (NAVCAM) on 21 January, from a distance of 27.9 km from the centre of Comet 67P/Churyumov-Gerasimenko. The image resolution is 2.4 m/pixel and the individual 1024 x 1024 frames measure 2.4 km across. The mosaic is slightly cropped and measures 4.2 x 4 km. 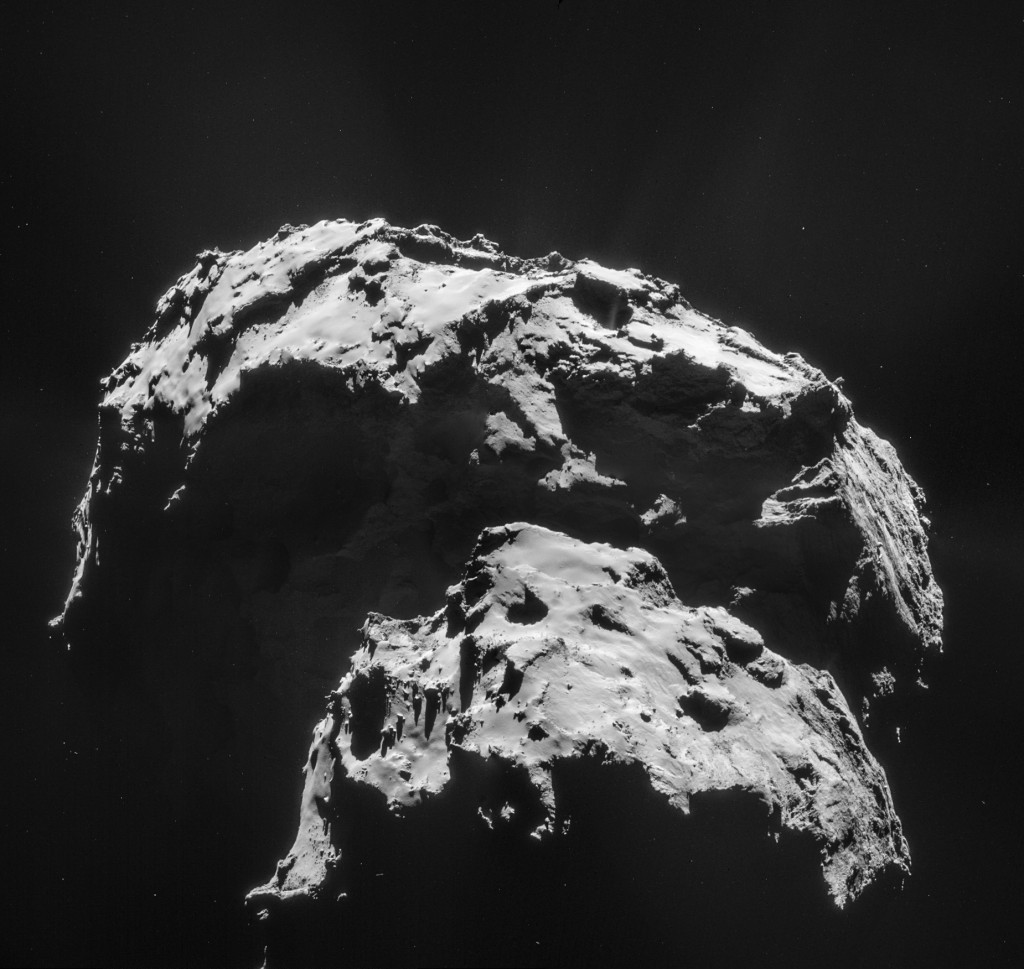 Four image mosaic comprising images taken on 21 January 2015 by Rosetta’s Navigation Camera (NAVCAM). Rotation and translation of the comet during the imaging sequence make it difficult to create an accurate mosaic, and there may be some spurious spatial and intensity features as a result of the mosaic-making sequence, so always refer to the individual frames before performing any detailed comparison or drawing conclusions about any strange structures or low intensity extended emission. Indeed, for this image set, the feature near the centre of the mosaic is a compromise of the top two frames. Credits: ESA/Rosetta/NAVCAM – CC BY-SA IGO 3.0

In this orientation we see the small comet lobe in the foreground and the large lobe in the background, with the overall view giving the appearance that the duck-shaped comet is lying down on its side. The small lobe presents the Baset (right) and Ma’at (left) regions, while the body includes Khepry (the seemingly flat edge at the far right), and the dust-dominated Babi and Ash regions. (Click here for a useful region map.)

Looking particularly dramatic in this view is the raised plateau close to the far horizon, just right of centre. Zooming in to its edge reveals crevice-like features that appear similar to those identified in the Seth region as precursors to collapse. Don’t miss the bright emission that is contrasted against the shadowed wall of this feature, too!

You might also like to ramp up the contrast to bring the Seth region out of the shadows.

The four 1024 x 1024 pixel images making up the mosaic, along with a montage, are provided below: 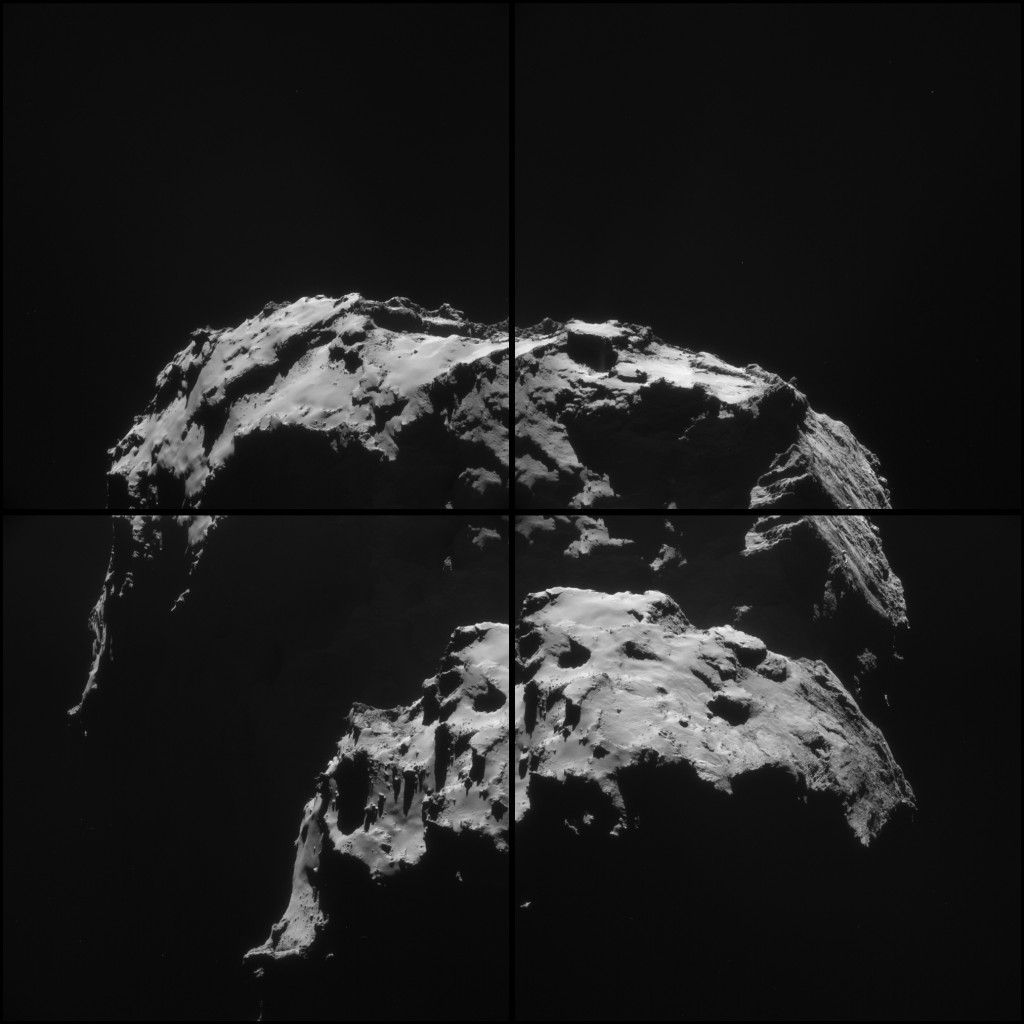 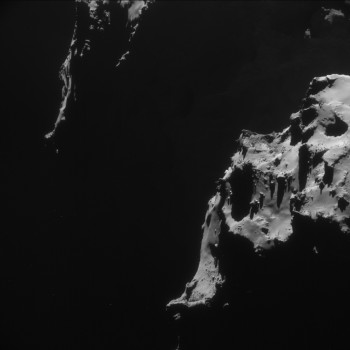 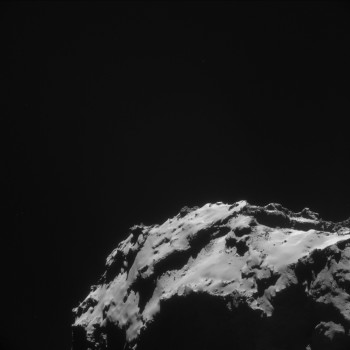 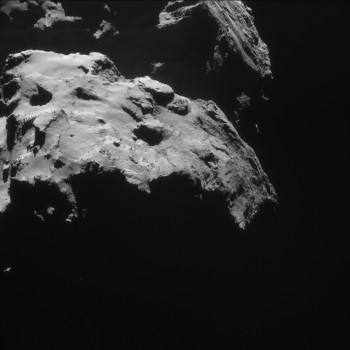