Yesterday, 17 December, there was a special session dedicated to Rosetta at the 2014 autumn meeting of the American Geophysical Union (AGU) in San Francisco.

Many scientists from the Rosetta and Philae instrument teams reported on their latest results. To kick the Rosetta day off, some of the results were also presented in a press conference featuring Matt Taylor, ESA Rosetta Project Scientist, Claudia Alexander, US Rosetta Project Scientist at NASA, Kathrin Altwegg, ROSINA Principal Investigator at the University of Bern, Switzerland and Jean-Pierre Bibring, Lead Lander Scientist at the Institut d’Astrophysique Spatiale, Orsay, France.

Matt Taylor introduced the past, exciting year of Rosetta leading to the comet landing on 12 November, and Claudia Alexander summarised what we know about comets so far and the science goals of the mission. Then Kathrin Altwegg talked about the status of the ROSINA instruments and the recent result on the measurement of the isotopic composition of water vapour coming from Comet 67P/C-G. Finally, Jean-Pierre Bibring summarised the landing of Philae, the scientific experiments that were performed during descent and on the comet’s surface, and possible future plans in the case that the lander will wake up.

You can watch a replay of the press conference here:

Posted below are some of the images presented during the press conference: the first blurred CIVA image, taken shortly after Philae’s first bounce, a reprocessed version of one of the frames in the panorama taken by CIVA at Philae’s final resting place, showing the so-called “Perihelion Cliff”, and an illustration showing the lander’s likely position on the comet’s surface. 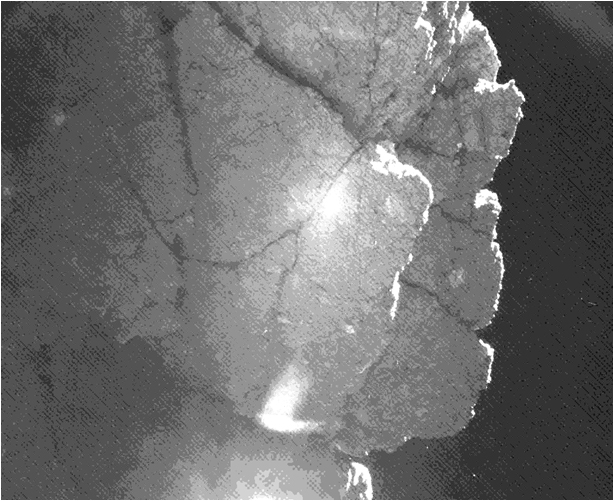 Philae’s view of “Perihelion Cliff” at its final resting place on the comet’s surface. Credits: ESA/Rosetta/Philae/CIVA 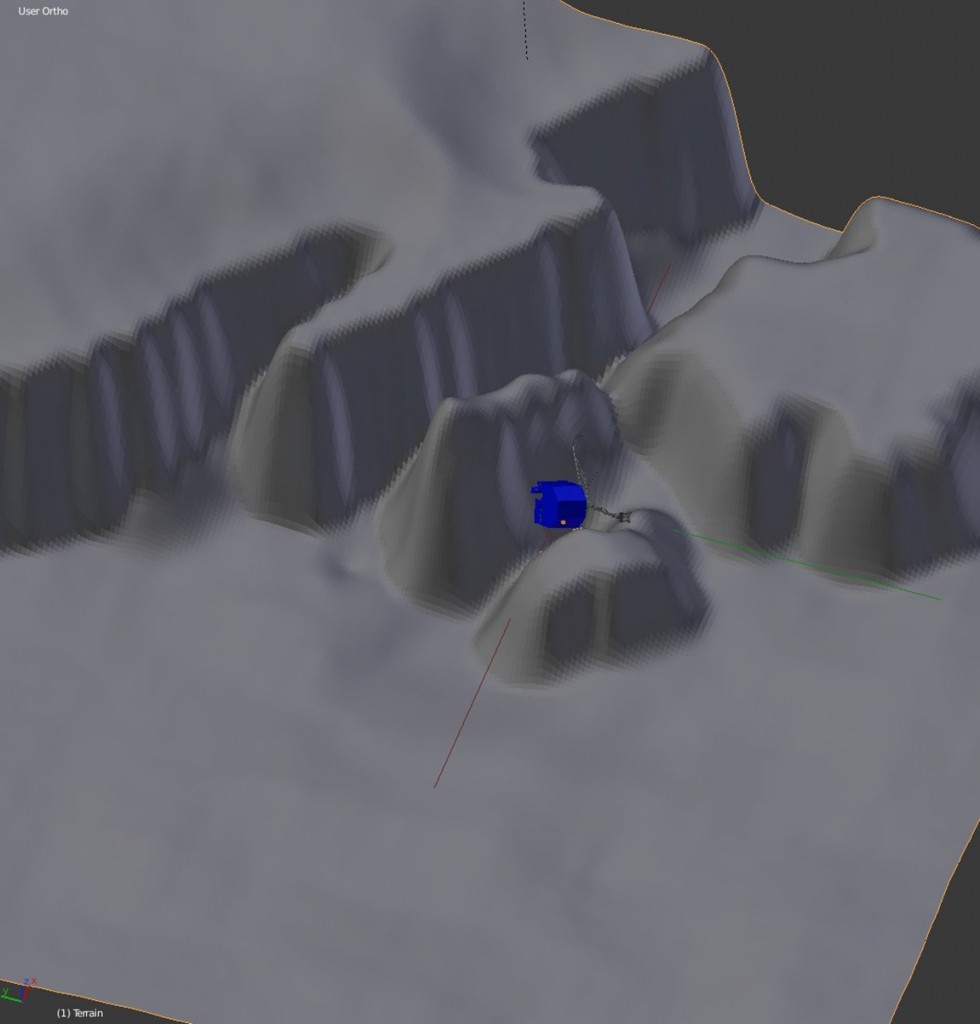 The likely position of Philae in a visualisation of a topographic modeling of the comet’s surface. Credits: ESA/Rosetta/Philae/CNES/FD

You can also view a replay of some presentations from the science sessions on the Virtual Options environment of the AGU website. (You will need to register to view the videos, but registration is free.)