This four image mosaic comprises images taken with Rosetta’s NAVCAM on 1 December from a distance of 30.1 km from the centre of Comet 67P/Churyumov-Gerasimenko. The image resolution in the mosaic is 2.4 m/pixel and after cropping, it measures 3.8 x 3.5 km. The individual 1024 x 1024 frames, which are provided at the end of this post, measure 2.6 km across. 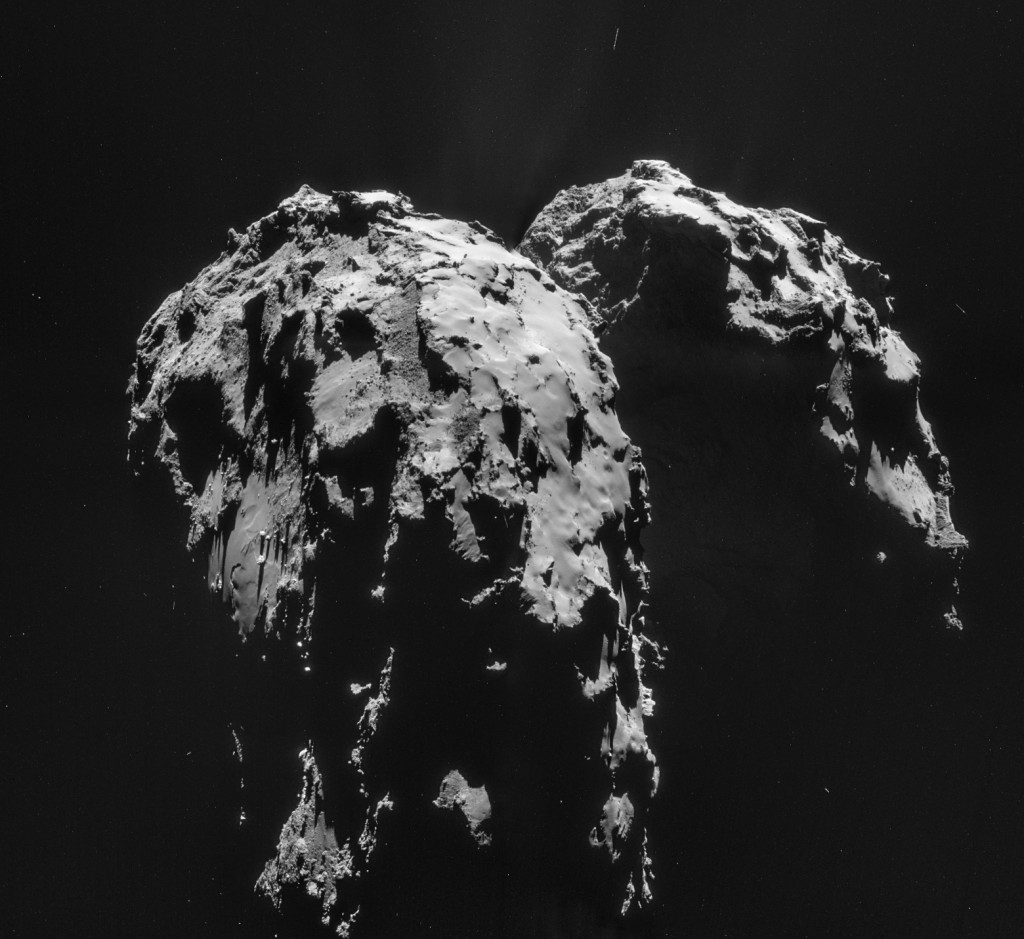 In this orientation, the smaller of the two comet lobes is towards the upper right of the scene, with the larger lobe in the lower left.

As ever, due to rotation and translation of the comet during the image taking sequence, making a mosaic involves some compromises, as features change slightly from one image to the next. For example, in this mosaic, there is an obvious flaw at the ‘join’ between the images connecting the large lobe (in the foreground) and the smaller lobe (in the background).

There was enough of a shift between the top-left and top-right images to make the match here difficult, resulting in some minor feature and intensity mismatches. The small distortion correction made in the mosaicking process also changed the scale of the image slightly. Thus, as usual, before interpreting the mosaic, do check the original frames, and/or the montage below. 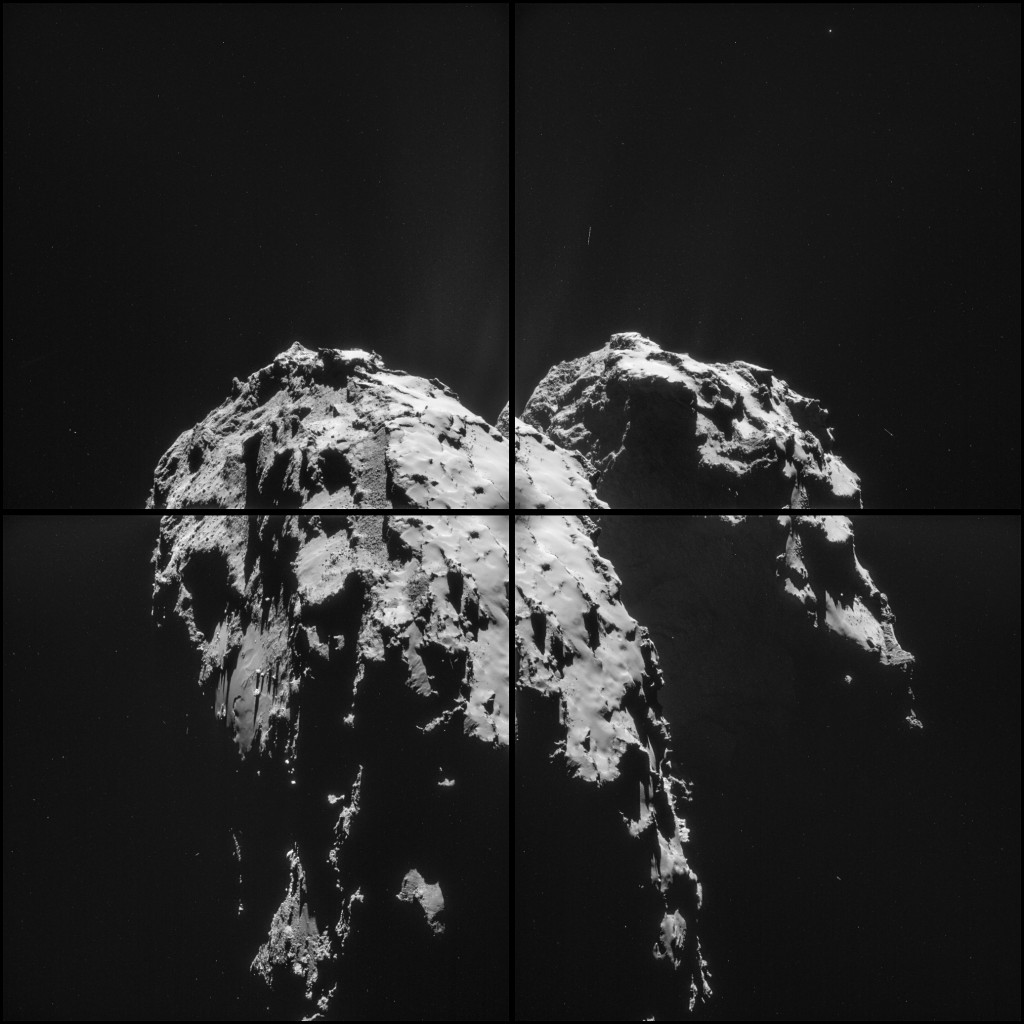 The view around the horizon in the upper frames is particularly striking, with cliffs, ridges and spires contributing to the dramatic scenery.

The familiar site that includes the Cheops boulder can be seen in the centre of the lower left frame in this montage, with long shadows cast onto the surrounding plain.

A similar viewing angle was seen during the close 10 km orbit – click here to revisit this entry.

Rosetta is now currently en route to a 20 km circular orbit around the comet, where it will operate for around ten days before returning to the 30 km orbit.

The four individual images making up this montage are provided below. 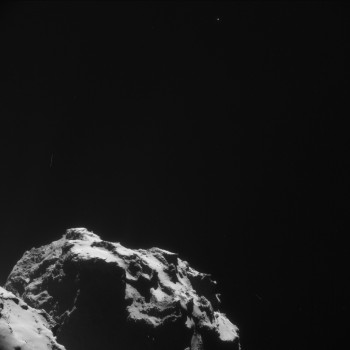 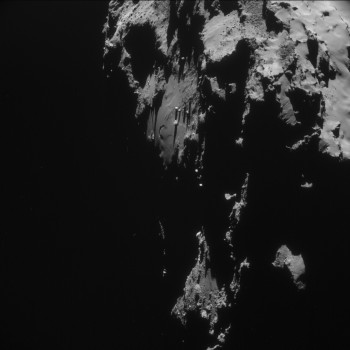 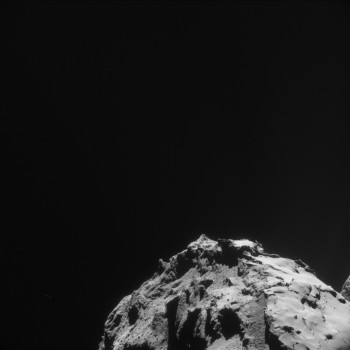 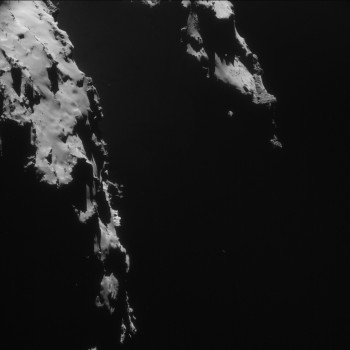