With yesterday’s announcement that Philae is ‘go’ for Site J, and the presentation of the new primary landing site mosaic, we can provide here the two images that make up the mosaic.

The Site J images were taken by Rosetta’s OSIRIS narrow-angle camera, 17 minutes apart on 14 September, from a distance of about 30 km. The image scale is 0.5 metres/pixel and the images each cover about one square kilometre. (Click to download the full resolution versions).

In addition, and as part of the formal landing site analysis, similar images were also provided of the region containing backup site C; these are also presented below. The Site C images were acquired 31 minutes apart on 12 September, also from a distance of about 30 km and with an image scale of 0.5 metres/pixel.

Perhaps some of you can use these images to create mosaics or stereo images of the primary and backup landing sites. Please post links to any images that you create as a result of this post in the comments box below, taking note of the full credit line for OSIRIS images: ESA/Rosetta/MPS for OSIRIS Team MPS/UPD/LAM/IAA/SSO/INTA/UPM/DASP/IDA.

We look forward to seeing what you come up with! 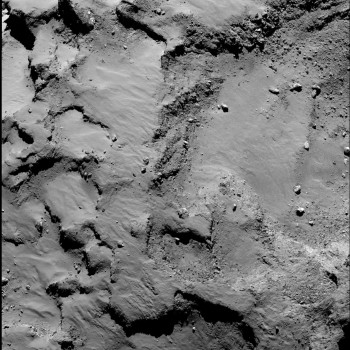 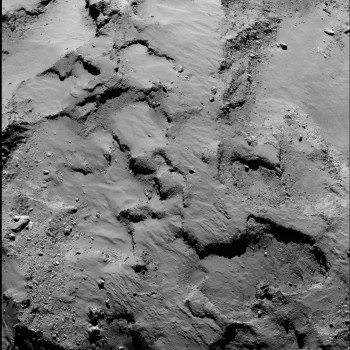 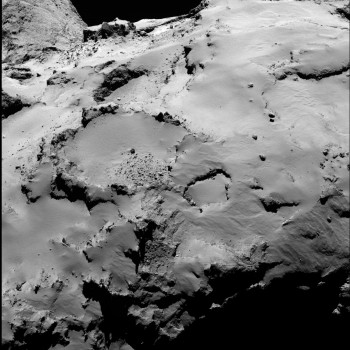