Using the CIVA imaging system on board Rosetta’s lander Philae, the spacecraft have snapped a ‘selfie’ at comet 67P/Churyumov-Gerasimenko. 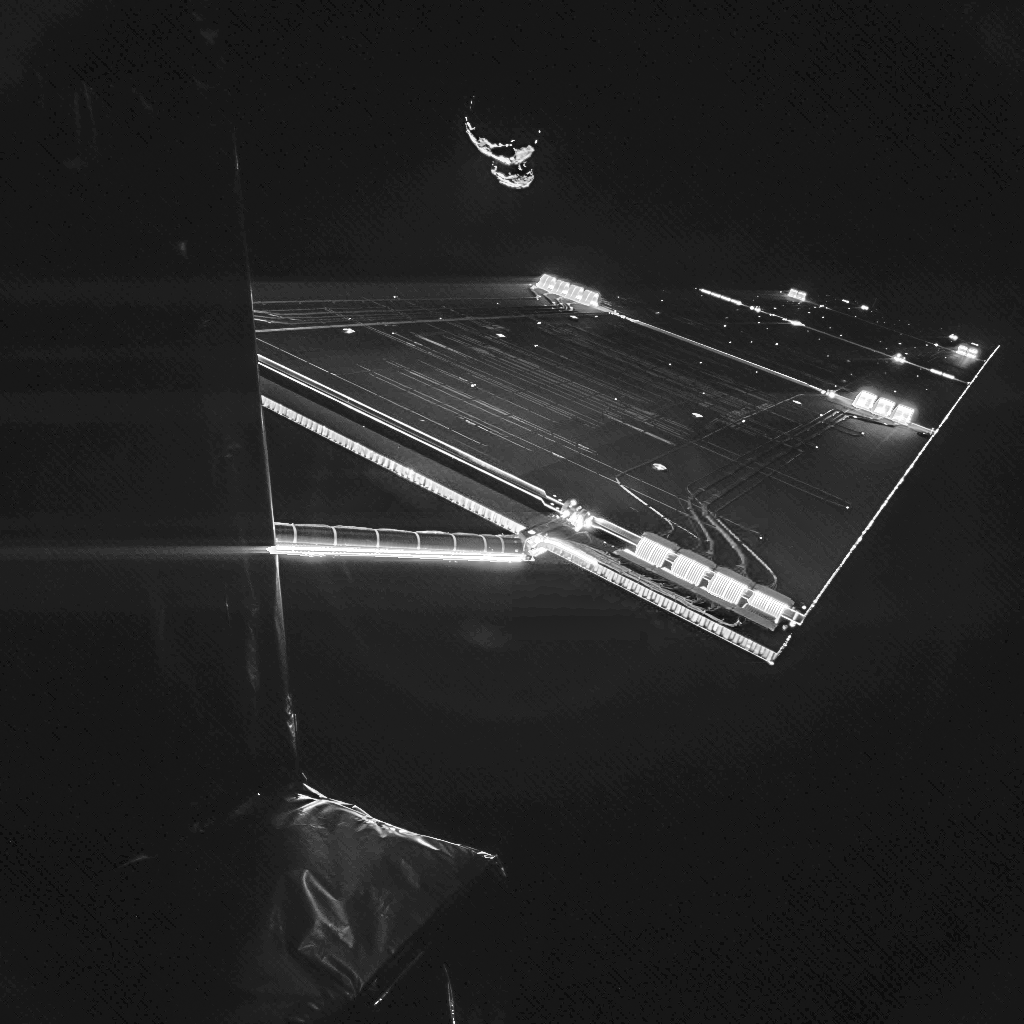 CIVA, the Comet Infrared and Visible Analyser, is one of ten instruments onboard Philae. The CIVA-P part of the instrument comprises seven micro-cameras that will take a 360 degree panoramic image of the landing site at visible wavelengths, once Philae is safely on the surface of 67P/C-G, including a section in stereo. CIVA-M is a visible/infrared microscope imager/spectrometer that will the study the composition, texture, and albedo of surface samples.

The latest selfie was taken during Sunday night from a distance of about 50 km from the comet, with one of CIVA-P’s cameras capturing the side of the Rosetta spacecraft and one of its 14 metre-long solar arrays, with 67P/C-G in the background.

Two images with different exposure times were combined to bring out the faint details in this very high contrast situation.

The image was taken as part of the preparations being made for Philae, as the lander team gear up for the first ever attempt to land on a comet. It was presented at the EPSC conference this week, during a presentation highlighting the status of the lander. Next week, on 15 September, the primary landing site for Philae will be announced.