Could you walk on the surface of a comet?

An interesting update today by Professor Rhett Allain, who wonders – as we all do – whether you could jump off 67P/C-G and make it into orbit. Or even walk on the (dusty) surface..? 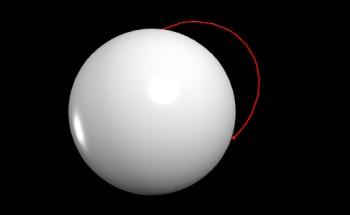 You can see the astronaut does not make it into orbit. Credit: RJ Allain

If an object at the surface of a gravitational object has a large enough speed, the object can move away from that object such that it will never “fall back” to the surface. The speed at which an object can “escape” is called the escape velocity.

Read full calculations and Rhett’s complete post over at his dotphysics blog.

Read Rhett’s guest post, “Could you jump onto a comet?” right here in the Rosetta blog.