The Naming of Comets 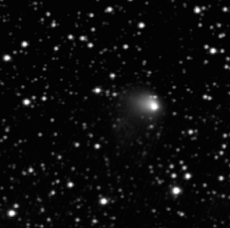 Let’s admit it now. It took us a while but we finally all succeeded and memorised the name of Rosetta’s comet: 67P/Churyumov-Gerasimenko. 67P/C-G will work too, especially if you’re in a hurry. But why is it called this? In fact, what’s the origin of any comet’s name?

Even as an astronomer, I’ve always struggled with the protocols used to name, classify and identify any type of celestial body. Astronomers are nasty when it comes to designate our stars, planets and galaxies, and comets are no exception. Actually, their naming convention may be even more elaborate than those used for other astronomical objects.

When you read about a particular comet on a scientific publication, its name is just a series of digits, but then – bang! – a comet visits our skies and it’s all over the news. With a different name, of course! For good reasons, these names usually acknowledge the astronomer(s) – professional and amateur alike – who discovered the comet in the first place.

This is, for example, the case of our beloved 67P/C-G, which is named after Klim Churyumov and Svetlana Gerasimenko, the two Ukrainian astronomers who discovered it in 1969. But what about the rest of the name? The P stands for ‘periodic’ comet – in this case, the period is about six and a half years – while the number is there to tell us a bit of history, because this was the 67th periodic comet to have been discovered. 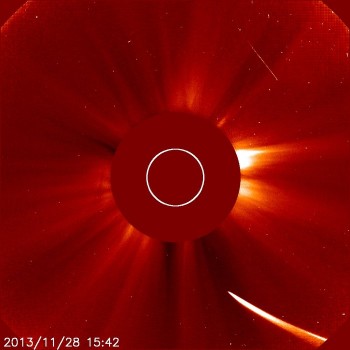 Occasionally, a comet’s name nowadays may refer not to the individuals who first spotted it in the sky, but – slightly less charmingly – to the observing programme they were working on. Think of last year’s famous sungrazer, Comet ISON, which was named after the International Scientific Optical Network (the survey programme within which its discoverers, Russian astronomers Vitali Nevski and Artyom Novinchonok, worked).

Many comet hunters, present and past, are extremely prolific and discovered way more than one comet each. Hats off to all of them, of course! Incidentally, though, this causes many comets to have very similar names, and hugely complicates the task of those who, like me, struggle to keep track of them. Was Comet McNaught-Hughes brighter than Comet McNaught-Russell? And which one was discovered first, Swift-Tuttle or Tempel-Tuttle?

Fortunately, these name-tags also come with a bunch of numbers to help us poor forgetful minds navigate through the intricate jungle that is the nomenclature of comets. So I finally decided to hit the books and learn, once and for all, how and why comets are named the way they are. And while delving into this complex tangle of names and figures, I couldn’t but think of T. S. Eliot’s poem, The Naming of Cats where he describes in ever great detail the complex and mysterious matter surrounding how cat are assigned a name and how they get to pick their own designation, too.

Goes without saying that I couldn’t resist the urge to jot down a few rhymes myself. So here it is: The Naming of Comets. It did help me a lot remember the names of a comet or two. Hopefully it’ll turn out handy to some of you readers, too – or at least, I hope it’ll make you smile.

The Naming of Comets, by Claudia Mignone

The Naming of Comets is a complex procedure,
It isn’t a past-time, a sport or a game;
You may think astronomers are peculiar creatures
When I tell you that comets get more than one name.

First of all, there’s the comets from centuries past,
That are simply named after the year they rolled in,
Especially those that have made a big blast
Such as the Great Comet of sixteen-eighteen.

There’s a number of comets that got named after humans,
At times after scientists who figured stuff out:
Such as Edmond Halley who studied the movements
Of comets and showed that – beyond any doubt –

One comet he saw wasn’t new to our skies
It’d been here before and it’d be back soon, too:
‘Round the Sun an elliptical orbit it rides,
Back and forth every seventy-six years anew.

Of names of this kind, I can give you a handful,
Such as Halley’s Comet, or Encke’s or Biela’s;
More frequently, though, they are given the label
Of those that discovered them – many “astrophiles”.

That’s why lots of comets bear a difficult moniker
Such as Hale-Bopp, Swift-Tuttle or Schoemaker-Levy,
And of course Churyumov-Gerasimenko, so popular
This year, even though to pronounce a bit heavy.

Seems easy so far, cause in fact I have spared you
The most difficult part of this mad exercise:
Besides year of discovery and name of the crew
For each comet a trademark you must memorise.

At first it may seem like a meaningless series
Of letters and numbers and letters again,
But listen to me, cause in fact this mysterious
arrangement of digits makes sense – I’ll explain.

Some comets – like Halley’s – are bound to come back
With a period no longer than two hundred years:
They’re called then periodic and onto their plaque
A capital “P” letter suddenly appears.

Ahead of the P there’s a number to file
The discovery order and, later, the year,
So the comet of Halley, the first in the pile,
Is called 1P 1682 – crystal clear.

But not all the comets are so well behaved,
Some have much longer periods or even unknown,
Then their name gets a C or an X there instead,
And a D in the case that it’s for ever gone.

So depending on what kind of name you employ,
A comet may sound either charming or bleak,
Such as, for example, famed Comet Lovejoy
A.k.a. C/2011 W3.

After this little story you may well believe
That some logic belies this quite twisted affair,
And that after some practice even you could achieve
Familiarity with it – but hey, don’t you dare!

It’s a difficult matter and to master it well,
You need lots of practice to accustom your brain,
Only then you may finally be able to tell
Which comet is which, but not without pain.

When you see some astronomers in deep meditation,
The reason, I tell you, is one to acclaim:
Their minds are engaged in a rapt contemplation
As they strive to remember this one comet’s name.