The Rosetta team reports that last night’s orbit correction manoeuvre (OCM) – or thruster burn – was completed as planned, providing the first of three big orbital ‘pushes’ to get the spacecraft lined up for comet arrival in August.

The burn ran for 7hrs:16mins, one of the longest burns in ESA spaceflight history, and began as scheduled at 15:23 UTC (17:23 CEST). The mission control team had live radio contact with the craft via ESA’s New Norcia tracking station, and could follow progress in real time from a control room at ESOC. 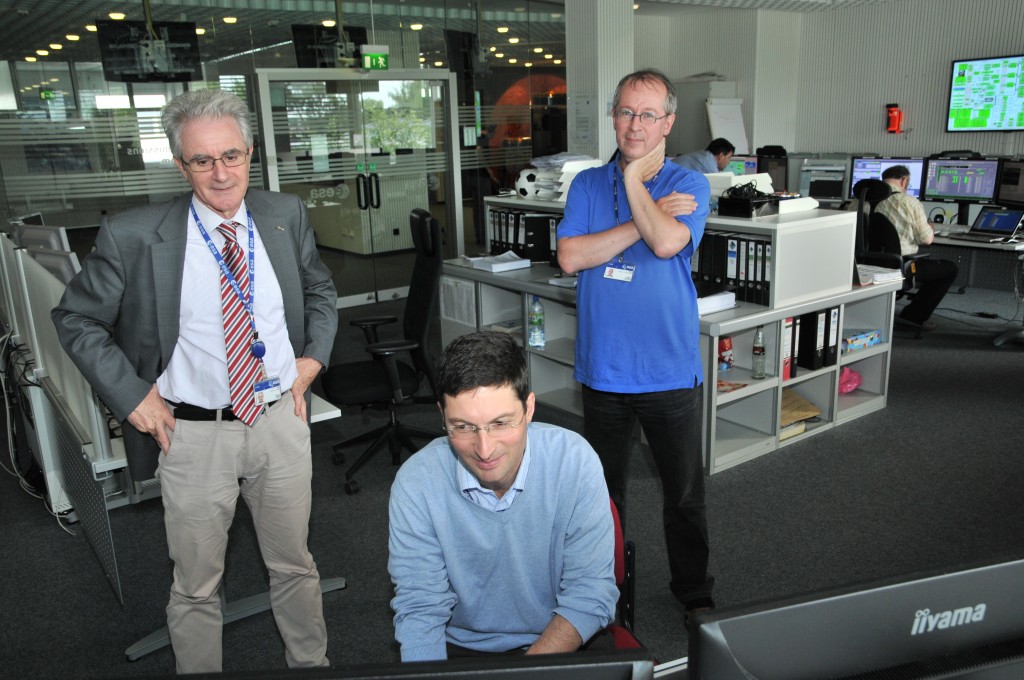 “Last night’s manoeuvre was absolutely necessary as part of a series of burns that will reduce Rosetta’s speed with respect to the comet so that we arrive at 67P on 6 August with a relative speed of about 1 m/s,” said Sylvain Lodiot, Rosetta Spacecraft Operations Manager.

The mission team watched closely last night as the burn was progressing, 500 million km from Earth.

“The thrusters and propulsion system overall performed very well, and we had a nominal completion of the burn at 22:39 UTC (00:39 CEST today),” says Sylvain. “It will take a few days for the flight dynamics team to analyse data and determine the final actual change in speed, but it won’t be too far from what we planned.”

The OCM was programmed to deliver a relative change in speed with respect to comet 67P of 291 metres/second (m/s).

Two more ‘big burns’ are planned, on 4 June and 18 June; these will be followed by a series of six smaller burns until arrival at the comet (see table in our earlier blog post, which covers up to the end of July; there are two final ‘pre-orbit insertion’ and ‘orbit insertion’ burns planned on 3 and 6 August – details later).