On this day in 2004… Rosetta’s asteroids were chosen

On 11 March 2004, a little over a week after Rosetta launched, asteroids Steins and Lutetia were selected as two targets for Rosetta to fly by en route to comet 67P/Churyumov-Gerasimenko. 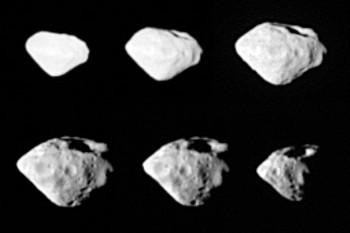 Rosetta’s scientific goals always included the possibility of studying one or more asteroids from close range. However, only after Rosetta’s launch and its insertion into interplanetary orbit could ESA assess how much fuel was actually available for flybys. 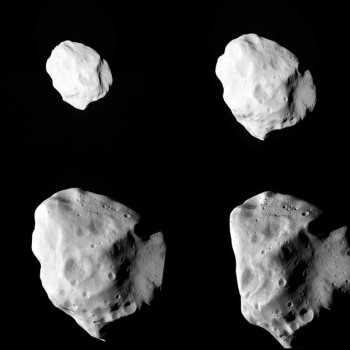 Asteroids are primitive building blocks of the Solar System, left over from the time of its formation about 4600 million years ago. Only a few asteroids have so far been observed from nearby. They are very different in shape and size, ranging from a few kilometres to over 100 kilometres across, and they also vary in composition.

Asteroid Steins was eventually visited on 5 September 2008, and turned out to be a stunning diamond-shaped object about 5 km wide.

Read about the Steins flyby: Steins: A diamond in the sky

Read about the Lutetia flyby: Rosetta triumphs at asteroid Lutetia