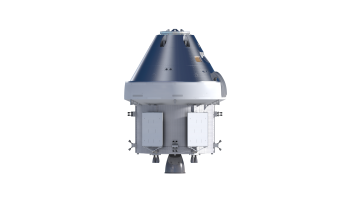 Artist’s impression of complete Orion with folded solar wings as it will look like next week. Credits: NASA

From 15 July 2019 technicians at NASA’s Kennedy Space Center in Florida, USA, will start to connect the Service Module – the European Service Module and Crew Module Adapter – to the Crew Module. This is the first time we will have images of the whole Orion spacecraft for real, no more artist views, no more scale models, not the Structural Test Article but the full spacecraft that will fly farther from Earth than any other human-rated spacecraft ever has before.

Almost exactly fifty years ago, on 16 July 1969 Neil Armstrong, Buzz Aldrin and Michael Collins blasted off from the same Kennedy Space Center on their iconic mission to the Moon. Now we are seeing the next generation of human spaceflight spacecraft gearing up for a return to the Moon.

The process of mating the two halves will take just over a week and take place in the Final Assembly and System Testing (FAST) Cell that is in the Neil Armstrong building at Kennedy Space Center. Lasers are used to measure the dimensions of the interface, and then shims are made as needed to get good connection for further assembly and torqueing bolts. 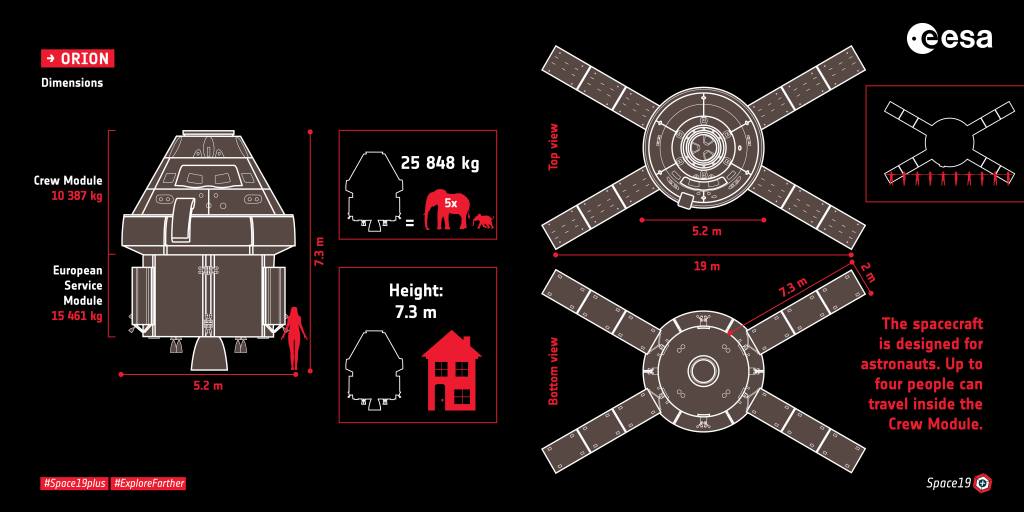 Once complete later next week, the spacecraft will stand taller than a two-storey house. Pipes and wires are connected next with an initial power on foreseen for the end of July. Testing of the complete spacecraft will happen throughout August. In September Orion will be shipped to the NASA’s Plum Brook station in Ohio for thermal vacuum, thermal balance and electromagnetic interference tests.

ESA is celebrating the 50th anniversary of humankind first setting foot on the Moon and paying tribute to the men and women who took part in this endeavour, some of whom went on to work in later NASA, ESA and international space programmes. Today, ESA and our partners are busy preparing to return humans to the surface of the Moon. During next week, we will focus on the different lunar missions being prepared by ESA and highlight of some fascinating European contributions to lunar exploration.

Leave a Reply to Steven B. Harris Cancel reply